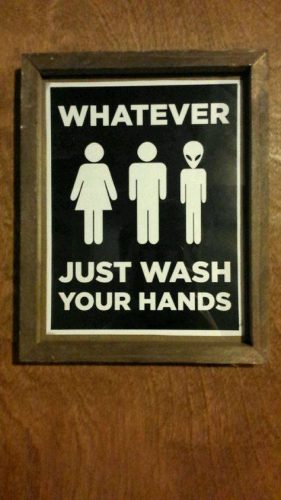 No. I’m not talking about me – although I can relate to the title! It came to me when I was watching a BBC documentary about that ‘text book’ Aquarian, Germaine Greer. As I have mentioned before, although rulership of Aquarius is given to Uranus since his discovery in 1781, I think it’s not as good a fit as other planetary combinations. To me, Uranus is more radical and disruptive than Aquarius. The old ruler is Saturn, which many astrologers still use. I agree that there is still a lot of Saturn in many Aquarians. Not me of course! Most Aquarians I know don’t like the idea of being associated with Saturn. 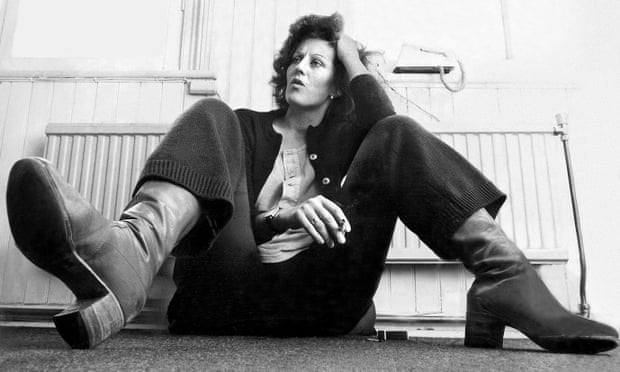 Germaine Greer is not only an Aquarian, she is also very Uranian. So her rebellious, outspoken nature aligns to the planet as well as the sign, making a distinction between the two very difficult. However, she is also an expert in the fields of English and women’s literature. A touch of Saturn there, perhaps helping her gain academic gravitas. She has held several academic positions in her life.

On an entirely different note, a little while ago, I was discussing Greta Thunberg, and she came up in conversation in our Dangerous Women workshop too. If you haven’t seen her yet, her TED talk is below. She’s the 16-year-old Swedish ‘phenomenon’ credited with starting the activist movement for children to stop global warming and climate change. Greta has been diagnosed with Asperger syndrome, OCD and selective mutism. She says it helps her see clearly in black and white. She’s very critical about how the world is handling climate issues and has been given a platform at the UN Climate Change summit and at the recent Davos World Economic Forum. She refuses to fly and lives her life in accordance with her beliefs, and she took world leaders to task in Davos for using private planes while claiming to support climate change measures. 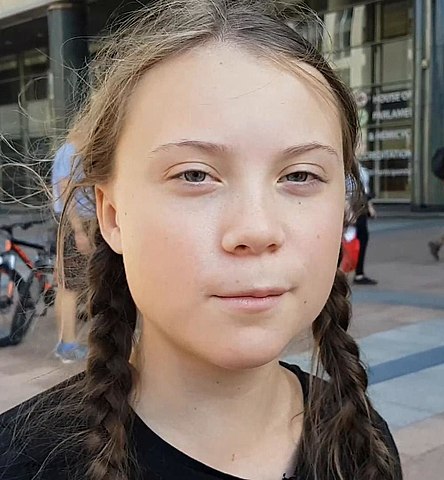 I was hoping that she might have a bit of Aquarius in her chart. She does –  but not as much as I would have hoped, although I don’t have a birth time for her so she may have a bit more Aquarius energy than I currently can see. She’s very Capricornian – i.e. Saturnian and you can see this in the way she wants to stop talking and get things done and also in her putting blame and responsibility firmly at the feet of adults! She wants leaders to panic. However, like Germaine Greer, she does have Uranus picking up her Sun, which, to me, means that they both have a calling to wake up and change the world. To be rebellious and to speak out.

Greta is hard to misunderstand, she says clearly what she wants. Germaine does too. However the world seems to want to create a narrative around rebellious people. So far, there have been comments about how Greta is too young to have these ideas and it is all a publicity stunt for her mother’s book launch. Hello! Wake up world – teenagers are not afraid of expressing their good ideas now. They have always had them, but these ideas were frequently not taken seriously. Teenagers are fighting for their own future – we need to take them seriously.

Germaine Greer is difficult, outrageous and very bright. She says exactly what she thinks but this is frequently taken the wrong way. If you look her up online you will find her labelled a feminist, and most people would now assume that she was and is, which is why many feminists are angry at her views on trans-women, and rape. She has been de-platformed because of these views. However, she says herself she is not a feminist and never has been. It is correct to say her book, the Female Eunuch, was a huge influence on feminist uprisings, but that doesn’t make her a feminist, whatever the definition of it is these days.

Her book was a brilliant analysis of what she saw in the world. Aquarians have opinions! It doesn’t mean she wants to help other women. I once said in a lecture that I was never a bra-burning feminist in the ’60s and one woman got quite offended. It doesn’t mean I didn’t want to support women getting a better deal or find out who they really are. But this woman assumed I meant I was against women’s rights. One article called Germaine an individualist, and I think that’s a much better term for this energy. Everyone has the right to do what they want and be who they are – including men. I agree with this but I suppose I would identify as a feminist depending on the definition. We Aquarians do hate being put in a box.

Germaine has said she doesn’t believe trans-gender women are women. The judgement on this is that she is somehow putting them down. It’s very similar to a lot of things that Jordan Peterson says – I wrote about his spat with Cathy Newman in my last Aquarius post. Assumptions are huge when these ideas are aired. They are just opinions. But many think there are hidden messages behind them. I don’t think trans-gender women are women either! That certainly doesn’t mean I wouldn’t honour what they want to be called or value them as human beings. It depends on your definition of women. I think anyone trans-gender is something much more special and interesting! But if you dare to express the view that they aren’t women it is seen as an insult, which in my case is certainly not meant.

There was a similar row when Jordan Peterson objected to using gender-neutral pronouns. He has no problem with using a pronoun that a person chooses or with trans-gender people – his objection was about being ordered to use particular words. Many thought it was a slur on trans-gender people and disrespectful, but Peterson saw it as an issue of free speech. He too has a very Uranian way of speaking.

Bathroom Sign from many sites -can’t find the original to give credit.

What do these three have in common?

Being Uranian means you care little about what others think of you. Greta says it well – “I don’t care about being popular.” If you want to wake up the world and be brave enough to be honest, you need Uranus’s ability to think in black and white, without emotion, and call it as you see it. To think objectively, even coldly, and in systems. Peterson’s manner can be Neptunian, angry and sometimes nasty but his ideas and way of thinking aren’t. I think these three people ‘do Uranus’ and are very authentic. And perhaps because of this, they have a huge following. However taken too far this can result in being geeky and autistic, lacking connection with others.

At our Dangerous Women weekends we spoke of the need for women to become more dangerous. That means in a good way – by using your own authentic type of dangerous. Greta is doing this already at age 16. She is both Uranian and Saturnian dangerous. A revolutionary teacher calling for change and responsibility, she has found her calling early. I wonder if the surge of people being diagnosed with autism is a way of counteracting fake news. Do we need more people who tend to see things in black and white and take what is said literally, to redress the balance? To state the truth so that things change. One of my examples of ‘Uranian dangerous’ in the workshop was Stormy Daniels. I wrote about her in my  Libra 2018 post. She is different, honest and open, and proud of who she is. Like Germaine and Greta, she can’t be shamed or put down because she is authentically herself. That makes all these women a danger. Bring it on! For the men too of course …

and for something different – Jordan Peterson on astrology.

An interesting article on The life of Germaine Greer

“We can’t save the world by playing by the rules.” Greta Thunberg.