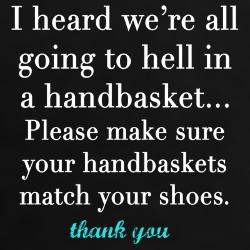 Despite the news, I am still hopeful about the world. The weather here has been great and I have been posting tulips on FB as an antidote to the news – maybe it helps. It’s Tulip Festival here and so they can be seen everywhere you go. 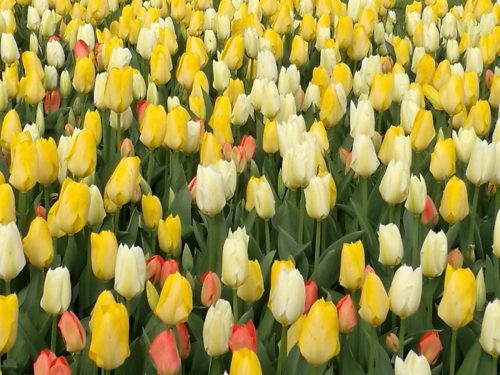 On the corner – my photo

But Aries time has brought a lot of aggression, one negative manifestation of this sign. It’s been a sad month while the Sun, along with other planets, has been in the sign of Aries. It started with the Westminster attack and we have had more deaths in St. Petersburg, Stockholm, Egypt and of course Syria, showing the negative masculinity of this sign. Aries can be trigger-happy and competitive – wanting to show  ‘mine’s bigger than yours’. To hell with any innocent people caught up in the crossfire of this male rutting. And yes, they are pretty much all men – with the possible exception of the sabre-rattling of Theresa May concerning Brexit. So far there have been no deaths linked to that, but sadly plenty of aggressive behaviour for all sorts of reasons.

Aries Overdose
At the start of this astrological year – this year on March 20th here in Amsterdam – we had a lot of focus on Aries with Venus, the Sun and Mercury passing through this sign. These planets move on relatively quickly, but Uranus and the dwarf-planet Eris (the same category as Pluto) will stay there for a while yet and these are clearly involved in the global picture. Eris is an angry young woman. She is Mars’ sister and is a warrior archetype. She is also a whistle-blower. Her sidling up to Uranus makes this a pretty powerful tinderbox of energy – one spark is all it takes to ignite rebellion. In mythology, Eris was instrumental in starting the Trojan War. The Sun has sprinted through Aries and spent a day with this dynamic duo around April 13th, a charged time – from Cyclone Cook in New Zealand to nuclear tests in North Korea and the “Mother of all Bombs” being dropped in Afghanistan. Hopefully things might calm down a bit when the Sun enters Taurus on April 19th. We are learning how we can deal with this type of sudden hostility, but I will welcome the hopeful calm of Taurus. 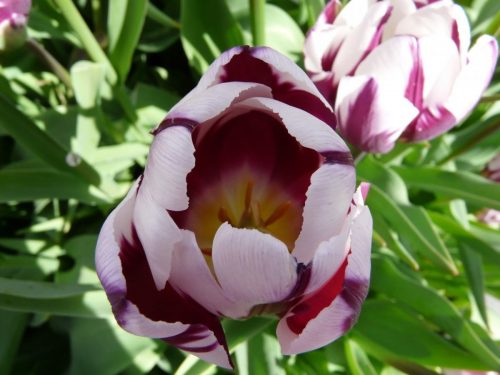 On the Rembrandtplein Amsterdam – my photo

The main country players
As I have mentioned before, countries have horoscopes. Because of their history, they often have more than one, and it is difficult to determine which one to use. I tend to use the horoscope for the latest regime change, but getting times and dates is always difficult. I give details below for astrologers, with explanations of the events. I wanted to look at the fighting/defending strategies of five important countries as well as their leaders, as that might give an independent view of what to expect. It also might be useful input in any negotiations if these remain a possibility, although it is unlikely that any world leaders would take my advice! Astrology for me offers a tool for analysis, which is especially helpful now that I am getting to the stage of not believing anything I read!

The five
Syria, Russia, China, the US and North Korea. These definitely have the eyes of the world upon them and may determine what kind of world we are heading towards. So how will each country defend itself? How will it fight? What is the general approach to any conflict? For that I look at Mars in a country chart.

What surprised me is that Russia is the only one without Scorpio/Pluto characteristics. All the rest either have Mars in the sign of Scorpio (North Korea) or have Mars making what we call an aspect with Pluto. This is powerplay. The total determination to win and be in control, no matter what. It can be cruel and take no prisoners. (Of course this archetype could also work in a positive way but I don’t see that happening now.) The way of winning could include subterfuge, lying, cyber attacks, manipulation, bullying, spying and general underhandedness. This energy is under the surface so we don’t really know what is going on. Trust is a huge issue for all these countries. Russia is not devoid of Scorpio energy, she has Venus there in the chart I am using, so these qualities are valued, loved even, but the way of fighting and defending is more fiery. Russia does ‘Sagittarius/Jupiter strategy’ and has the arrogance to play top dog. Or god? Their way of defending is long term targeting. They have a plan and can see the bigger picture.

As well as the Pluto qualities mentioned, the US and Syria have Mars in Gemini, which, on a good day, could mean discussion. But I think the other qualities mean there is no longer trust. And Gemini can get distracted by other’s actions and strategies. I’m not sure about Syria but clearly the US is short of a plan. China has Mars in Leo, indicating a country that wants to be seen as a leader with power. It wants to be in charge of any strategy and, as has been said often, will not want to ‘lose face’.

Between countries this points to an explosive mix, but it feels to me as if Russia and China expect to be top players, although no-one wants to lose. There are no negotiators here. If Pluto energy could be used positively we might not need to be headed for hell – with or without a handbasket, but I’m not sure the current leaders have developed enough consciousness to use this energy wisely.

Important things from a T-shirt

The US
It is always fascinating to see how a leader fits a country chart. The only one I have a birth time for that I trust, is Trump, and this shows his Mars in all its glory. It was coming up on the horizon in the sign of Leo when he was born – a powerful symbol and one he demonstrates daily! His approach is to stir it up; show ‘I am a powerful man’; punish; an eye for an eye; blow it up. No astrologer would be surprised that when given options for Syria, (or any other conflict) by his advisors, he chose that macho option – bomb them! He thinks it shows how wonderful and powerful a leader he is, but many see it as an in-the-moment, not-thought-through, immature action he takes all the time. He is doing his horoscope to perfection, a pity it’s text book negative.

As any leader would, Trump has many connections with the US chart. However as a Gemini, he triggers Mars in the US chart. His Sun Uranus connection (an awakener – read my earlier post for more on this) falls exactly on the US defending and fighting planet. He is the right person to defend borders and stand up for the US, as he has said all too often. The question is whether he can do this without much heavier repercussions. A good warrior does more than just dish out punishment. A good hunter only kills what he needs.

China
It was fun to see the press reporting on the fact that both Trump and Xi Jinping are Geminis when Xi Jinping visited the US recently. In fact their birthdays are only a day apart. I loved this image. 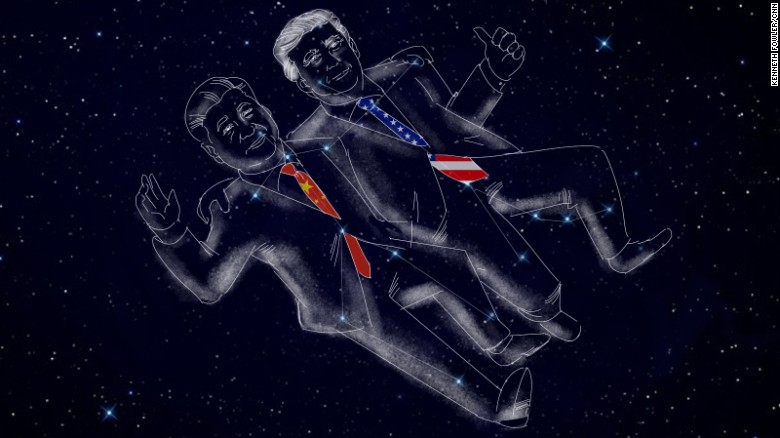 The constellation Gemini on CNN article about Xi Jinping and Trump!

Xi Jinping has Mars in the sign of Cancer, so he will be out to protect his homeland and his people. It’s an emotional Mars that will defend as a mother would if her child was in danger. His connections to China’s chart trigger China’s need to be in control and the need to be right. He also triggers China’s ability to act in an authoritative, unexpected manner.

Russia
Putin has Pluto picking up Russia’s Sun meaning, I think, that Russia triggers his need to be in total control. Putin and the country both have Mars in Sagittarius so strategy is a high priority.

Syria
As might be expected there are very Plutonic connections here. Al-Assad has the same as Putin with Russia, his need to be in control is triggered by the country chart. He also has his Scorpio Mars, which also emphasises control, picking up Syria’s power planet Pluto. This highlights the deadly mix of total devastation and secrecy I think. Al-Assad and Syria are like a couple that are bad for each other, egging each other on to more cruelty and abuse.

North Korea
All data for North Korea is surrounded in secrecy. It has a very Plutonic style and way of defending, with Mars in Scorpio. Kim Jong Un is totally in line with this, his need to be totally in control falls on the NK Mars. Again this is a relationship that highlights cruelty and abuse, just as in Syria.

Here again, it appears that Russia and China might be the key to any sort of compromise while these leaders are in place. But compromise is probably not the right word – perhaps they need to take the next step – one that might not kill us all. But the other countries’ leadership just highlights fighting, winning, control and war. It is a frightening prospect – something you don’t hear me say often – while these leaders are in office. So maybe a strategy of getting rid of them all is the best, as changing the country chart is a bigger project. More tulips needed! 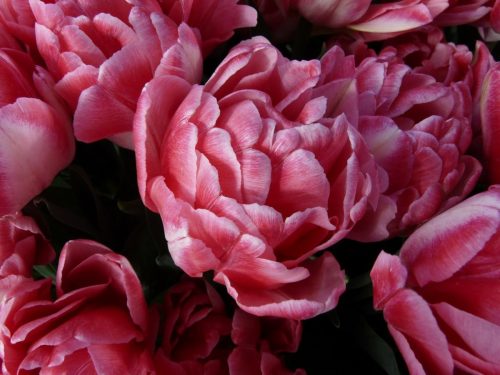 Since it’s Aries time – my own posts – here’s some I made earlier (and later). All on Aries and still relevant.

“If we do an eye for an eye and a tooth for a tooth, we will be a blind and toothless nation.” Martin Luther King, Jr.