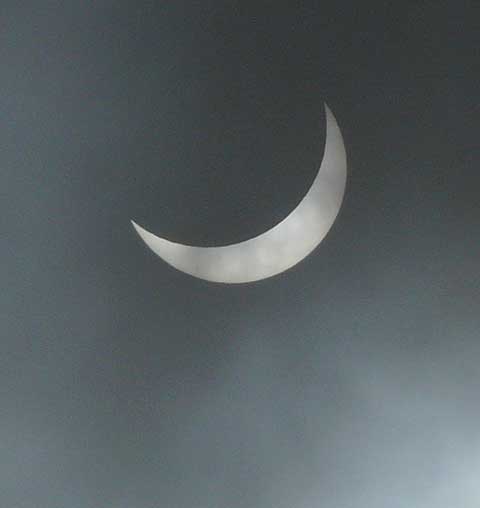 The new astrological year, which begins with Aries, started with a flourish on March 20th this year.  The week before had seen the last of the clashes between Pluto and Uranus.  There was also a new moon – an eclipse – on the same day as the Spring (or Autumn if you are down-under) Equinox.  And not only that, the eclipse took place right at the end of Pisces – the last sign of the Zodiac. A very special start to the astro year. Ending and beginnings.  It was because of this celestial frenzy that two of my friends (Jane Ridder-Patrick and Zelda Hall) and I decided to choose this time to give a workshop for women called ‘She who dares’. The beginning of a sign is strong and Aries is a great time to plant seeds for a desired future. It was a great success. Since too many women registered we had to turn some away, as we wanted to create an intimate group. Choosing to do the right thing at the right time clearly works! 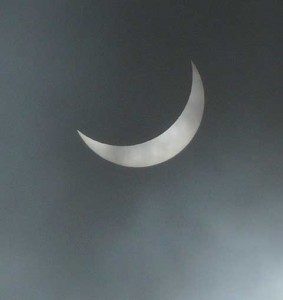 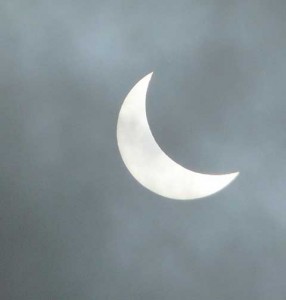 Solar Eclipse seen from my roof in Amsterdam

What were we thinking?

Our thinking behind the title was partly the fact that women sometimes need to be encouraged to ‘go for it’.  Many women are not at home with Aries – Mars energy, which is, of course, masculine by nature. We often struggle to stick up for ourselves. We are uncomfortable ‘selling’ ourselves. Or we try to defend ourselves at work the way men would do it, only to be criticised as being bitches or worse. Don’t get me wrong – many women are finding their feet in doing this. And yes, I must admit some really are bitches! But even in this day and age, getting the balance right is tricky. How to stay feminine, and still be clear and wilful in a good way, remains a challenge.

What were they thinking?

At the moment there is a very interesting documentary on BBC called Sex and the Church. It explains a lot about the history of how we got to this point on the subject of views around sex and, in particular, male dominance. Men are allowed to be leaders, in charge and ‘Martian’ and women are most definitely not. The women’s movement has come a long way in many countries, however many who fought for women’s rights back in the sixties, feel that younger women have forgotten what the fight was for. Some young women are saying they are against feminism, which they take to mean man hating. Having been there in the sixties I know we didn’t hate men! We just wanted fairness and equality. There is still a lot of sexualisation of women which can make women using Mars energy seem predatory. It was OK for Madonna to be provocative when she was younger but lately she has been hugely criticised over an on-stage kiss she planted on Drake  – mostly because she is 56! Too old and therefore a sexual predator. 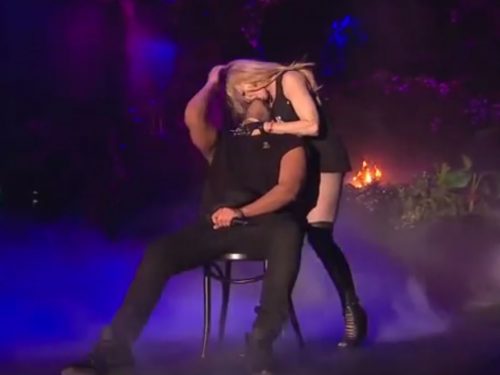 Madonna and Drake from the Independent

Back to the workshop… and men

It was a success, I think, because women are happy talking to other women. They take comfort from others’ experiences and they like the group dynamic. All very nice for us as workshop leaders! But then we started thinking about men! Yes that happens when women get together… This time though – no – not that way. If we are running workshops to get women to ‘go for it’, what might that mean for their relationships with men? Men have always been at sea on the question of what women want. But now, as many women start coming into their own, men have even less idea about how to ‘handle’ us. Having men as clients, I know how much they can suffer in trying to fulfil the role society places on them. A role that often contradicts what partners want of them or how they want to be themselves. This dilemma is often referred to as the ‘Man Cage’ or the ‘Masculinity Trap’ and on Facebook and other places on-line we are seeing men reacting to this challenge with either anger – ‘why should women get even more support?’ and worse with vitriolic trolling. But there are also very thoughtful blogs about such topics as fatherhood, which voice these dilemmas. And a lot of men’s activist groups. Advice on how to be a man is also plentiful! 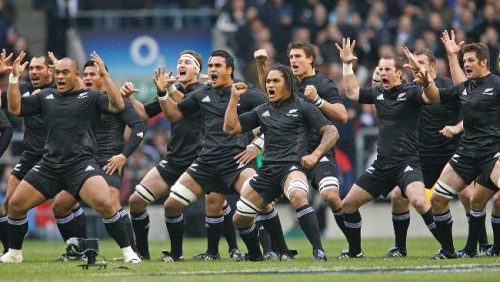 Many people are recognising that the women’s movement has thrown the whole battle of the sexes out of whack. Let’s face it  – women don’t know how to be women and men haven’t a clue how to be men. What does being either even mean?  It does perhaps open the door for being a bit of both, a positive development in my book, but confusion reigns. So Zelda and I decided, in the name of equality of course, that we will run a workshop for men! But what can we help them with? Should we tell them what women really want?  Come to think of it – what do we really want from men? And who are we as women to run a men’s workshop anyway? Shouldn’t it involve chopping wood and setting fire to things and teaching the Maori Haka? Isn’t that being ‘manly’?  I do have a shed – that might qualify me! But now I hear I should have a ‘She Shed’ – I haven’t even got that right!

What do we really want?

Last week I was at a party where one of the men told me that the reason it was easier to talk to women (I hear that a lot!) is because men don’t listen! I hear that a lot too but always from women. This was the first time I had heard it from a man. Perhaps that’s where we should start – to listen and to try to get men to listen to other men. What I want to do in my work is to get all people (and probably animals and plants but that’s another story) to be who they truly can be. A horoscope is a great basis for discovering what this might be. Both men and women need to express Martian energy. That means giving yourself permission to be allowed to want something and doing it the way you want to. Mars-Aries energy is about will, but many of us have given up the idea that we are allowed to desire something. I work on this a lot with clients. With the best ‘will’ in the world parents often impose what they want on their children. One strategy adopted in dealing with this is to give up wanting anything. Many people have to re-learn to express what they want.

What do you men want?

So I think part of our men’s workshop will be trying to create a space to help define what each participant actually wants in terms of work, relationships and on having and being a father. And to facilitate expressing it. We hope men will be encouraged by other men’s stories and struggles. That’s why we are choosing Gemini time to give the workshop. We are curious to know how men feel about the Man Cage. Do they still feel responsible for bringing home the bacon? Do they want to be ‘soft’ partners? Or do they not want to be so careful as fathers and let their kids take more physical risks? How does fear play a role in all this? How can a man express Mars-Aries energy in the 21st century? Calling all men – we would like to hear from you about what you want in a workshop! And everyone – please don’t tell your man he has to attend – we only want men who want to attend – but do tell him we are organising this workshop! Perhaps it really should be ‘He who dares!’

This is a very moving article by Lindy West on trolling – if you are sensitive to swearing and abuse don’t click on the link in this article about the backlash from comedy fans.

An intro to BBC’s Sex and the Church

And here’s what a She Shed should look like:) – the answer to Man Caves.

“The soul has no gender.” Clarissa Pinkola Estes