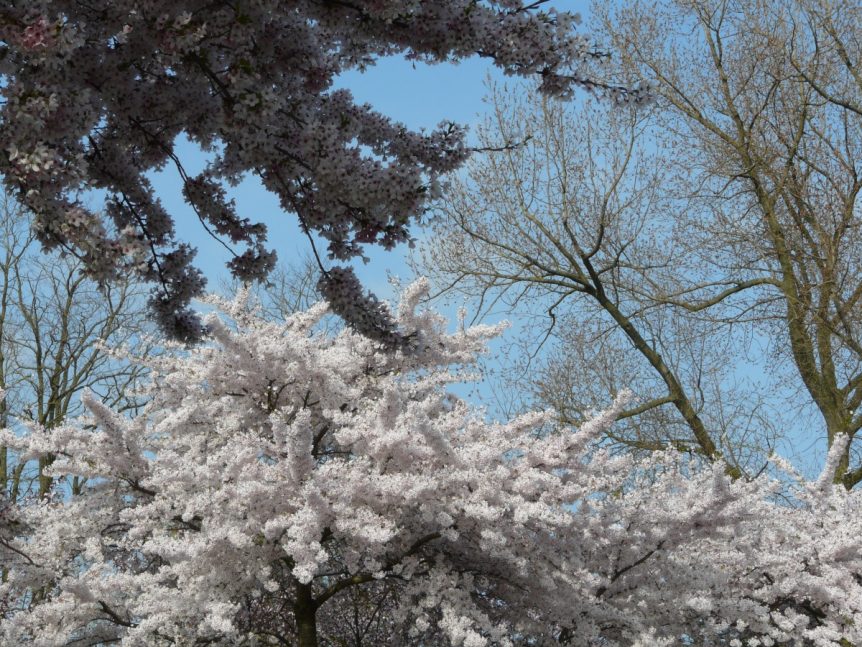 Everyone is at it.

Comey beating up Trump, Trump beating up Syria. Syria killing people. The people against Theresa May. May and Putin in the clinch and Macron getting in on the act. Jews and Arabs … again, and so it goes on. Celestially the gods have been at it too. It’s been a triggering couple of weeks in the sky. Mars, the lord of Aries, the battering ram, has been having a field day, with bombings and all manner of fights. How was it for you? Any conflicts? 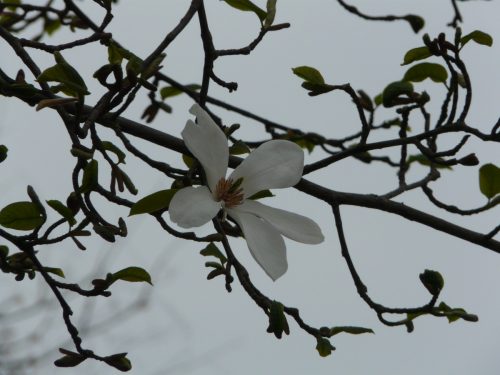 This month I’m going to use my photos taken in Amsterdam as Aries is also the sign of spring which we finally have here in the north. And I’m sick of war stories! We see far too many of those.

Yes, fire with fire is a good homeopathic idea – if it was positive. However that is not really what we have seen. This month I take a look at how a few of the world’s leaders fight and defend. I won’t spent a lot of time on Trump as I have written on him before. He’s totally Marsy (very prominent in his horoscope) – short fuse, do it now, easily angered. And as a Gemini …  his medium of choice for his tirades? Twitter of course.

No longer I fear. As I write, the UK Prime Minister, Theresa May, is being beaten up by nearly everyone, including Jeremy Corbyn, the leader of the opposition, who is also being beaten up by nearly everyone about antisemitism issues within the Labour party. But I digress. May is under fire for going along with the US and France in a bombing raid on Syria. She had no parliamentary mandate and, according to many, no proof that Russia and Syria were involved in a chemical attack within Syria. This comes on the heels of a nerve agent being used in the UK on a former Russian spy. It is a scary time when anyone takes on Russia. But May thinks enough is enough. Russia needs to be held to account.

May is a Libra – in principle a sign of peace. But this also suggests that a sense of fair play is very important to her. She is tired of Russia constantly not playing by the rules. Mars (giving an indication of how we fight and defend) in her chart is in Pisces, a sign definitely not associated with punch-ups! I think May is (partly) truly acting out of compassion for the people of Syria. She also has a very strategic Mars, a big picture approach to conflict, unlike Trump and Macron. 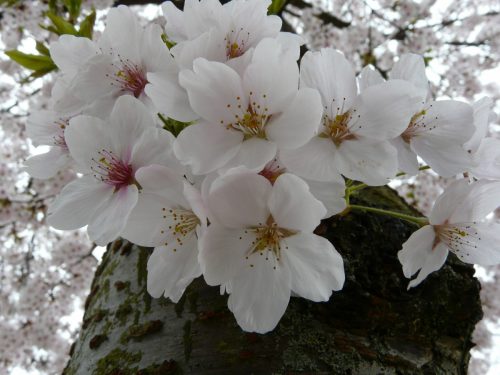 It has been reported that Emmanuel Macron encouraged the US to launch an attack in Syria. With Mars in the showy sign of Leo, the same as Trump, he probably knows which arguments to use when talking to number 45. Like Trump, he also has Mars in an aspect with the Moon, meaning, I would suggest, even though they both want accolades for their fighting prowess, that on some level both of them are attempting to protect and look after their own citizens. But Macron also has an aspect with Mars that means it is possible to show compassion in his actions, similar to May but unlike Trump.

May and Macron also share a Mars that is prepared to take unexpected or different actions. Uranus in contact with Mars, might mean they are both convinced they are right in their approach to a problem. I can imagine they both didn’t want to wait to attack, giving the element of surprise. They would come to an easy agreement on that. And Trump is very Uranian so would welcome a surprise attack too. So that’s what happened – the attack was earlier than expected. 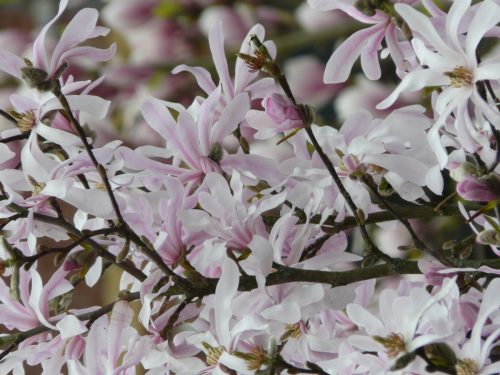 So one side of the Syria conflict shows leaders using Mars acting as Mars does – let’s fight, do it quickly and try to look as if we are doing something good for the Syrian people, albeit it with slightly different approaches from these three leaders.

In mythology, Persephone was a beautiful young girl and was therefore courted by many. Hermes and Apollo both tried their luck to no avail and Ares (Mars) tried too, bringing a spear and armour for the wedding and a shield as a gift. All offers were declined by Persephone’s mother Demeter (Ceres).

So Ares comes ready to fight and protect as did the US, the UK and France. But there is a lesson here for them. Persephone is just taken to the underworld by Hades (Pluto). He takes what he wants – no gifts, no courting, no chit-chat, flowers or chocolates. He leaps out of the underworld and abducts Persephone, which is the beginning of a long tale.

But he gets the girl! 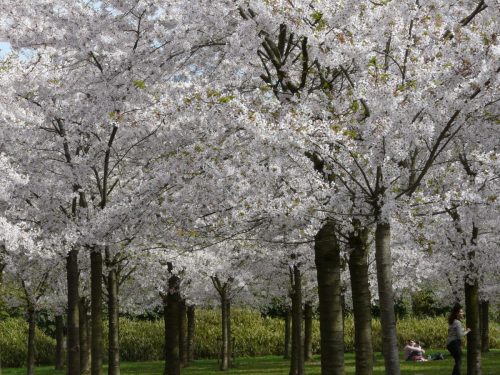 Putin and Assad are not fighting fire with fire. They are both using murky water! Assad has Mars in Scorpio – Pluto’s sign –  as well as having Mars connected to Pluto. Putin is also a very Plutonic character. Even though he has a strategic Sagittarian Mars, it too is connected to Pluto as are other elements in his chart. So they both take what they want. While everyone else is offering gifts to get the girl, she is already in the underworld. Using Mars to defeat Pluto is a hiding to nothing! Water – Pluto, puts out fire – Mars.

War is past its sell-by date

So no matter how many more senseless killings occur using fire power and bombs, war this way will never be won. A good article on this with extra reasons is in the links below. Someone whose work I really value is Scilla Elworthy. She states ‘War is past its sell-by date’. And she’s right. Her solution is in her latest book ‘The Business Plan for Peace: Building a World without War’.  Interestingly, Scilla has Mars in Aries contacting Pluto! But she offers good Plutonic solutions: Working with our powerlessness to help us step into our own power, and putting forward a business plan – the big money (Pluto) to solve problems.

Astreopathy is my term for using astrological homeopathy. You need to fix ‘like with like’. You can’t fight a Putin-Assad Plutonic war with Mars methods. So how might countries experiencing powerlessness in the Syrian situation act? With good Pluto solutions. Some of these are being implemented, such as taking on big money spenders – the Plutocracy! –  in various countries. The mega-rich who own a lot of properties in London will probably be targeted. Dealing with spies is also good. But this means having good intelligence and good cyber knowledge. Power comes from being able to be in control and the cyber world is one place where war can and probably should be fought. Again this needs to be pure and sensible power and intelligence for the good – not to kill more people. There will always be conflict in the world and people with power can be a force for good – they just need to do their own inner work so they can use power wisely. 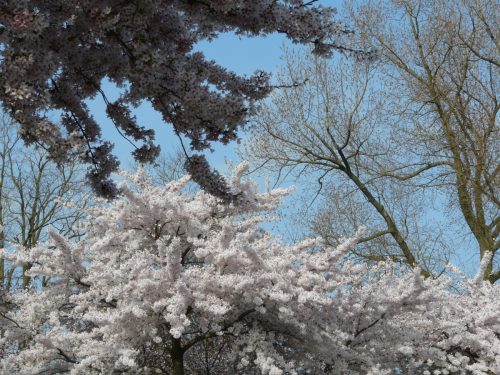 At the end of the Pluto, Persephone and Ceres myth comes peace. Ceres finally steps into her power and that’s when negotiations begin. Ceres starts negotiating by denying the gods what they want – food for the people – because Ceres knows these male gods need to be worshipped by the people, and that won’t happen if the people starve. What world leaders really need to do, is to see what current-day Plutonians really want – and deny it if they can. That’s why taking on rich Russians might be the way to go! Hit them in the very deep pocket. At least that might kick start some dealing as it did in the myth. Hopefully this is some food for thought for leaders, and for you if you are feeling disempowered.

Interesting websites of the Month

An interesting article by the popular Yuval Noah Harari,  ‘Why It’s No Longer Possible for Any Country to Win a War’

It seems things aren’t really changing – I wrote on the same thing last Aries time with a slightly different focus and some different countries. Sigh…

Mars is masculine and Scorpio is feminine is astrology. And of course in the myth it was literally a woman who started negotiations to gain peace.

“All over the world, in all systems, we see the devastation caused by the old ways of thinking that cut across societies, geographies and generations. Feminine Intelligence – available to men as it is to women – is needed to face the current crises and bring a radical shift in the way we live and lead.” Scilla Elworthy.