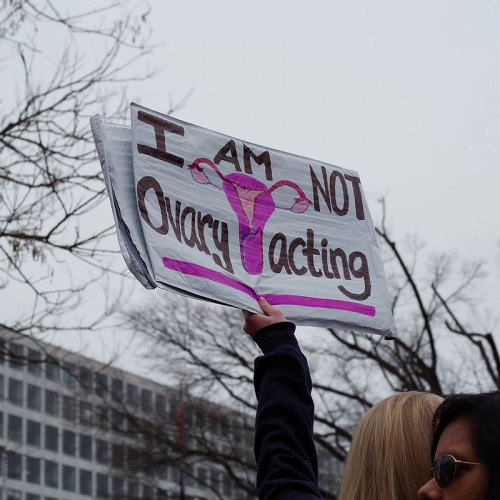 The sign of Cancer is the symbol of motherhood, associated with nurturing, breasts and wombs. Ruled by the Moon, it is a sensitive, watery, reflective sign. It is perhaps not surprising then that Roe v. Wade, the judicial ruling that allowed abortions in the US, was overturned at this time of year, on June 24th. This brings the whole idea of women’s rights and motherhood to the fore yet again. Haven’t we been here before?

There are two sides in this heated debate, (as with a lot of things these days in our polarised society). The pro-life side, which often has associations with religion … 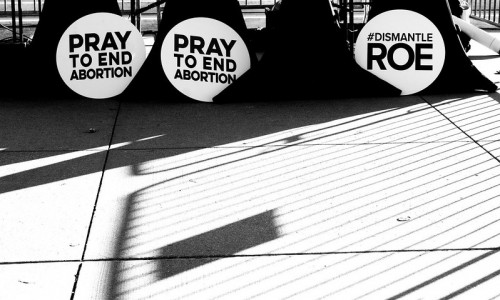 and the pro-choice side, who are very angry and worried about democracy and women’s safety … 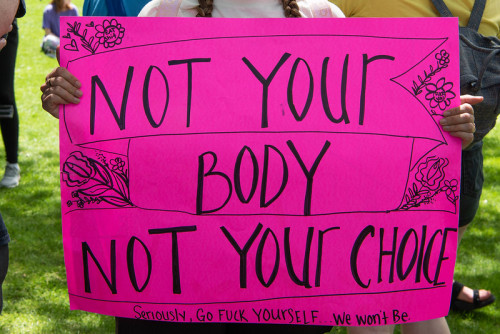 I have never had an abortion, although I probably wouldn’t have hesitated when I was young. Luckily, I no longer need to worry! But if I did, I would be very torn about a decision now. I have been around many women who have had abortions, particularly my clients, who often need a listening ear. But I also know several women personally, all of whom felt very differently about their actions – from ‘a no-brainer in the situation’ to ‘very difficult’.

For most of my clients, it was a very difficult experience. They were often persuaded by others – mothers, husbands, partners or doctors – and felt they had no choice. Some even felt they were being punished for it, as they were having trouble conceiving in later life.

In my own family there were five women who had back-street abortions, including my own mother. It was before the second world war, and she described it as a terrifying experience. Business-like, cold, uncompassionate, secretive and ‘don’t contact me if anything goes wrong.’ My father’s first wife died of Septicemia through having an abortion, and an aunt was left infertile. The other two went on to have many children later. So it is not a new phenomenon, although fewer people spoke of it in those days.

But at least in many countries it has meanwhile been made a safer option. Until now in the US. And Poland is another case in point. Since 2021 it now has some of Europe’s strictest laws in place with a near total ban on abortions. This fuels fears that desperate women wil be put in danger again.

Of course there were also kids at my school who had their babies and gave them up for adoption. As it was with abortion, many women were traumatised by this too. Any decision taken by women regarding unwanted pregnancies, needs to be carried out safely and with compassion, including adoption.

What would Ceres do?

So I asked myself, “What would my favourite mother goddess do?” As I have written before, as the nature goddess, Ceres is protective of all living things, and I think the heat and destruction by fires here in the North is her warning to us about what we are doing to the planet. But back to the matter at hand. I think she might be quite conflicted about abortion. So I decided to look at the two planets that represent motherhood in western astrology, the Moon and Ceres, and contemplate what their thoughts might be.

The Moon and Ceres

On June 24th, when Roe. v. Wade was overturned, both the Moon and Ceres were getting a visit from Uranus. You could read this as: they both need to change, they were both in shock, they are both rebellious! Whatever it means for them, it is certainly a wake-up call for all of us as to how women of all ages are treated. Let’s take the Moon first.

The Moon has always been associated with motherhood in western astrology. Until Ceres was upgraded to a dwarf planet in 2006, the Moon and Venus were the only ‘female’ planets. Venus represents the young, beautiful woman, whereas the Moon, although young, is ready to be a mother and look after children. Apparently, older women didn’t deserve a planet when Ceres lost her planetary status around 1850, after having been a planet since 1801. That says a lot about how women are represented in society.

The Moon is a young mother of babies. She gives birth and (breast-)feeds her children. She often fits with a model of father ‘brings home the bacon’ while mother cares for the home, which is also a Cancerian principle. Her job is to raise children, and in days gone by, infertile women were sometimes seen as failures. In some countries they still are. A good Moon mother will fiercely protect her children and her pregnancies. She is an emotionally connected mother. If women are still in this model and are happy with it, they might be against abortion. For single mothers and working women today this is much more complicated. The mothering principle can still be strong and positive, but society has demands that interfere with this.

What probably should happen when children get older is that a ‘ Moon’ mother lets go of her children, and lets Ceres take over.

Since 2006, when Ceres was reinstated with planetary status, women are once again increasing the challenge to patriarchal systems. We are becoming more aware of this archetype. In the main myth, Ceres is the mother of a teenager. She leaves her daughter with others while she is away. So her daughter, Proserpina, is growing up, is able to get pregnant and has some autonomy. Ceres is earthy and practical. Like the Moon, she also knows about nurturing, but does it in a very different way. A good Ceres mother should provide a stable and encouraging environment for her children to develop. As the goddess of grain crops, she is busy with the future. Her focus is on providing food for later, when the harvest is due. She wants to help children grow to their future potential.

And that’s the rub. Although she protects life in all its forms – including seeds – she will weed out plants that will not reach full growth so that others can thrive. I think she would find abortion difficult, but looking to the future for both the child and the mother, I think she would be pragmatic, and sometimes be pro-abortion, based on the viability of both lives.

The internal dialogue between Ceres and the Moon, at both personal and global level, describes the dilemmas around abortion. However, what Ceres definitely doesn’t want is to have men telling her what to do. She says no to Jupiter and Pluto regarding her daughter. And they reach a compromise. This is what any abortion law needs to do, but the men need to get out of patriarchy mode. Only when Ceres showed her true power did negotiation become possible. Women need to learn from this. And we are. 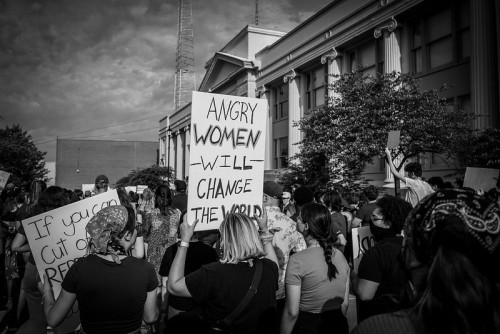 It’s no surprise to anyone that men have made decisions regarding women’s bodies for years. This has often been religion based, such as with the Taliban. And in most religions, men have a higher status. Roe v. Wade came amid fights for women’s rights. It was, and is, about much more than abortion. And we have come a long way.

There are many men who are, or would be, wonderful fathers, and who are heartbroken by losing a child to abortion, especially if they didn’t know. But they too need to learn to let go of their daughters at some point and not interfere in decisions. Men need to be involved in the decisions, but men in the anti-abortion groups are acting like controlling fathers. And they are used to having the privilege of ‘what I say goes’. This is what needs to change so that we can engage in a proper dialogue around a very difficult topic. 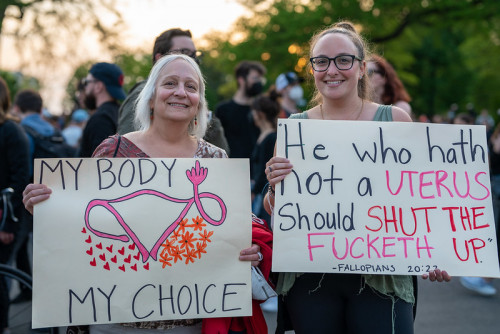 This legal decision was a compromise that really wasn’t a very good precedent. It was based on trimesters in pregnancy, which doesn’t equate to viability of the foetus. There are many opinions on when an embryo becomes a foetus. Whether life starts at conception etc. etc. The decision was also based on getting a (at the time usually male) doctor’s permission and opinion. It was an attempt to take certain difficult situations, such as incest, rape and genetic problems into account. But for the doctors it was not always clear. They could be arrested for performing or recommending abortions, and, in some cases, they were. For the pregnant woman, it meant she was still at the mercy of someone else’s decision –  again.

Hopefully this process might eventually result in better laws on this tricky subject.

What we all need to do

Women of all creeds and colours need to be involved in the negotiation of humane, compassionate laws around abortion. They are the ones who know how it feels to consider abortion. And they are still the main child-rearers. Ceres sticks up for the underdog, so she would advise a democratic process – not a ruling from on high. Pregnant women of all varieties need support. They don’t need to be blamed and shouted at, or fined. A decision based on whether a mother and child have the right support to enable the child to be raised appropriately, should definitely be part of the equation. 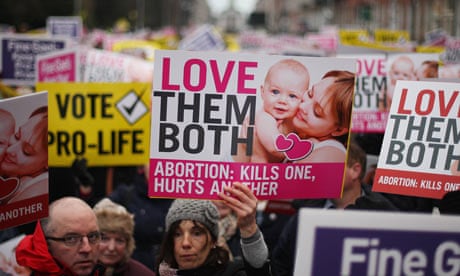 If there is a way to support a young mother who would shower love on her child, rather than be made to feel she has no other choice than to have an abortion or give up her child, what a better world it would be. And of course contraception and family planning should be available and part of health care, regardless of beliefs.

Being divided into two camps has never solved a problem. Negotiation, compassion, protection (in the way a woman wants it!) and a bit of pragmatism is what is needed. This would be a good combination of both Moon and Ceres ‘mothers’.

A bit of background on the original Roe v. Wade. Incidentally this was a decision from an all male Supreme Court.

Perhaps of interest. Roe v Wade was never a law.

A thoughtful article by Peter Wehner. The only reasonable way to debate abortion.

Some more positive developments for women in the UK.

“Abortion isn’t a lesser evil, it’s a crime. Taking one life to save another, that’s what the Mafia does. It’s a crime. It’s an absolute evil.”Pope Francis

“Some forms of motor neuron disease are genetically linked, but I have no indication that my kind is. No other member of my family has had it. But I would be in favour of abortion if there was a high risk.” Stephen Hawking

“When I was president, I announced and I still maintain that I can live with Roe v. Wade. I did everything I possibly could as president under that ruling, which I don’t think ought to be changed, to minimize the need for abortions. I think every abortion is a result of a horrible series of errors on the part of people involved.” Jimmy Carter

“Reproductive choice has to be straightened out. There will never be a woman of means without choice anymore. That just seems to me so obvious. The states that changed their abortion laws before Roe are not going to change back. So we have a policy that only affects poor women, and it can never be otherwise.” Ruth Bader Ginsburg