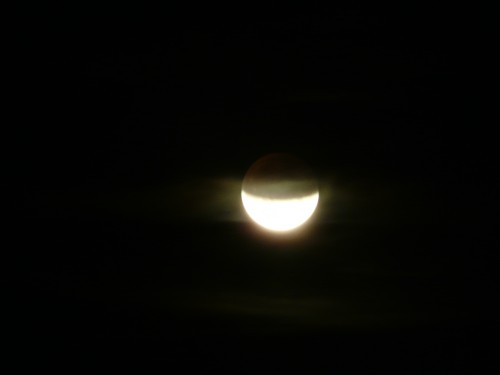 “Go back to where you came from!” This one from Trump, of course, addressed to the four US Democratic congresswomen known as ‘the Squad’. And from KLM – “Cover your breasts if you are breastfeeding!” 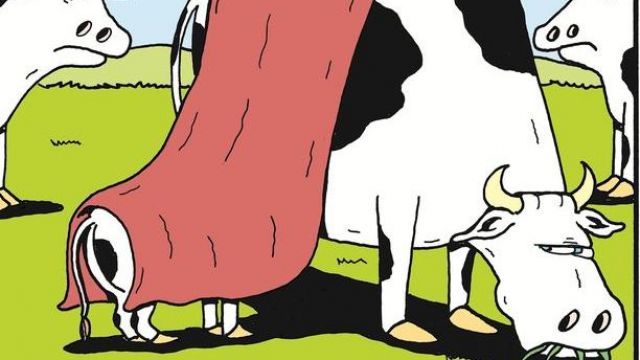 These are a couple of items that were in the media near the time of the Lunar Eclipse on July 16th and this news really fits the symbolism of this event. Another woman who was in the spotlight was Ursula von der Leyen, who was confirmed as the new President of the European Commission on the day of the Lunar eclipse. As a surprise last minute candidate, she achieved a narrow margin in the European Parliament vote, and becomes the first woman to hold this important post, which she will take up on November 1st this year.

So why all these women and their body parts?

Our sign of the month, Cancer, is ruled by the Moon, so (as an aside) it is a perfect time to celebrate the 50th anniversary of the Moon landing! The Moon has been in focus everywhere, both literally and symbolically. Apart from all the documentaries and news items, even my Sunday crossword was Apollo 11 themed. And the eclipse has had a lot of publicity too –  in my circles anyway! In astrology, the Moon is associated with women, nurturing, breasts, and emotional care-taking. Families, children and ‘home’ are often to the fore too, when Cancer or the Moon are prominent in a horoscope or in the sky. Patriotism (or nationalism on a bad day) is also never hard to find either! 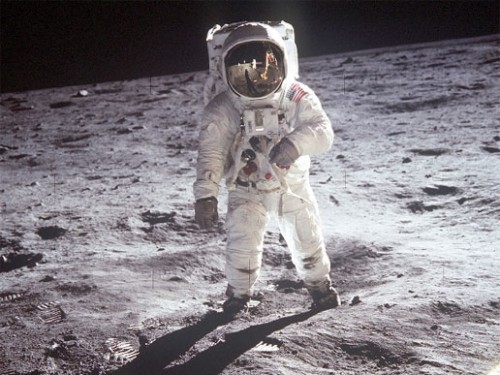 One of the most iconic photos of the 20th century – Buzz Aldrin on the Moon – taken by Neil Armstrong. ( NASA)

As I mentioned in a post about the Great American Solar Eclipse in 2017, I don’t work with eclipses. I have never found them totally convincing in my own personal life, but that doesn’t mean they are unimportant or don’t resonate with others. Many excellent astrologers use them all the time, having worked with them for many years. So they are more qualified than I am to give readings using eclipses. However, I love looking at the symbolism of eclipses, and the post mentioned above was called ‘Hello from the other side’, as I wanted to suggest a different way to view eclipses. The one referred to in the post was a Solar eclipse which happens at new Moon, and we have just had one of those too, as Solar and Lunar eclipses always come in pairs.

This time I want to focus on the Moon. Eclipses are all about light and shadows, and a Lunar eclipse, which only happens at full Moon, means that our glorious Luna has a shadow cast across her face. This is because the pesky Earth sometimes gets in the way of the Sun (read masculine!) At a total Lunar eclipse, such as the one we had in January this year, the Earth completely blocks out the light from the Sun to the Moon by standing directly between the two, and it is this symbolism I find so interesting.

This July eclipse was a partial one, meaning Luna was only partly covered. So I found the breast-feeding article quite amusing, symbolically speaking. Otherwise I find it ridiculous that people complain about breast-feeding and say that they are offended by it. They don’t have to look!  I wrote a whole post on being offended in my Aquarius 2018, although that is more about what is said, rather than what is done.) 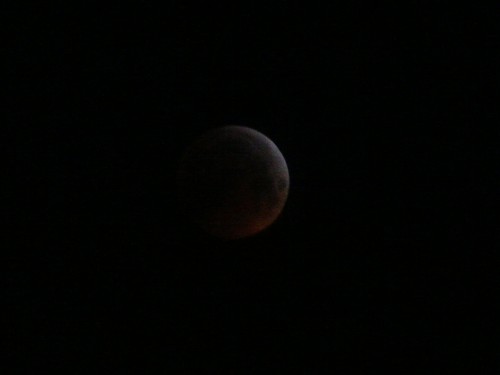 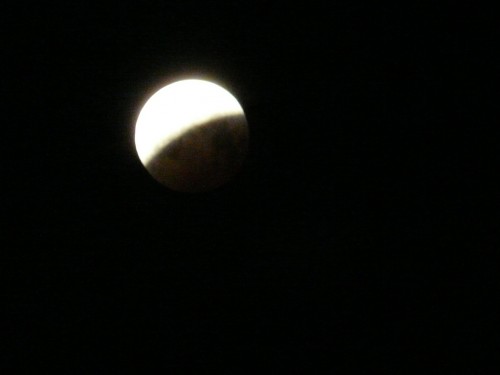 Luna halfway back to her full glory after the total eclipse.

We are all looking

Anyway – back to the matter at hand. In days gone by, eclipses were seen as frightening omens. I can imagine that if the light of the Sun or the Moon suddenly disappears and you don’t know why, or whether the light has gone for good, it could be terrifying. And we still have some of those memories in our DNA. But we have long moved on, and eclipses have been predictable for a very long time, so they are no surprise. In fact, with the current use of traditional and social media, millions of people know when to look to the sky for the beauty of these events. Eclipses in the general psyche are seen as fascinating and awe-inspiring, as opposed to scary and dangerous. All eyes are on the feminine, when Luna is eclipsed! Hence our women in the spotlight.

Not all eclipses are equal

So far I have described eclipses in general, however astrologers fine-tune each one by looking at the chart of the actual time of each eclipse. For the July Lunar one, the Sun was in Cancer, and the Moon was in Capricorn, so Cancerian themes are obviously highlighted, making it even more ‘lunar’ themed. This one also touched other planets, as they usually do, and this fact is added to any interpretation. The closest planetary involvement was with Pluto, so many have commented on the deeply transformative aspects of this eclipse.

Often, astrologers just discuss the Sun and the Moon and of course the alignment of their paths crossing, which is when eclipses occur. That is more rare than a normal full Moon, which occurs every month. To make it personal, astrologers look at where an eclipse falls in your own horoscope. This explains why some may affect you more than others as some trigger sensitive points for you.

What’s the Earth up to?

I’d like to focus on general symbolism and the fact that during a Lunar eclipse the Earth is doing something too. Is Gaia trying to say something by coming between our two luminaries. Is there a purpose for blocking the bright celebrations of a fertile full Moon, when the masculine and feminine look across the sky at each other?

The partial Lunar Eclipse on July 16th 2019 from my roof.

is made up of four women of colour, three of whom were born in the US. Alexandria Ocasio Cortez (known as AOC) has been the most prominent. She, Rashida Tlaib en Ayanna Pressley were all born in the US, and although Ilhan Omar is part of a refugee family from Somalia, she too is a US citizen. Trump’s senate-confirmed-as-racist tweet, telling them to go back where they came from, is totally inappropriate. Trump, symbolically represented by the Sun, had problems when he tried to aim his comments at these four lunar representations. Gaia, perhaps represented by Nancy Pelosi, the speaker of the US House of Representatives, led an attack against his comments. Not that he has backed down, but at least the House called him out for what he is! Nancy stood up for these women. 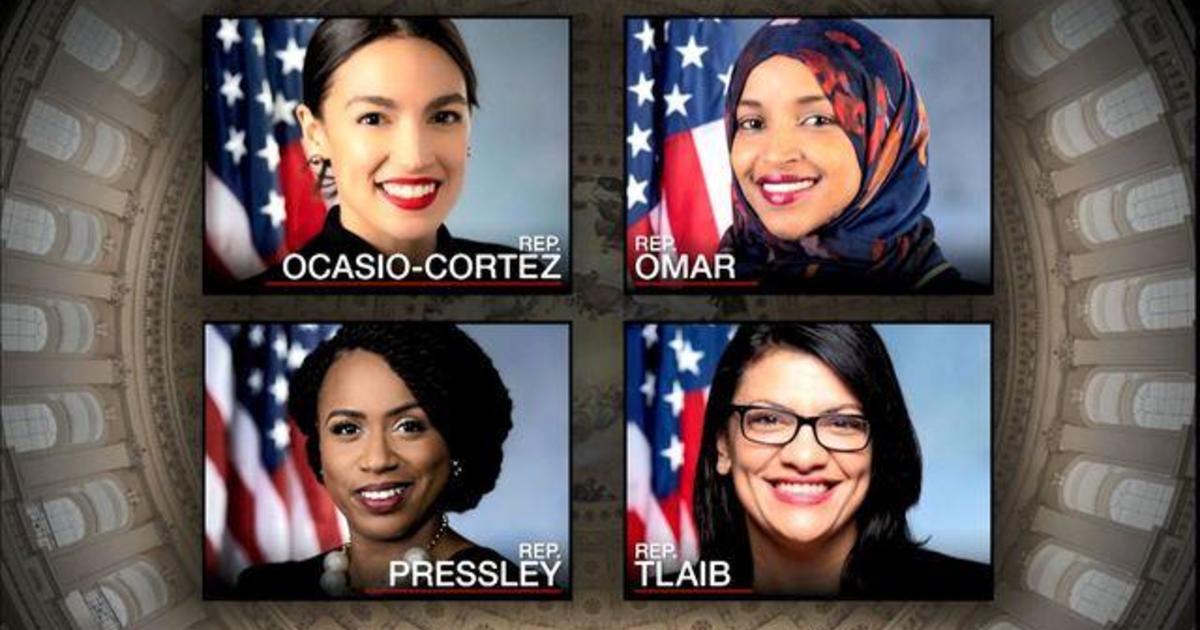 The Democrat senators known as the Squad

KLM received lots of backlash about their statement too.

The earth is often referred to as the goddess Gaia, however Ceres has a long association with the earth too. In my view she represents a wise, older women archetype and, among other things, democracy. She stands for purity and champions the disenfranchised. Interesting then, that Ceres the dwarf planet, who has been going backwards since April this year, turned to go forward on July 19th just after the Lunar eclipse. Politics and women are moving on and forward. Hopefully this applies to Theresa May and UK politics, as a new Prime Minister takes up residence in Number 10. My Brexit all at Sea post covers this.

Gaia-Ceres-the Earth seems to be separating men from women at a Lunar eclipse. She stops the energy of men reaching women, so perhaps women can be more powerful in their own right at Lunar eclipses. We do indeed look at the Moon at these times, but we see her without the glare of the Sun. The Squad are standing up to Trump on their own terms.

Perhaps the Earth intervened in the new EU leadership appointments as well. Suddenly all eyes were on the relatively low profile Ursula von der Leyen at the Lunar eclipse. She wasn’t one of the candidates expected to win –  she was not even on the list! While all the men were fighting it out, she managed to get a top job – perhaps under the cover of Lunar darkness. But did she have an earthy supporter? 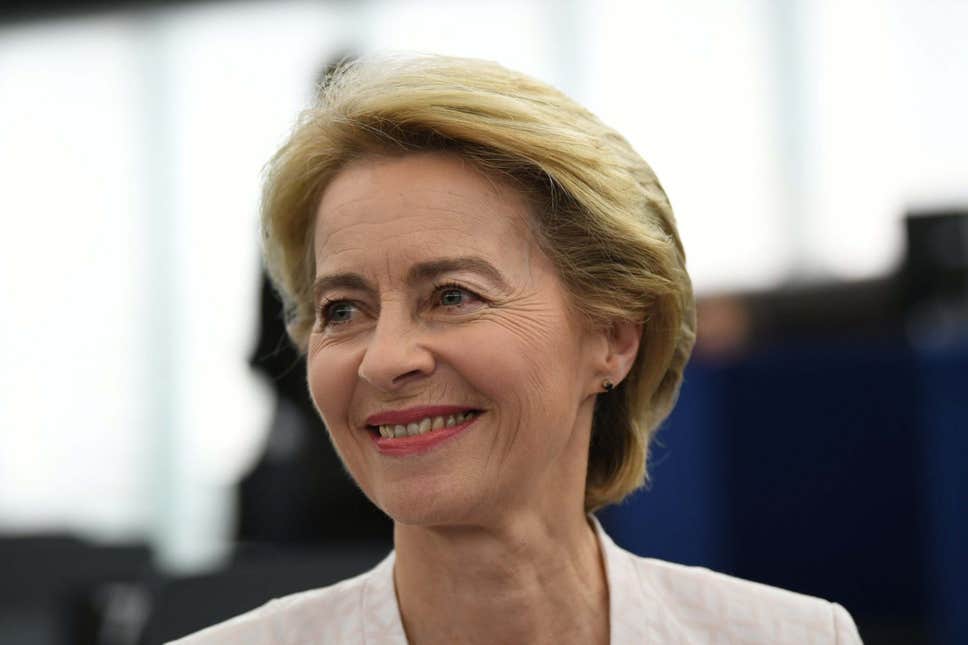 I think Theresa May is a Ceres woman, so I wonder what she will do after her resignation as Prime Minister of the UK. The voting to elect either Boris Johnson or Jeremy Hunt as the new PM took place during the Lunar eclipse, and there are already rumours that Theresa will join forces who with those who want to go against what either of these men want to do regarding Brexit.

Ursula has already suggested she is open to extending the Brexit deadline. Looking at her chart I think she may have a talent for political negotiation. I wonder what the UK will make of that! Like Theresa May she is a Libra, someone for compromises. Interesting times. Perhaps in a later post I will take a closer look at her chart. The fact that she has seven children makes me very curious as to her character. Born in Belgium, her career led her to a top political post in Germany – Minister of Defence – before she takes up her new post in the EU.

Next time you are contemplating a Lunar eclipse – either in the future or in the past, consider why focus needs to be placed on the true feminine without any masculine influence. The Moon doesn’t need the Sun all the time for her to be seen. All this Lunar focus this month means it’s time to fully embrace the Moon. I’m sure she didn’t want a US flag planted on her body. Or to be stomped all over in the name of glory – a trophy wife. Yes, it was a huge achievement and incredible to witness at the time, but really it’s time to stop all that! The Moon would like us to care for each other.

A good explanation of the astronomy of Lunar eclipses from National Geographic.

An article on the KLM and breast-feeding issue.

And here’s my friend and colleague Liz Hathway talking about the Lunar eclipse week, which includes more than just the eclipse.

‘ I like to think that the moon is there even if I am not looking at it.’ Albert Einstein