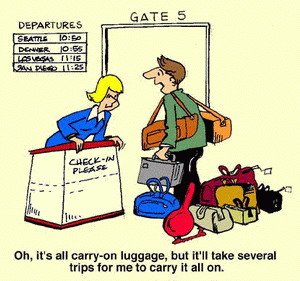 As is only right, at the end of the year I was reflecting on 2014, and as part of that process I decided to check which of my posts were most often read. Maybe that would give me ideas for 2015. Surely most of you would like the ones that make you reflect on interesting topics and life – the ones I like best. But oh no! It was not to be. Admittedly, knowing what people really want from astrologers, I was not totally surprised to find that it was the Capricorn one entitled ‘Can you tell me what will happen in 2014?’ that was opened the most. If you read it, you will see that I give my reasons for not actually answering this question – the short version being:  I’m no good at it, and anyway I think what we decide makes a difference to outcomes!  I still think this when it comes to 2015.

However, since for some reason we all seem to want to know what is coming in the future, I have decided to give you a little of what you expect! (Heavy sigh)

To avoid doing any real work over the festive season, I found a new website to play with (yes I know I’m a sad case) which enables you to make mini films.  Here’s one I made for those who can’t be bothered reading further… you know who you are!


I will discuss the four planets that are farthest from earth and see what they are up to this year. As these are the slowest movers relative to us, they tend to hang around longer in one place, so we get more opportunities to make use of them. Here I give some suggestions for what these outer planets might want from you or your business in 2015.

You’re probably sick of hearing about it – last chance
Yes, finally we have an end to the process that started in 2012. The dreaded Pluto-Uranus square that I, and many other astrologers, have been going on about all that time, will reach the final clash –  the seventh – on March 17th, 2015. The last six have definitely stirred the world up, unfortunately not in a good way most of the time. Old power and young uprisings have been the order of the day, as well as huge shake-ups in world finance. In many areas the change and transformation needed has not yet happened, so I fear that this last hit is our last chance to fundamentally dismantle everything that needs to be killed off – like the world’s financial systems and many other corrupt systems. Seeing what the world (i.e. all of us) have done with this opportunity so far, I suspect this won’t be an easy time. 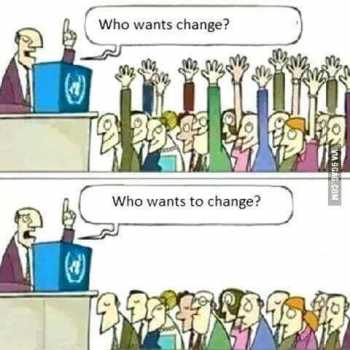 An image that has been doing the rounds on social media sums this up! I can’t find the original to give credit.

Of course we see mostly negative items in the news, however underneath all this horror, there have been a lot of good things happening too – major innovations and people protesting to get positive change. This is still the opportunity this year – to hold your nerve and be true to yourself, and make the changes that deep down you know need to be made.

Be yourself or be a company true to your origins
In the film, I state that Uranus in Aries is a time to start a good revolution. This is true worldwide, but as Uranus travels between 12 – 20 degrees of Aries in 2015, this applies especially to Aries people and companies who were born roughly between the 2nd and the 12th April. And it will also mean that Capricorns (2nd to 12th January) , Cancers (4th to 14th July – note USA birthday!)  and Libras (5th – 15th October) can have a restless, unsettled yet exciting year too. Expect the unexpected and accept that change is inevitable. Be true to yourself!

Go for passionate goals
Pluto is still in Capricorn for some time yet – so this is a time for all of us to be serious about goals and use power responsibly. We have seen what has happened over these last years when power has been abused – sex offenders and bad leaders are being brought to justice. But as is the case with Uranus, this applies particularly to those with similar birth dates to those already mentioned, as this is a double whammy. It is mostly Capricorns who are affected, but again Libras, Cancers and Aries need to remember this – Pluto travels from 12 – 15 degrees in 2015 so the later birth dates mentioned above will still need to take note of this in 2016! Use your power wisely and dare to go for your goals, without compromise. 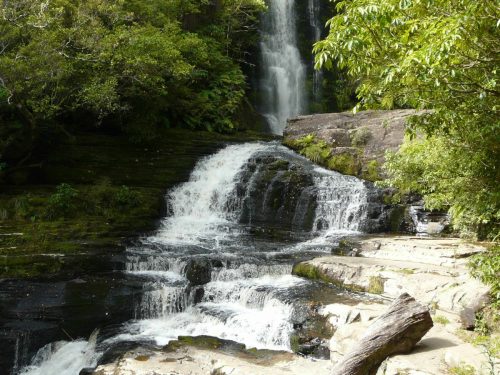 Going with the cosmic flow
Neptune will be in Pisces for some time yet – this year he travels between 5 and 9 degrees of this sign in 2015. Neptune creates chaos so that creativity can be stimulated. Globally he is trying to create compassion in Neptunian areas such as health care, addiction, victims and the needy (Ebola in particular highlights this). Piscean industries such as drugs, advertising, alcohol, care in general, film, fashion and art could all get a shot of creativity if they are willing to go with the flow.

People and companies born roughly between 23rd February and 1st March will be most affected in 2015, along with their Virgo opposites (28th August to 3rd September), Geminis (26th May to 1st June) and Sagittarians (27th November to 3rd December). There is no use trying to hang on – trust the universe will bring you where you need to be – chaos rules, as does creativity! The biggest danger here is going over borders and boundaries such as by over-working or drinking too much. Find good ways to escape! A walk on the beach, getting lost in a film, …

After sex – what next?
And lastly to our planet of the month, Saturn – that Capricornian planet. On December 23rd, 2014 he finally finished a two year sojourn in Scorpio – although he does relapse back to this sign to have his final swan-song from June to September, just to make sure he has done his work on all things Scorpio, such as sex and power. The Catholic Church comes to mind! I wrote on this topic in 2012 when Saturn first entered Scorpio, but now he enters a very different world, where he will stay until the end of 2017. He needs to sort out everything related to Sagittarius. Any industries ruled by this sign need to get their act together and be structured, serious and responsible. Activities that need ‘punishing’ will be brought to light. This will be interesting. We can already see that the church, the travel industry, publishing and politics are in for a rocky ride. Higher education is on the list too. These industries take note: greed is not tolerated when Saturn meets Sagittarius. I’m starting to sound like Pope Francis who is clearly tuned in to the cosmos! And any would-be entrepreneurs will need to have a solid plan and not be trying to start up a get-rich-quick company.

This is also a time to take your life philosophy seriously. If you really believe in helping the environment, or using companies that are congruent with your belief systems, put your money where your mouth is and perhaps pay a bit more to support the ones you like.

Image from various sites – I can’t find the original but I know the feeling!

Travel industry – sort yourselves out!
With three downed planes in 2014 and one of the most popular presents this holiday season, particularly for Americans, being drones (!!!), clearly the airways need some attention. In the first days of Saturn’s entry into Sagittarius we have also seen ships in trouble. One of Saturn’s downsides is to create fear and there has been some very sad and scary travel news in the last few weeks. Flight accidents, Ebola, and the plight of refugees and tourists are making many aware of the dangers of travel. In this day and age of constant surveillance, questions must be asked as to how some of these things can happen! With all forms of travel competing for customers, technology that could be useful is sometimes not being used due to cost-cutting.

Saturn wants these industries to take responsibility for travellers. At the moment, a lot of rules mean that travellers are disadvantaged, through baggage rules and ridiculous search and surveillance procedures. The burden for this must switch to the travel companies. Companies that don’t do this might not survive Saturn scrutiny. I was astounded that, although technology is available, many planes do not have devices that can pinpoint where they are at all times. Parts of the world are big black holes, which was painfully evident with the Malaysian Airlines plane. Surely this has to be addressed along with many other issues that I wouldn’t know about.

And the drone story is still alive and well. There is a lot of criticism about their use in war, but the airline industry is finding that the ‘presents’ are causing problems on flight paths. Since people are so mindless sometimes, this has to be regulated in some way. Already, the types of accidents involving drones defy belief!

The Selfie is so 2014 darling…
But at least we have another new word – now instead of a Selfie you need a ‘Dronie’ – good to see my homeland is right up to the minute, offering a video of yourself skiing down a glorious mountain with a scenic backdrop taken from a drone camera!

I know it’s advertising but it is pretty cool!

Here are some good things that happened in 2014.
And here are some the drone events! (updated 2017)