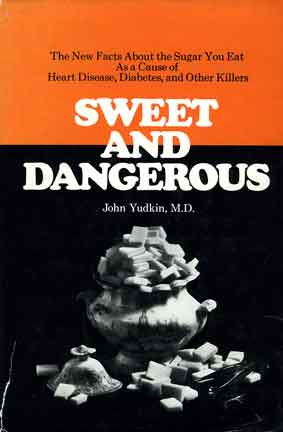 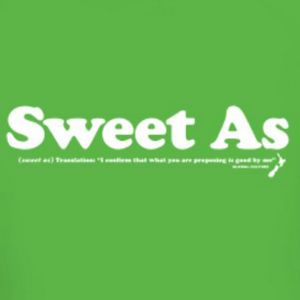 Our sign of the month, Gemini, concerns language and how we get the message out. Language develops and changes along with the meaning certain words can have. Sweet has always had positive connotations. It’s a bit like the way some astrologers view Venus – always good and positive – sweet even.

But Venus can be too sweet
Finally the world is catching on to the fact that sweet does not always equal good. Venus is in our sign of the month as I write, so it might be a good time to talk about this. Jupiter (too much) is also in Gemini – another reason to address this topic.

Travelling sweet
Since writing my last post, I went to New Orleans to attend the biggest astrological gathering in the world. I gave a talk at the UAC conference, and it was ‘sweet’ for many reasons including that Gemini activity – networking. I met some interesting people and I loved investigating New Orleans.

But my first impression of New Orleans when arriving at the airport, was the overwhelming smell of SUGAR accosting my senses! I had the same experience in Atlanta the last time I was there. And connecting things, as Gemini is wont to do – it is impossible not to notice the number of overweight people in America.

I had heard that New Orleans was fantastic for food and indeed you can get excellent food there. But my initial worry about what I was going to eat (after my last trip) was not reduced on sniffing the airport! I really don’t like sweet things very much, especially not for breakfast. Most hotels serve muffins and sweet croissants. New Orleans of course has grits, which naturally you put sugar on. And don’t get me started about the milk! It is really difficult to get unprocessed food. Even the butter has been messed about with. Finally I gave up and went out to have eggs and bacon (apple-wood flavoured – read sweet) with potatoes (cooked in maple syrup!). Needless to say, the bread is very processed and slightly – yes – sweet.

For me it would be a great place to diet if I ever wanted to, as I would just stop having breakfast. I did this occasionally, resorting to these on one occasion: 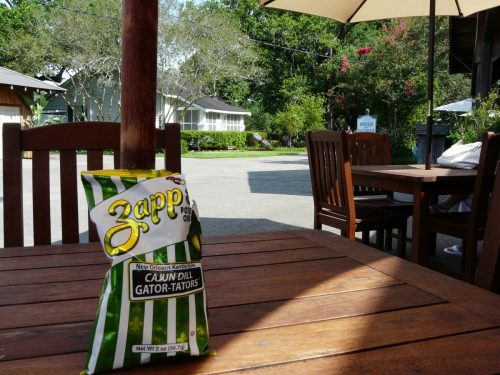 Anyway back to the matter at hand.

Whose fault is it?
Usually I wouldn’t ask this question. It doesn’t get you anywhere and I believe you need to take responsibility for where you are. But some things are bigger than us. I am watching with avid interest the BBC program ‘The Men Who Made Us Fat’. It aired on BBC2 for the first time last week and there are two more episodes to go. The mind boggles at what will be revealed, if the first one is anything to go by. It is a documentary researching obesity and is very well researched. It covers sugar and fat and shows how we got to where we are now with more people being overweight than underfed in the world today. There is an excellent write up of it by Zoe Harcombe, who has written several books on obesity – more on her later under websites.

The documentary highlights how the work, interests and decisions of a few people and organisations changed the way we eat. It’s really scary. Is this one of the secrets being revealed that I mentioned in 2011?

But we know this
The main culprits, according to the documentary, are sugars – fructose amongst others – which in the US mainly comes from corn syrup, which is a cheaper alternative to sugar and is sweeter. The theory, which has long been floating around (in alternative circles anyway), is that not only is sugar harmful, it is also addictive. In New York, there is a move afoot to ban the large sizes of soft drinks. But don’t get me going again on the size of meals and drinks in the US.

Getting the message out
However, what interested me most when listening to the history and the involved parties, is who got their message out and who didn’t.

Quoting from Zoe’s blog: “In Geneva, the World Health Organisation (WHO) was about to issue a report to set worldwide limits on the sugar in our diet… The Sugar Association wrote to the WHO – threatening $406 million dollars of US funding would be withdrawn if this sugar limit went ahead. The US health secretary even flew to Geneva to put the sugar industry’s case to the WHO. The WHO never did make that recommendation.”

The Sugar Association was heard! I am trying to get an incorporation date for this organisation which has had this name since 1947. Their website is a sight to behold saying things like “Sugar is more than a “fun” food ingredient, it’s an essential one as well.” or “Youngsters may find vegetables sprinkled with a small amount of sugar before they’re cooked more enjoyable to eat… And the good news from dietitians is that adding a little bit of sugar to fruits, vegetables, grains, and other nutritious foods can make their taste, texture, and appearance more appealing to children.” The picture on this ‘balanced diet’ page is a bag of fruit and vegetables. Go figure. No wonder obesity and diabetes are on the rise and that there are so many fat (and sad) kids.

The quiet voice of reason (not money?)
Who wasn’t heard, but is now being acknowledged, both in this documentary and more widely, is John Yudkin. In 1972 he wrote a very controversial book called ‘Pure, White and Deadly’ which many thought was about cocaine. His thoughts about sugar were dismissed by those with clout. It is only recently – perhaps with the current planetary alignments – that his research, which has been continued in particular by Robert Lustig, is getting more exposure. Although Yudkin was renowned in his field (nutrition) and had a great influence on many, it was not enough to change big business. Hopefully the large sugar-wielding companies will be brought to account when their strategy of throwing money at something to further their own interests, will no longer work. Power that is not ‘clean’ will be brought down now – should I mention the Catholic Church? 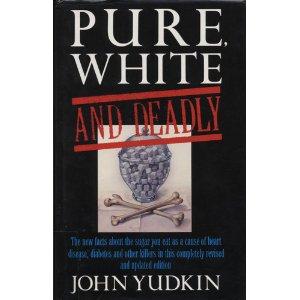 But apart from all this, John Yudkin’s chart is interesting. What does it say about his message? He was born into a Jewish family in London on August 8th 1910.

He has Mercury, the planet of communication, together with Mars in the sign of Virgo. Mars is the pioneer and the sign of Virgo is associated with nutrition. Mercury describes what we think and write about. He wants to get out a new challenging view on nutrition, and he chose to focus on sugar.

But he has Saturn picking up this combination. Like all planets, Saturn has a positive and a negative side. It makes him a responsible and dedicated analyst. He will have thought about his theories for a long time. But it can also mean that he was a little afraid to really take on the argument. He was perhaps too ‘shy’ in this area. Saturn, however, matures and gets respect over time. A pity he didn’t live to see his ideas now being taken so seriously that they warrant a 3-part docu by the BBC! Sweet…

Zoe Harcombe, who I mentioned above, has an interesting website. She starts with ” My goal in life is to reverse the obesity epidemic. I joke that I’ll try world peace afterwards, but I’m deadly serious about the first goal.”

The title of her site is ‘Because everything you think you know about obesity is wrong’. I love this approach. Many of my clients struggle with weight issues. Zoe’s website gives good information and I highly recommend it.

If you want to explore this further this is a long video – but a very good one – by Dr Robert Lustig. It covers why losing weight is not about calories (among many other things.)

“Ever notice that the whisper of temptation can be heard farther than the loudest call to duty.”
Earl Wilson , American columnist.