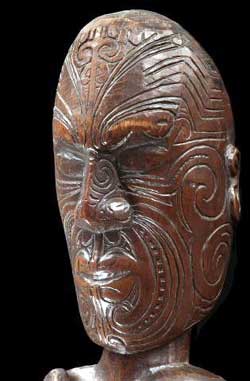 It has been a very exciting time here in Holland with the elections resulting in a very close race. We almost had two (there we go with the Gemini theme) equal parties with the highest number of seats. The outcome is a one-seat majority for one of the parties! Negotiations and a lot of talking (Gemini again) will be necessary to form a coalition. I must say the astrology of the Netherlands does not show that confusion around goals and missions will be solved any time soon. Perhaps more of that another time. 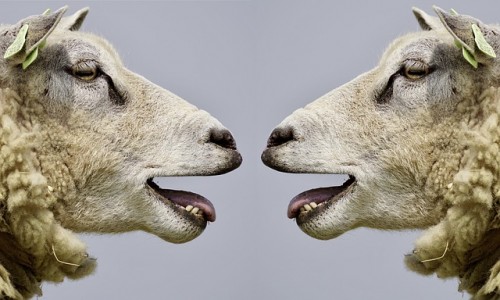 The call for me

I was delighted this month to receive an invitation from the New Zealand Embassy, who incidentally are very good at Gemini rounding up of their stray sheep in Holland, for the kick off of a very special project. The Waka Project will bring a ceremonial Maori canoe – a Waka – to Leiden, under the guidance of the Volkenkunde (Ethnology) Museum.

The director of the museum, Steven Engelsman, a very entertaining speaker, is obviously a man of vision. As one of the speakers, he outlined how the project got off the ground. The original plan was for a more non-ceremonial ‘working’ canoe, the Waka tete, to be built and the carving skills to be shown here in the Netherlands. However in alignment with the museum’s motto: ‘not about them without them’, Steven travelled to New Zealand to discuss the project further.

He was confronted there with the difficulties of convincing the Maori elders to consider having a waka outside New Zealand. As there are many sacred traditions and actions required for the handling of these canoes, the elders needed to be comfortable with the intentions of everyone involved. Steven also met his match in men of vision. In New Zealand, the representatives of the Toi Maori Aotearoa (the Maori name for New Zealand, meaning land of the long white cloud) group, said “why not make the waka tete AND a waka taua (the ceremonial one only used for special purposes (men only!))? AND while we’re at it let’s build the special type of building necessary to house them!”

To cut a long story short, with the help of a grant from the Bank Giro Loterij, these Wakas will be the first ever housed away from New Zealand shores.

Other speakers were Maoris from the Toi Maori Aotearoa group. They talked of traditions and how happy they felt now with the fact that this is a co-operative venture that will last at least a hundred years and probably longer. They have respect for the museum and also for the fact that members of a Leiden rowing club will be trained and initiated in New Zealand so that the sacred traditions can be passed down and honoured. It was funny to see the extremely tall (even for Holland) rowers next to the diminutive Maori woman who spoke of this. Her respect for everyone involved, her humour and her grace poured from every cell in her body. It was a pleasure to talk to her and the others after the speeches. I am so sorry that when I went to school in New Zealand we were not taught more of the culture. Fortunately this has changed significantly. I was horrified to learn, that even as a Maori, one of the men speaking didn’t receive information on his own culture. He identified with the ‘pakehas’ – the whites, until he had a dream alerting him to his own indigenous cultural background.

Gemini as a Healer

This project started as a result of a tattooed mummified Maori skull, which was part of the Volkenkunde museum collection, being repatriated to New Zealand in 2005. This opened dialogue that lead to the current discussions and closer links with Maori culture for the future. The Museum directors believe that having links to all parts of the world, and bringing knowledge of different cultures to Europe, will help bring the world together. In his talk, the mayor of Leiden also highlighted the fact that Leiden itself had this tradition of being a melting pot of different cultures.

The healing, which began with the repatriation of the head, might now suggest a more symbolic healing and link between our two countries. Abel Tasman, the Dutch explorer who was the first European to discover New Zealand, had a part in giving it its name (after Zeeland). He visited New Zealand shores in 1642 and after what appears to be a communication problem (Gemini again), blood was shed and Tasman never set foot on New Zealand shores. This part of New Zealand is now called Murderers Bay. Maori canoes and Tasman’s ships and smaller boats were on opposing sides. How interesting now, with this history, that it is a Maori ceremonial canoe that is coming to the Netherlands.

Obviously the Gemini characteristic of communication plays a large part in this project and creates other opportunities for exchange of ideas. However Gemini also rules the hands and it seems to me the hand of friendship is healing the past in a very deep way. Hands across the water indeed.

The Museum of ‘Volkenkunde’ in Leiden is a great Museum.

Information on the Waka Project is in Dutch.

And for fun – some rounding up of sheep.

“If you’re going to be thinking anything, you might as well think big.” Donald Trump, a Gemini.

And since we’re talking about New Zealand …

“I’m half Maori and half Scottish. One half of me wants to get pissed and the other half doesn’t want to pay for it…” Billy James, NZ Comedian.