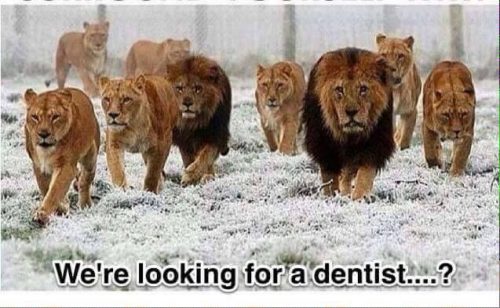 British TV fans who are old enough may remember Mrs Slocombe. She worked in the fictional London department store Grace Brothers. Nowadays, if there is any service in shops, it is more common to hear: “Can I help you?” which means the same thing as the name of the long-running series she appeared in : “Are you being served?” 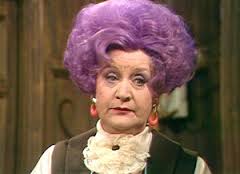 Any Leo worth their salt wouldn’t even be asked this question. They should have an aura that demands instant service! Leo is a sign that can delegate and rule – a royal sign that is able to say what it wants. Leos can make good leaders – conscious Leos anyway.  The other ones are still trying to gain the attention that was withheld when they were enthusiastic, playful children. A pity – Leo kids who get attention, grow up to be wonderful warm generous human beings. And are happy to lead. Or could be – but are they? Most of the Leo men I know can do this –  at work anyway. It may still be more acceptable to take direction from men. The Leo women I know, and that’s quite a few, struggle with this, although they would be happy with minions! And I mean the old-fashioned kind, not these…

Recently I had a coffee at a café where I often used to sit and contemplate ideas for writing. I hadn’t been there for ages and was surprised that they were celebrating their 20 years of existence. Where did the time go? I’m sure I was one of their first regular customers! The service, I am disappointed to say, was slow, as is the case in a lot of Amsterdam cafés. So I started to reflect on what the idea of service means, as I have noticed it is very different in different countries.

In Australia and the US you often get served ice water as soon as you sit down. In the States, I’ve even had the experience of being still standing, when I was asked what I would like to order to drink! Not to mention rushed out at the end of a meal by being given the bill. I can’t tell you the number of times I have asked for a glass of water in Amsterdam and it has been forgotten – or worse still – been charged for. Or being told that tap water is not served. Or how long I have had to wait for the bill. In New Zealand we received an apology for having to wait so long for the menu (all of about 2 minutes!)  In the UK you often have to stand in line at the bar to get what you want and pay as you go. In my recent coffee episode my arms got tired waving about trying to alert the waiter, and it took about 20 minutes to get a coffee.

I wondered … am I invisible?  Can I do a good Leo impersonation? Probably not  – being the opposite sign! Although living in the Netherlands has taught me a lot – the directness and honesty can be refreshing. Did you enjoy your meal?  “No not really!” We all have the Leo archetype somewhere – it is a universal principle. We need to be loved, get attention and be served. But can we ask for, or even demand, what we want? There is often a dilemma between thinking we shouldn’t be too egotistical, and wanting to be the centre of attention. I think that this is the struggle my Leo women friends have, as do we all sometimes. It seems to have become commonplace to get a message from society of “get over yourself and your ‘ego'” – a word I really hate as it has ended up with negative connotations.

Are you suffering from selfie stick abuse?

I love the way this highlights some of the dangers of being ‘egotastic’.

Egotistical vs. self-centred and then there was Cecil

Don’t get me wrong, a bad Leo can be very egotistical and attention demanding. That’s why I found the story of Cecil the lion –  although to my eyes, tragic, cruel and senseless –  very fitting symbolism for this time of year. I find the outrage on social media heart-warming, except for the equally senseless calls for cruel revenge on the offending dentist, Walter Palmer. I think Palmer is a good example of someone with the consciousness level of many, who need to feel pride by being a virile leader of men – a killer of dangerous, innocent animals using a bow and arrow! And then need to show that off by having the head of a beautiful creature on a wall as a trophy, a proof of manliness and being the best! Palmer said it wasn’t his fault –  it was within the rules. In my opinion, this is someone not taking responsibility for his real deep needs of wanting to feel good about himself. If the birth date floating around on the web for him is correct, the Moon was probably in the sign of Leo at the time of his birth! This is someone who has a need to feel important and to be in the spotlight. It was all about him. He said “I deeply regret that my pursuit of an activity I love and practice responsibly and legally resulted in the taking of this lion. That was never my intention.” I will never understand why anyone would ‘love’ killing a beautiful animal. And for me ‘responsibly’ doesn’t fit in this sentence! Anyone who needs to pay 55,000 dollars to feel good about himself at age 55, by getting some attention for a trophy, is just sad. Well he certainly got the attention he desires – albeit the wrong sort. A sign that this archetype perhaps is being updated (hopefully!) If the birth date of Palmer is correct (Jan 16 1960), he is probably a good dentist though – he has 5 planets ( I include Ceres) in Capricorn, the sign of structures including bones and teeth! And it is a sign that likes rules.

We need good positive Leo energy. Not everyone can serve and we need good warm, heart-filled leadership. Positive masculine (and this can be through women) role models who dare to ‘reign’. Egotistical is negative – the ‘It’s all about me’ can get tiresome. But being self-centred is often what we need to learn. I know this is also seen as negative and means we don’t see others points of view, but occasionally that can be helpful. We need to be in the centre of our own lives. But that doesn’t mean we can’t help others or serve – good Leo energy is like a wonderfully encouraging father.

But what to serve?

Many religions talk of ‘being of service’ and this can be confusing. My view is that we all need to be of service in our own way. And the best way to do this is to be who we really are and use our special talents. So Leos should serve by being ‘rulers’ – kings and queens of their domains, all of which can be very different. That way they are fulfilling their purpose and helping the world. They need to be in the spotlight in some way to act as role models for good leadership. Leos can make great parents, being big kids themselves! Creative and fun, they don’t need to have a career to show their skills and help the world to evolve. 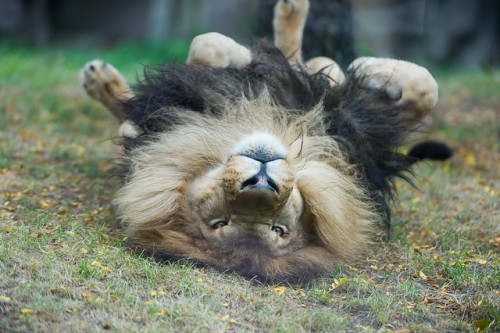 We all need to roar somewhere

All of us have the Leo archetype in us and we need to use this in a particular area of life, even if no planets were in that sign at the time of birth. The astrological house that Leo is in, shows where we can rule and where we want attention. Where we want to be the boss and can delegate. Using country charts as an example, the US chart used by many astrologers has Leo starting the 9th house, with no planets in this sign. The US wants to show off in politics and on the international stage. They perhaps do want to run the world! Israel has many planets in the sign of Leo which occur in the 10th an 11th houses. They want to shake their manes and show off their authority and expertise and be the ruler of groups. The New Zealand dominion chart has one planet in Leo – Jupiter – a belief in being the best. The third house, communication, starts in Leo and one of the things you notice when you visit NZ is that everyone likes to chat. New Zealand has produced some pretty good writers too. The Netherlands takes pride in the 2nd and 3rd houses – the areas of finance and trading. The UK has two planets in Leo – Jupiter and Saturn. As with Israel, they want attention in the 10th and 11th houses. Perhaps this is why they are getting so much coverage in the EU group!

Interesting also in this Leo period, is that Prince William and Princess Kate are very upset about all the snooping paparazzi trying to take photos of their son, George and daughter Charlotte. They have issued an open letter that pleads the case for the media to use only authorised photos. It’s a perfect time of the year to ask but I’m afraid royalty and attention go together in this sign. As do fathers and children. I wish them luck – another Leo word – with staying in the shadows.

Make sure you get attention in one area of your life! Being your true self is enough to offer the world. That is service. After all –  it’s all you can do.

A good article on egocentrism and narcissism by Susan Krauss Whitbourne in Psychology  Today.

“An egocentric pessimist is a person who thinks he hasn’t changed, but that other people are behaving worse than before.” Idries Shah – author.