Having a summer like we have had here in Holland could make you wonder why Leo is a sign associated with the Sun. (I’m updating this post in Leo 2018 and that’s DEFINITELY not the case this year. It’s way too hot!) The zodiac, being based in the northern hemisphere, is supposedly in tune with northern seasons and July-August should be a time when the Sun can be seen and it should be nice and warm. And what about global warming? I can’t say it has been very warm in this part of the globe. This theme has been dominating the press lately along with many religious issues? So what might be going on?
Astrology is useful as a framework to think about this type of question, using the symbolism to contemplate an issue. In this case the two things, religion and global warming, might be connected symbolically. So because we are in the Leo month let’s look at the whole symbolism of the Sun and see how its themes have changed over the years.

Sunset in Madison from goodfreephotos.com

One of the ideas that astrologers associate with Leo and the Sun is the notion of leadership. Who is the boss? Who are our heroes? Who do we look up to? Who or what do we ‘worship’? Who has this type of authority over us and who do we follow? We look to the Sun – Leo in a horoscope to see what we want in life. So how has finding out what we want, changed over the years? Can we ever really follow our hearts?

Its been ages
Another concept astrologers use, this time for researching long time frames, is that of the great Ages – such as the Age of Aquarius. I’ll come back to this particular one later. These are periods of about 2000 years based on the wobble of the earth which, over very long periods, changes where the north pole points to in the cosmos. I don’t want to get too technical here or too exact as there are many schools of thought as to start dates of the different ages. However I would like to suggest a way of looking at the symbolism of the Sun-Leo and therefore the theme of authority, over the last few ages.

Who do we worship?

Many thousands of years ago we worshipped Gods who were outside the earth. The Sun being one of them. Not that this does not happen today (although Sun worship possibly has another form today!) but maybe these Gods used to be the only authority. Outside us and outside the earth. 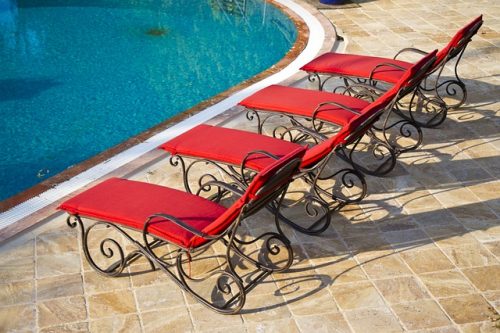 It appears that by the age of Cancer (the sign of home) when people were becoming less nomadic, Gods  had homes on earth too in the form of temples or special places, where God, the boss, could be contacted. Up until the age of Taurus, because of the lack of writing, there is little documentation, however by this time, about 4000 years ago, after Cancer and Gemini as we move backwards through the signs, the Pharaohs of Egypt were seen as Gods. They were the only people who (according to them) had a soul. Interestingly, they were associated with the Sun, as were many other cults around this time. This association of leaders and the Sun, a masculine principle, is still with us, particularly in Western society where the Moon is less visible.

Photo of the Sphinx in Egypt from www.goodfreephotos.com

We still live in a patriarchal society. By the age of Taurus, scholars believe that division of labour had started and everyone could have a profession; soldier, farmer, merchant. You could be a priest too or even a King, if you can call that a job. God now had representatives on earth in the form of priests and kings. So at that point, although you may have had some choice about what you wanted to do with your life, it was wise to try to keep allegiance with God but also with kings and priests. God (or who tells us what to do!) was getting closer. He could be contacted in person.

The Age of Aries shows a worship of competition with many statues of Rams as its symbol. Homer praises heroes and warriors and there is competition among the Gods. This is the iron age, where fighting and bravery are honoured. There is rebellion against the aristocracy and by the end of this period in Egypt, even the common man is thought to have had an afterlife. We have defended our rights, and having what we want is not just a matter of being told what to do. The Gods appear to be more human like – with human characteristics and failings. Closer to us.

The ages go backwards in the zodiac, so for the last 2000 years or so we have been in the Age of Pisces. In terms of worship, it is the start of many of the world’s main religions today including Christianity, Buddhism, Hinduism and Islam. The Sun symbol is still present in all of these religions. Authority figures, those who tell us what to do with our lives, change gradually, and what happens from here on, is that we see the start of real choice. Religion needs to be taught and we have disciples. We have choice as to who we listen to and follow. We are learning to look at how we can become more Godlike. Jesus and Buddha are examples. We are getting even closer to God.

This finally has led us to where we are now: “I am God!” of Shirley MacLaine fame, representing a more Aquarian Age outlook. So up until now, we didn’t have much to say about what we wanted. We were ‘called’ by God or the priest advised our parents. Jesus showed us the way, or our fathers gave us our careers, or the boss told us what to do. In one way that was easy. No need to think or be creative – we did what we were told.

Now however, we are learning to find our own calling and in the scheme of things we haven’t had much practice. So we look to others as examples, our Sun figures, our heroes. The rich, the famous, the powerful, but… ” we are God” so we must tell ourselves what to do. This is no mean feat, as we carry a lot of conflicting baggage from thousands of years ago. How do we know what we really want? Look within, we hear. Easier said than done sometimes. That was what prayer was supposedly for.

Astrology to the rescue
Astrology is one of the few tools that can give us some concrete help with this dilemma. By looking at our own Sun as it were, we can glean some hints as to what out true calling might be. So perhaps this is the real struggle and confusion in our time concerning the religious issues. Who and where is our ‘God’ now? Our focus, our spotlight, our heart? Are we all at different stages? Stuck in a conflict between God as Pharaoh or God as me?

Global, company or personal goal?
Getting back to the Age of Aquarius and global warming – “What has that to do with this Leo post?”-  I hear you ask. When we look at a particular sign, in this case Leo, there is always an element of the opposite sign, in this case Aquarius. Leo’s journey is to be creative, playful and get attention for who we are personally. It can be a very me-oriented sign. It is a warm generous fire sign but still with: What I want.  The opposite, Aquarius has always been associated with the group, the clan, the society we move in, if you like the: what we want. It is a logical air sign.

This is the dawning of the Age of Aquarius?
The musical ‘Hair’ in the late 1960s was a social cultural metaphor for the ‘Dawning of the Age of Aquarius’ and the start of New Age concepts, which in fact were very old. As we move into this Aquarian Age, (and the start dates summarised by Nick Campion, a well-known astrology-historian, range from 1457-3550!) the dilemma between the two themes is apparent. Zooming in on key words we can take warm for Leo and global for Aquarius. Not that global warming is caused by this Age but the question it raises is this: Do we go for our own personal goal (Leo) – ‘what I want?’ or do we choose the global (Aquarian) ‘what we want?’.  This is individualisation versus global as well – a catch cry of many business leaders at present. Do we go for company goals at the expense of our own? And how about personal versus family wishes? Are we too lazy to recycle or do we do our bit for the world?

And do we choose our own inner intuition or inner voice (God?) or through fear or whatever other reason, follow bosses, fathers, the Pope, Bill Gates – name your favourite authority figure? In this age they can be women too!

Astrology to the rescue again
As always with astrology, the solution lies in the problem. We need to see how Leo and Aquarius work positively together. Not that this is simple but it can give insight and direction for this dilemma. In my view the Age of Aquarius is about authenticity, and uniqueness. Being special in our own way and also being the centre of our world where we can have what we want. We just need to find where our special place is in the bigger picture of family, work, country and the globe.
In the words of  the Beatles:  I’ll follow the Sun…..

Talking of finding your calling and co-creating globally, Barbara Marx Hubbard is one of my heroes (heroines?) She uses the term ‘vocational arousal’ which I love. Here is her definition:
“Well, what I call ‘vocational arousal’ is when that deep Self and its creative expression awakens in you and longs to go further into self-expression and self-actualization through creative action in the world. It can be felt as a yearning, a frustration, a depression, and an attraction. Depression is often a sign of something pressing to be expressed; It is the ‘creator-within’.”

see her site at
www.barbaramarxhubbard.com

Madonna is an authentic Leo, someone who knows what she wants and goes for it…

“I have the same goal I’ve had ever since I was a girl. I want to rule the world.”
and
“I won’t be happy till I’m as famous as God.”
and the very creative side that Leo also has…
“I am my own experiment. I am my own work of art.” Madonna