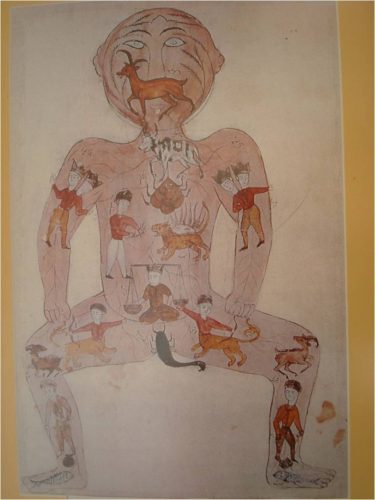 It’s been a strange month – more natural disasters and Gaddafi dead. All I can say about that is may Libya now have Rest and Peace – that last a nice Libran phenomenon.

Poor old New Zealand has been hit again – earthquakes and floods and snow didn’t seem to be enough. They also now have their own terrible oil disaster. The horoscope of New Zealand (dominion) is Libra – it has the Sun and Venus in early Libra which is being hit by the Uranus – Pluto aspect I have written about often. New Zealand, being one of the countries that starts each day first, seems to act as a symbol for what is about to happen in the rest of the world. Pluto and Uranus are transforming New Zealand. As has been stated in the press already, the oil disaster is a wake-up call. It has affected Venus – New Zealand’s beauty.

But despite all this, New Zealand shows us hope. Although there have been many disappointments and injuries in the NZ Rugby team, THEY WON the World Cup! First time since 1987. That shows the other side of Pluto and Venus, going for something together with one will. Hurrah! Well done Kiwis.

And this time – something different …

The unsurprising order of being

Time. We all know about ‘Time’s Arrow’, a term used by Arthur Eddington to describe the fact that time goes one way – forward. Day follows night, old age follows youth, lunch follows breakfast. In astrology we are so used to the order of the zodiac, that we rarely take the time to think about the sequence of it. 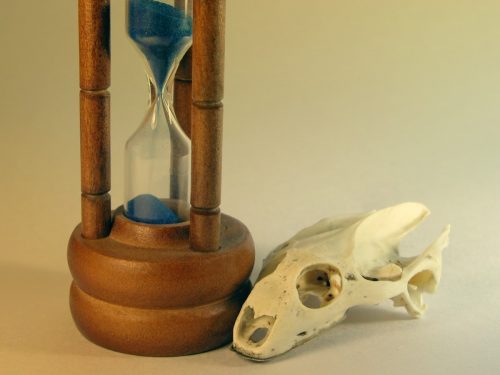 However, because I was inspired by the title of a book I have mentioned before, ‘The Spark, The Flame and the Torch’ by Lance Secretan (a book about leadership, which is still on my list of things to actually read), I started thinking about this order that we take for granted. The Spark, Inspire Yourself is a perfect description for Aries. The Flame, Inspire Others for Leo, and The Torch, Inspire the World for Sagittarius. The order is the same as the order of the fire signs in the zodiac.

The zodiac, of course, reflects the order of the constellations, and has connections with the seasons in the Northern hemisphere. Aries heralds the start of spring. The origins of the zodiac are very difficult to trace and I don’t want to go into that here, but I want to consider the sequence. Astrologers learn theories as to why each sign follows the last. Aries starts, Taurus consolidates etc., similar to natural phases of development. We also have order parallels in the body –  Aries the head, down to Pisces the feet.

There are many theories as to which signs relate to specific ages. Two partial examples are:
1. Aries birth, Taurus learning to feed yourself, Gemini getting around and crawling, etc.
2.  Aries birth and first years, Taurus learning about material things such as the body and money, Gemini puberty, Cancer leaving home and building your own nest etc.

The time spent going through each sign phase can vary, but the emphasis here is that in any creation, each one follows the other – the order doesn’t change. Time goes forward as it should in the right sequence of events. This is a cycle worth considering. An astrological model suggests this is how everything living progresses, so it is easier to go with this flow and do things in the right order than to try to beat the system. This applies to starting any project as well as going through puberty at the appropriate age rather than during a mid-life crisis! Steps shouldn’t be skipped. We can’t promote a product properly – Gemini, until we have made it – Taurus. We need to have a vision – Sagittarius, before we can realise it – Capricorn. At the end comes Pisces and then back to Aries and rebirth. We need to have a gestation period (Pisces) before starting again (Aries). 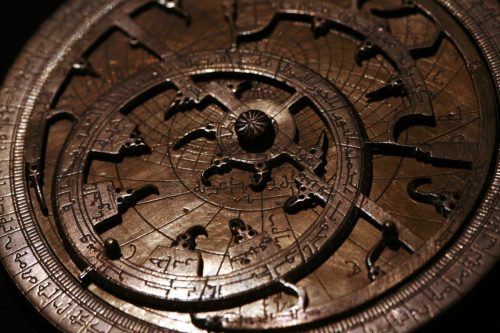 I want to discuss a particular aspect of this sequence which concerns the four elements. There are three groups of the four elements in the twelve signs. Aries-fire, Taurus-earth, Gemini-air and Cancer-water and then we go around again twice more ending up at Pisces–water. The order of fire followed by earth and then air and water is very old. An example of a description of element qualities given in William Ramesey’s Astrologia Restaurata London, 1653, is Generation, Conservation, Corruption and Destruction. Hmm – those last two sound a bit dire. Modern language would use other terms. But the flow is clear.

In his book, Secretan refers to three steps which I would associate with the fire sequence. He is referring to a personal level – inspire yourself – and implying that once you can do that, you can ignite others with your spark, creating a flame. When enough people are inspired, the flame becomes the torch, which like the Olympic flame remains as the legacy of the original creative spark in the world. So we have the personal, the passing on to others and the legacy to the world.

Secretan’s title seems to be a good example of how fire progresses through the zodiac sequence, so I was curious whether other elements could be used this way. It was an interesting exercise in considering how the world works. Below is my first attempt.

Cycles within cycles. All of us go through these processes. Hopefully this table gives food for thought and I would love to hear other symbols and ideas. I’m sure there are better ones.

The big worry now though, is what if Einstein was wrong about the speed of light? If the results of recent experiments in CERN and Italy are correct, which is still very much open to debate, it implies that time really can go backwards. It’s those neutrinos, which I have heard described as the bad boys of science! I’m starting to get fond of them. They are upsetting science – always good. Even arch-enemy of astrologers Prof. Brian Cox, admits that scientists don’t understand time. Mathematics has shown that time being able to go backwards holds true at the microscopic level, but could it be true at the macroscopic level too? Can we really time travel? I think with the current astrological aspects, the results could be right – we are on the edge of something mind-shattering for science as well as for everything else. I wonder what the zodiac will have to say about that …

But we have a precedent. The precession of the equinoxes – i.e. the long ages of Aquarius, the age of Pisces etc. does travel backwards through the zodiac. Perhaps there’s a clue in there somewhere for the scientific community and for us. 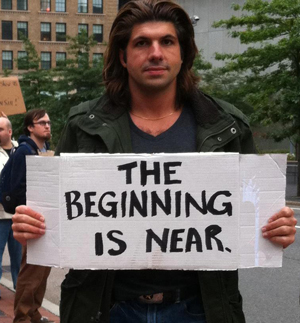 The beginning is near by Garret John LoPorto – Wikimedia commons

If you want the science – The Economist article There was a neutrino named Bright.

“Gosh, that takes me back… or forward. That’s the trouble with time travel, you can never remember. “ The Fourth Doctor, Doctor Who, ‘The Androids of Tara’