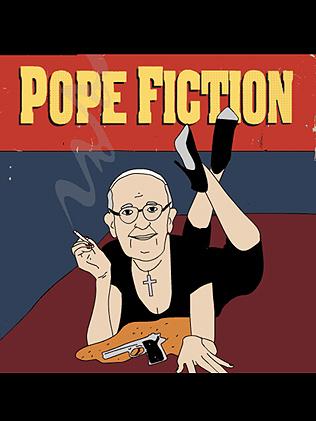 It has been a very fishy few weeks, astrologically speaking. Many planets have been in Pisces and right on cue we have had some Piscean events. And if chaotic Pisces isn’t enough, we have also had Mercury going backwards confusing communications.

Film, by its nature, is part of this watery archetype and the themes of this year’s film that won the Best Film Oscar could be straight out of the Pisces handbook. ‘Argo‘ has hostages, victims, saviours, phony film studios, cover stories and make-up artists – a perfect winner for the time of year.

Films are interesting in that they are the myths of our time. They show a sort of zeitgeist – the things we are busy with and are trying to deal with in our lives. They bring issues to the surface and can also heal, although I suspect they more often do another Piscean thing – help us fantasise – and that is not always positive. But it can be amusing. The web comics are alive and well and totally in line with our sign of the month:

Astrology has 12 groups at its heart – the zodiac signs, which are often called archetypes. I also refer to the signs/planets as holons or fields because archetypes can suggest that the groups contain only psychological attributes. However everything can be categorised into a zodiac group. Not that astrologers agree on what should be where! As an example: rocks belong to Capricorn (Saturn) and film, photos, and alcohol to Pisces (Neptune).

Astrology often suffers from being taken out of its full context. The planets were originally Gods who we could see wandering around the heavens. They had stories and personalities. They had faults and distinctly human failings, always getting into trouble and sleeping with inappropriate people or other beings! There is a wealth of imagination in all the signs. The myths had the same role as film today – to look at different aspects of life and find guidance. This last is something that film-makers should take into account! And because of its rich background, astrology is well-placed to fulfil this function too.

In people and companies there are usually a few astrotypes that are prominent. And if you have some parts of a type, you will have them all! I want to discuss the Pisces one here and a perfect example of someone who has this archetype is our nice shiny new Pope. As an aside, Pisces is a perfect time to deal with spiritual matters!

Out with the old? Perhaps not…

In the last post I wrote about the calling of the last Pope and interestingly, if perhaps unsurprisingly, I can repeat some of what I said for our new one. They are both fire signs with a touch of Pisces. As is President Obama coincidentally! However Pope Francis is a Sagittarius, rather than an Aries as Pope Emeritus Benedict XVI is, and Obama is a Leo. Of the Pisces/Neptune element I said last time: “Spirituality, victims, compassion and bringing the world together. I would expect a deeply religious/spiritual man to have the Neptune archetype highlighted.” So no change there – although as I said last time, everyone ‘does’ Neptune in their own way. 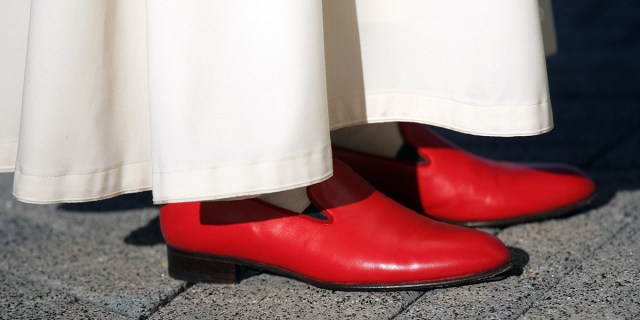 Pisces is a sign that can get us addicted. I am not a Catholic, although my mother’s family are. (So growing up, I was not unaware of the church’s issues. Some, like birth control, were very confusing for my cousins and, having two priests and a nun in the family, I experienced first hand the difference between men and women in the church.) However, I was still glued to a screen (Pisces) waiting for the white smoke. Part of this, I must admit, is astrological curiosity (what does the sky look like at such a moment?) but I still got swept away with it all. Pisces does glamour well too – it has been pointed out that the Pope’s attire could rival some of Lady Gaga’s outfits. And the number of people! He drew a crowd worthy of any pop-idol. Quite a feat for a 76 year-old celibate man. Who is it? What’s he like? What will he be called?

Ah yes what’s in a name? 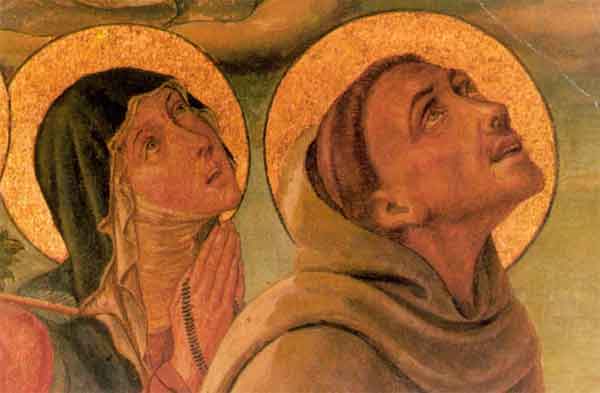 Painting of St. Clare and St. Francis by Simone Martini

The new Pope chose Francis as a name mainly, it seems, because of St Francis’ association with the poor. The Pope is quoted as saying “Oh how I would like a poor church and a church for the poor.” Clearly, as the moment of the white smoke confirms astrologically, the Vatican is in for some changes. Pope Francis believes in austerity and simplicity. That will be a shock for the Vatican. The ideas of St Francis resonate with the new Pope. He too appears to be a man of simplicity – one who has already blessed a dog! I imagine flocks of birds will be arriving in Rome soon, as St Francis was able to talk to his feathered friends. He was all for protecting animals and the poor. He wanted openness and was an expert in spreading his ideas about what he thought was right.

A great role model, and a big reputation to live up to (even I knew who St Francis was!) The Pisces-Neptune part of Pope Francis is capable of compassion and offering service to the world as St Francis did. I wonder if the new Pope shares his love of poetry and art too. St Francis saw beauty in everything. He wanted to reanimate spirit in the lives of men and managed to create huge changes in the church, one being the creation of an order for women, now known as the Poor Clares. It augurs well! But can our new Pope do it? Can he bring the changes that so many are asking for?

Is it all smoke and mirrors?

He has made a good start. He already has a long line of firsts: refusing the Papal limo, paying his own bill for his hotel, the first Jesuit, the first non-European for over 1000 years, the first from Latin America, and, it seems, the first to crack jokes. My favourite so far is his saying to all the cardinals after his election, “May God forgive you for what you have done to me”. His horoscope shows a man who is capable of being very intellectual, very innovative, and very political. He hasn’t shied away from taking on his own country’s leader and he is already disagreeing with David Cameron over the Falkland Islands. However he also has humility. It’s an interesting mix.

Photo: waiting for white smoke from www.mirror.co.uk- a sign of the name to come?

One of the dangers of the Pisces archetype being prominent is that the role of saviour can be projected onto you. There can be too much hope, which can lead to disappointment, as happened to Obama. I’m sure Pisces people can recognise this. This Pope has a lot of issues to address, many of them Piscean. Scandals, victims wanting help, a Vatican that is thought to be concealing fraud or at least some shady dealing. The Vatican has amassed a vast amount of wealth. Pope Francis must break through years of materialism in the Church. On this topic I think he is a symbol for the greater whole and I hope he can be a role model for readdressing the balance between the seen and the unseen world, as he is a hugely influential figure world-wide.

There are many signs that a tipping point is coming and I think his election is just one of them. We are at a point where the ‘spiritual’ or at least the non-material is starting to be accepted. This is particularly clear in the scientific community. Although there is still a lot of vitriolic, nonsensical skepticism, some very interesting science is getting a hearing. Old paradigms are being questioned. Intuition is valued more – concrete, material proof is less necessary. But that doesn’t suggest bad science. There is a sea change. Let’s hope that what we have seen of the new Pope is not all smoke and mirrors and that his Piscean side is not just being put to use in a good acting role. I have high expectations for this Sagittarian man of vision – but realistically it’s a huge task. I hope he can win a ‘people’s Oscar’ for being a truly spiritual (as opposed to just religious) person and heal a lot of of wounds.

The TED – ideas worth spreading – website has, up until now, been a favourite of mine. Now I am beginning to question their judgement. There has been a huge debate about Dr Rupert Sheldrake’s talk at TEDx Whitechapel and the upshot of it all is that the video has been taken down from the main site. Censorship! What happened to ideas worth spreading? Sheldrake is a well-respected scientist but he is very controversial as he is attacking scientism and the way science is done. If Pope Francis takes on the power structures in the Catholic church he may well face the same sort of opposition. It will be interesting to see the arguments that arise. Probably they will be equally as uniformed, beside the point, fear-based and personal as some of the arguments on the TED discussion site. So Pope Francis, be warned. And stay true to yourself. 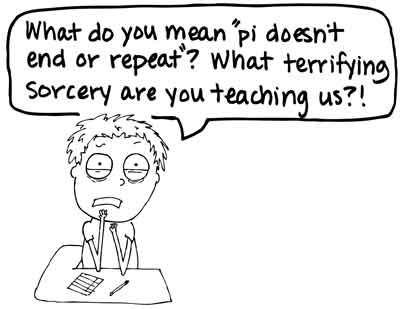 Cartoon from a wonderful blog Beatrice the Biologist

“Have the courage to follow your heart and intuition – they somehow already know what you truly want to become. Everything else is secondary.”
Steve Jobs – Stanford commencement speech 2005.

The moment of the holy white smoke is 13 March 2013, in Rome. The Vatican site quotes a time of 19:06. Mars is conjunct Uranus in Aries near the descendant. A sign of radical and daring change. At the announcement of his name at 20:13, the Moon was exactly on the descendant, coming out to the public. The Sun is of course in Pisces, the topic covered here but as this is a moment concerning a new leader, I think the aspects with the Sun show the new leadership qualities. The potential shown: Venus – peace and discussion, mediation. Pluto – a strong, powerful leadership – hopefully a new pure way to use power. And most interesting to me is the Sun square to Ceres. St Francis is a very Ceres-like figure. Peace, democracy, environment, food, valuing the wisdom of older women and protecting animals and purity are part of her remit.

Pope Francis: He was born on 17th December 1936 in Buenos Aires, Argentina. No time of birth is yet available. He has a T-square with the Sun, Neptune and Chiron – a potential healer I think. What I also find interesting is the Jupiter conjunct Ceres – a belief in the Ceres topics mentioned above. A belief in the vision of St Francis.