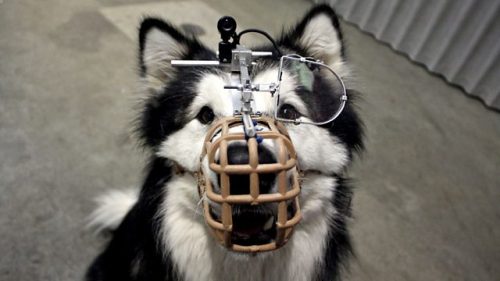 Photo from BBC Horizon The Secret Life of the Dog

Did anyone see the BBC documentary on dogs last week? Parts of it were very interesting (how they are using dogs to decode DNA of disease and how dogs scan human faces).  But … there are still hugely sweeping statements and conclusions being made on these documentaries. No mention was made of Rupert Sheldrake’s work with telepathy and in particular that animals are good at it! And do these people ever talk to pet owners?

The aggressive and tame foxes mentioned (and bred from) would have been a great Venus –  Mars study.  A whole other study could have ensued if scientists were open to astrological thinking. Maybe the more aggressive foxes were more Marsy? And the tame ones more Venus oriented. It was interesting to see that the tame ones became more rounded in the shape of the head – a trait that we humans perhaps find more beautiful – i.e. Venusian. Any animal scientists out there fancy talking to an astrologer?