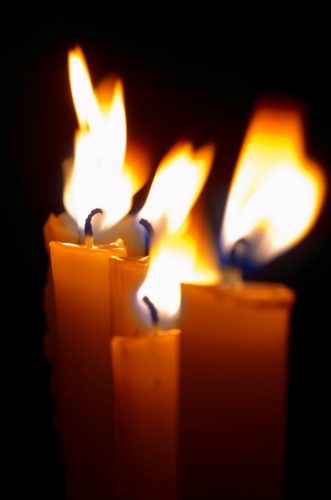 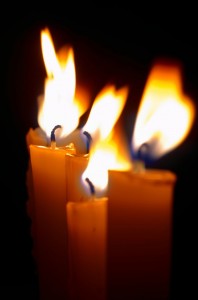 What a terrible experience it must have been yesterday in Utoeya Island and in Oslo with the bombing. At present it seems to be the work of one person, which may or may not be more comforting than a bigger organisation claiming the deed. Being able to keep tabs on a single person has always proved to be impossible in these devastating cases. The sad fact is many people have died, (91 at the time of writing) all of them far too young.

Although with events like this, I, like many astrologers, look at the charts to try to make sense of them, astrology doesn’t really provide much solace. It shows the themes of the moments and bringing these themes to light might go some way to an explanation of the drives of the murderer.

The island case appears to be another example of an aspect in the heavens coming into sharp focus. The same aspect that is not yet exact, and won’t be until next year. I’m afraid we might still be in the warm up stage, but perhaps there is hope that this type of event might make us more alert as to how this energy needs to be transformed.

I haven’t seen an exact time for the shootings. It seems to be about 2 hours after the bombing which was took place at 15:26 Oslo time. 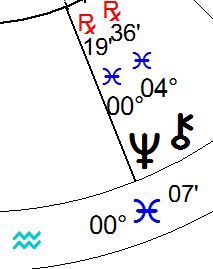 The bombing chart shows the planet Neptune right at the bottom of the chart. Underfoot so to speak. Neptune creates chaos and loss, in this case at the fundament of the Norwegian capital. Great grief. But Neptune can also act as a smoke screen of deception which seems to have been the case for the murderer. It could suggest that the motivation was one of being ‘addicted ‘ to very strong ideals, (in this case extreme nationalism). It suggests someone who will make sacrifices. Neptune is next to Chiron which is about a deep, some would say karmic, wounding. There may be an old wound being opened here so that it can be healed.

But certainly a great wound has been caused. 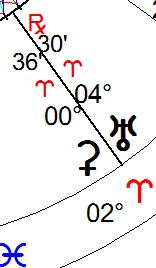 I can’t find an exact time for the shootings but assuming that is was about 2 hours later than the bombing, one of the planets in the aspect mentioned above, Uranus, has reached the same spot. The planet of shocks is now underfoot and is in an aspect with the planet of death, Pluto. Uranus together with Pluto can create terrible and shocking violence, as in this case. Uranus underfoot is like an earthquake. Norway must be shaken to the core. The sign that resonates with Pluto, Scorpio, was on the horizon for both of these charts. The image is one of transformation and already the media are pronouncing deep changes –  Norway will never be the same. It is being called Norway’s 9/11 and I think looking at the chart that is a good description.

Uranus is working together with Ceres, who I think will continue to use Uranus as a wake up call (as she gets closer to him) for what we are doing to the environment. Uranus is the planet of adolescence and Ceres represents an older wise woman so what wonders what these teenagers were discussing. It was a Summer camp run by the ruling Labour Party. Maybe this will give their topics a stage. A wake up call to create a better environment for the future.

It is also interesting in connection with Ceres, who I think has a theme of women’s emancipation, that the Commissioner of the Norwegian police is a woman, Ingelin Christine Killengreen, and she is also a Scorpio. Norway has a very good record for equality of the sexes. Perhaps this a relevant theme that will be highlighted too. Looking at the charts, I suspect Ingelin Killegreen might have an important role to play as this terrible case unfolds.

The Prime Minister described the sudden (Uranus) transformation (Pluto) in this case as one of “from a paradise to a hell”.  His shock is great. He was scheduled to speak at the gathering.

The suspect, Anders Behring Breivik, has been arrested and he is very Uranian. He is very intelligent, an IT consultant, very active on social media and very right wing. He is against immigration especially of Muslims. This is an indication of someone who knows he is right and nothing will change his views. Uranus this way can produce a very cold and cruel individual. He is (if web info is correct) an Aquarian, confirming these qualities, albeit in a negative way.

Pluto and Uranus can indeed transform. I hope we can use this growing energy to transform on the same scale but in a powerful, innovative and positive way.