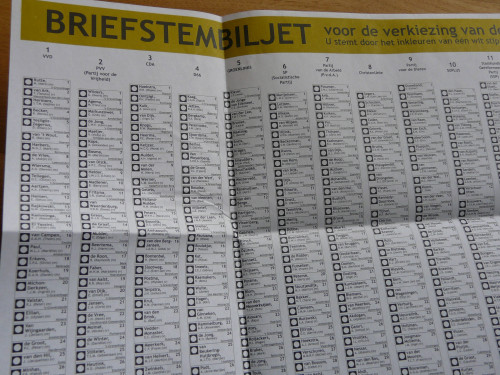 This month I have a choice of 37 political parties to choose from in our Dutch elections. And even more people, as we can also vote for a particular person if we would rather have someone from a particular party who is not at the top of their list. Pfff!! Usually I would know by now which way I would vote, but this year there are just too many parties. And many issues that I care about have the same solutions from more than one party.

So I, as I imagine many others will do, will look to the leaders of the parties and vote for one of them. I don’t agree with my own strategy really as I think that what each party stands for is important, as well as the leader, but it’s just too hard! Even though we have websites that help you choose, a different party comes out as the best fit for me each time I fill in these questionnaires. 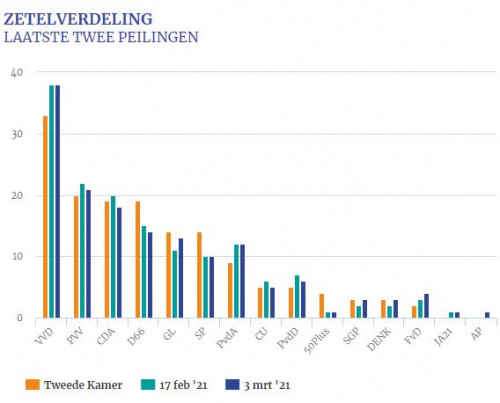 Current polls as I write –  from Ipsos.com –  yellow is current (decommissioned) parliament.

The current Prime Minister’s party, the VVD, is way out in front in the polls. If they are right, Mark Rutte will serve yet another term as PM. He has been in that role since 2010, a long time to lead a country. I wrote about him and some of the others who are still in the race, when I covered the 2017 elections. In this post I said:

“Is it me you’re looking for?

Who is the Netherlands trying to attract as a leader? I really think it works this way. So what sort of leader fits? Appropriate for Pisces time, the chart I use for the Netherlands has the Sun in Pisces. It has Cancer ascending and an Aquarius MC, which is the point I associate with mission and goals. These are the three points I would use for branding. The Sun for the heart of the nation, the Ascendant to represent image and the MC to show reputation. The Sun also represents the leaders.”

I used my country branding ideas to see who might fit the Netherlands horoscope. My conclusion was: ” So in short, Rutte is far and away the most aligned with this chart for the Netherlands for these three points. Coincidence?”

I also said that I was a good fit, but I decided against running for Prime Minister, although it would have made voting easier! 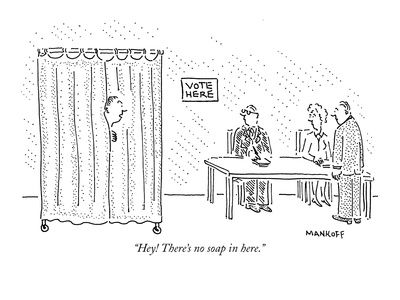 Voting in Corona times – even the red pencils will get sanitised.

So using this method, Rutte is, of course, still a good fit. There were two others in this analysis who are still leaders of the same parties. Geert Wilders for the PVV, and Jesse Klaver for Groenlinks. Check out the post if you are interested in them.

The chart of the voting time is relevant, and for this election I would look at the close of the polls on the last voting day, which is 17th March at 9 pm. Mail-in voting, and early voting due to Corona, means that voting started early. The Moon shows the mood of the people, the voters, who of course decide the outcome. In the closing of the polls chart the Moon is in Taurus – the same as the NL chart. The ‘people’ want practical solutions to financial issues and everything else. The Moon does tarry with Uranus during voting though, so the populace want some innovative changes. There may be a few surprises.

However this time I want to take a look at a match from another point of view. I am using the Netherlands and the elections as an example but this method can be used to match people with companies as well. I still think a country or a company attracts its leaders. I wrote a post on companies way back in Libra 2006 time. So although voting day is interesting, instead I want to look at the top seven leaders in the polls and see how they fit with the description of leadership in the Netherlands chart that I use. And hurrah! Unlike last time, three of these are women! 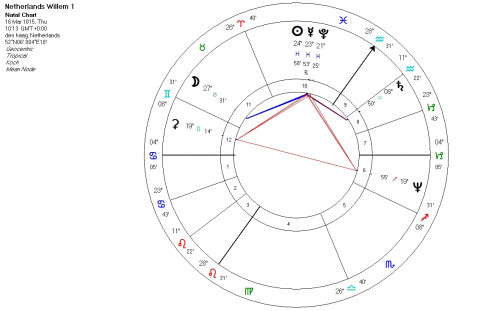 Chart of the Netherlands showing only aspects to the Sun, which is what I use to define leadership.

Description of leaders for Netherlands

I use the Sun to describe leadership or management that fits with the entity, in this case a country. A fitting leader for the Netherlands would need to have many qualities, which I ascertain from the following archetypes. (Aspects to the Sun – for you astrologers out there.) They are Pisces, Moon, Mercury, Ceres, Saturn, Neptune and Pluto – quite an ask  – and it would be unusual for anyone to have all of these.

In summary this would mean someone who is (using the positives of these archetypes) compassionate, family and country-oriented, communicative, ‘green’, democratic, result-oriented and a good manager, as well as being someone who can take control. 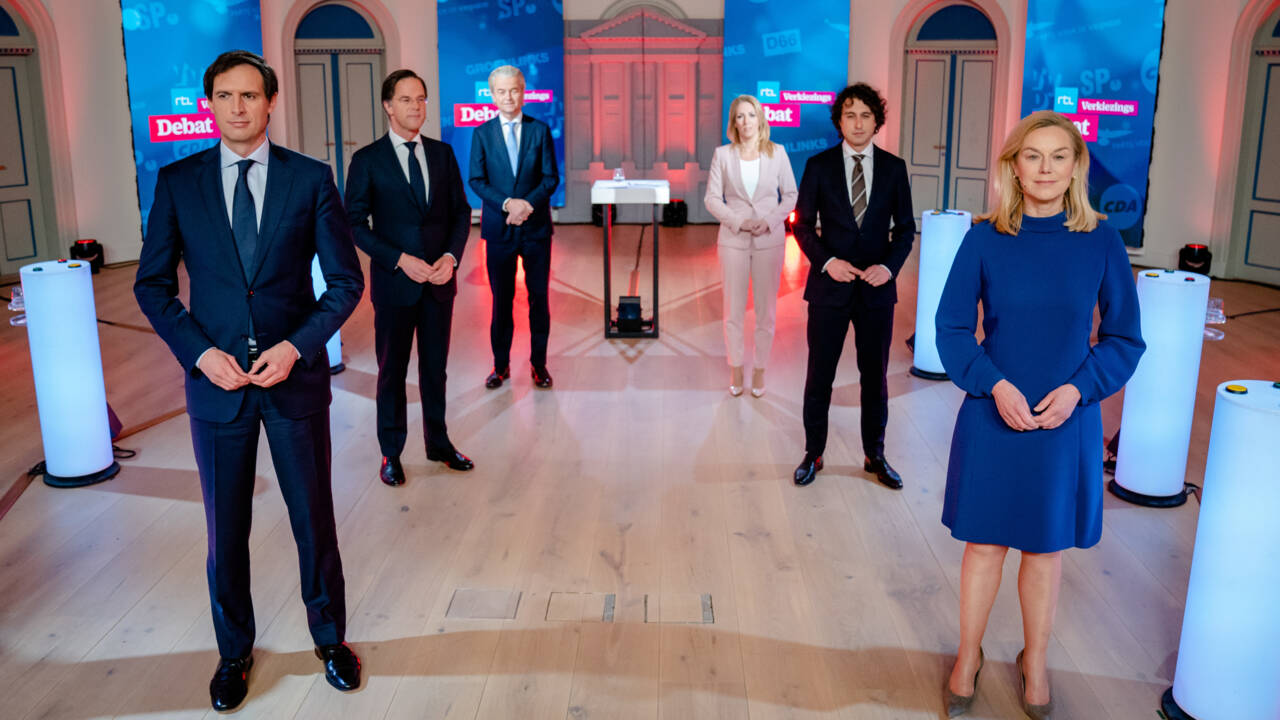 One of the main TV election debates with the top six current parties. L to R. Wopke Hoekstra (CDA), Mark Rutte (VVD), Geert Wilders (PVV) Lilian Marijnissen (SP), Jesse Klaver (Groenlinks) and Sigrid Kaag (D66). Broadly, the three on the left are more right-leaning and the three on the right more left-leaning, (go figure!) except for D66, who are more middle-of-the-road.

The leaders I will look at this way are Mark Rutte – VVD (People’s party for freedom and democracy), Geert Wilders – PVV (Freedom party), Wopke Hoekstra – CDA (Christian democrats), Sigrid Kaag – D66 (Social-liberal democrats started in 1966), Jesse Klaver – Groenlinks (Green left), Lilian Marijnissen – SP (Socialist party) and Lilianne Ploumen – PvdA (Labour party), who was not in this debate, which seems a bit unfair! She is doing better than sitting parties in some polls, but with so many parties you have to draw the line somewhere.

Using the same techniques as I would for a country or company, the leadership styles of the individuals are as follows: 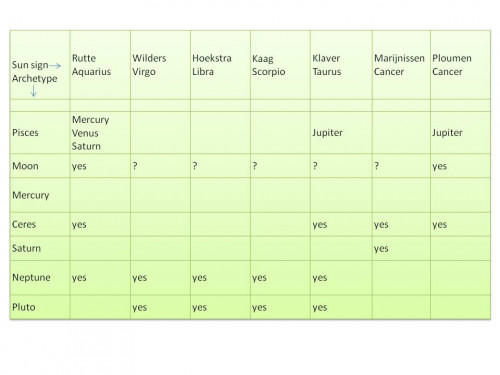 Mark does it again

We can see that Rutte comes out well in this system too. As the Sun is in Pisces in the NL chart, which I find very important, I have included planets that are in this sign for the leaders. Rutte has three and both Klaver and Ploumen have Jupiter in Pisces. Jupiter shows our strategy or philosophy. What we believe in. These two leaders are in line with the Netherlands heart in terms of their politics. This could be advantageous. Particularly when it comes to negotiations for forming a coalition, which we nearly always have because of the number of parties.

I have put question marks for the Moon as I don’t have birth times for most of them and this matters. However, even though I don’t have a birth time for Ploumen, the Sun and Moon were in aspect all day on the day she was born and as she is a Cancer which makes her very ‘Moony’.

In the technique that I highlighted in my 2017 post, the fact that Marijnissen and Ploumen – two of the women – have the Sun in Cancer, also shows alignment with the image of the Netherlands. So that’s a point in their favour. 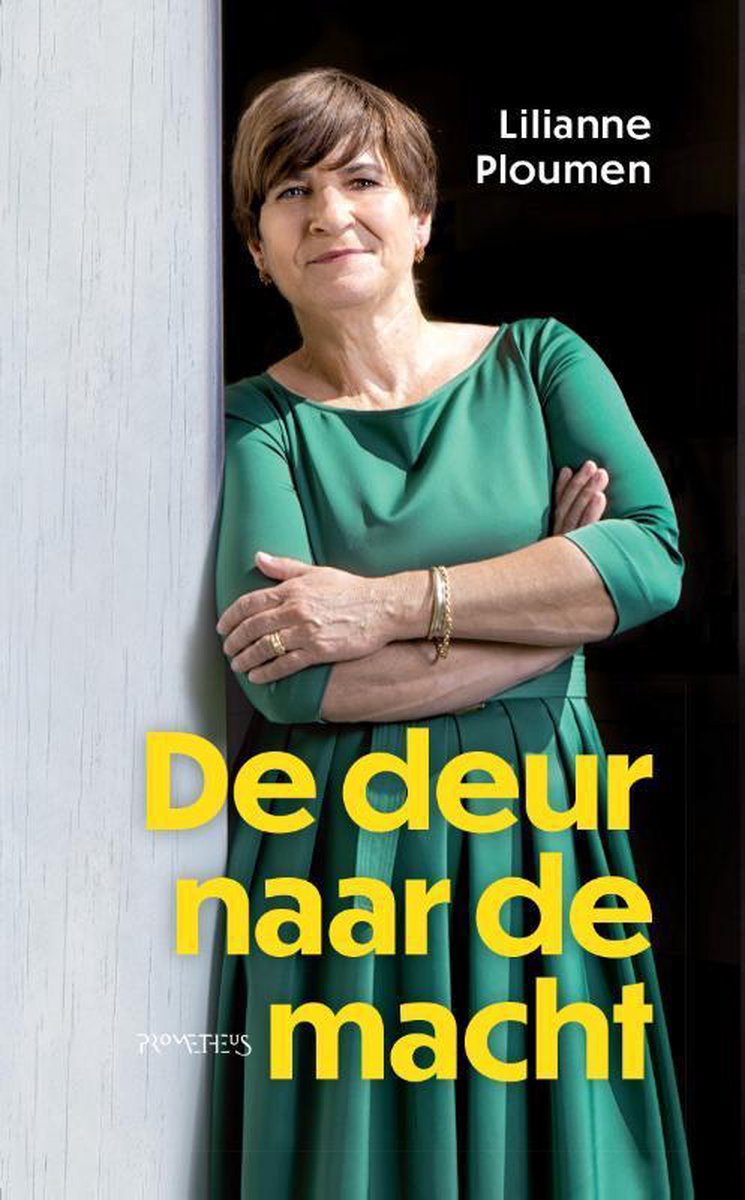 Lilianne Ploumen published this book – The door to power – in 2020. PvdA – the Labour Party – has done badly in the last few years and didn’t have enough seats in the current parliament to take place in one of the main debates shown above. Ploumen has however taken part in other debates as the new leader of the party which is now doing better in the polls.

Leaders with Ceres show their green credentials and possibly are fighters for the underdogs. Everyone says they want to work on the climate and environment in their election manifesto but Rutte, Klaver – thank goodness as he is the leader of Green Left! – Marijnissen and Ploumen really do have green hearts.

The gift of the gab

It is interesting that the NL chart has Mercury strongly placed. This highlights its trading history and capability for languages. It punches above its weight for its size in Europe, probably due to these abilities. However none of our leaders has Mercury featured this way. The two leaders who have the most talent for communication are, in my astro view, Rutte and Kaag. And I think they are demonstrating this in debates. But maybe I am biased because of the astrology. They both have Venus (talents for me) and Mercury together, a strong ability to listen and speak. So that’s a point for our third woman!

Ploumen and Klaver also have this ability but astrologically it is slightly less pronounced.

Apart from Rutte coming out best this way too, I think it’s looking good using this method for our two Lilian(ne)s. Yah to the women. And for Jesse Klaver, as he has some good connections. He is also a Taurus, the sign where the Moon is on the last voting day, as well as in the NL chart. He almost made it into the cabinet last year but he walked away from negotiations. Will he be in a position to make a better deal this year? We shall see. So now to make up my mind!

For those interested: How the Dutch political system works

And an explanation of the political parties

“During an election campaign the air is full of speeches and vice versa.” Henry Adams