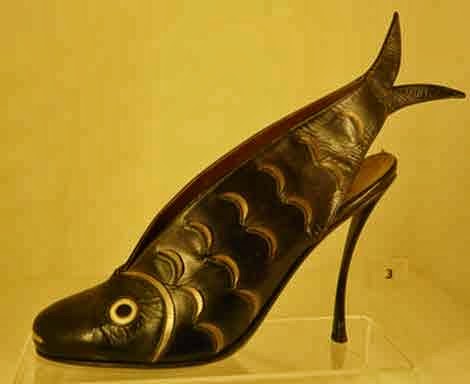 I sometimes think that I am turning into my father. He often used to shake his head and with a look of despair would say “The world has gone mad!” I find myself uttering the same words. My father left this planet a long time ago so I really wonder what he would think if he saw what was going on now. His other favourite expression would have been appropriate I think: “Words fail me!”

Pisces is a sign that represents having no borders and boundaries, and because of this it has associations with drugs and addiction. This month the song “Love is the Drug” came to my mind. I loved Roxy Music and am still a bit of a Bryan Ferry fan. The planet Neptune is what modern astrologers see as the ‘ruler’ of the sign of Pisces. Bryan and I come from the ‘Neptune in Libra’ generation. Perhaps for us love was the drug – particularly for Bryan as he is also a Libra, therefore the sign of love and harmony is strongly emphasised for him. His song ‘Slave to Love’ also reflects this theme.

Slave to shoes?
Because Neptune and Pisces are associated with art, design and feet I am going to use my own photos this month instead of the usual ones. Nice to have a bit of light relief in these heavy times! The photos were taken at a wonderful exhibition on shoes in Rotterdam’s Kunsthal. I suppose I have to admit I have a bit of a shoe addiction – not that I can match Imelda you understand! 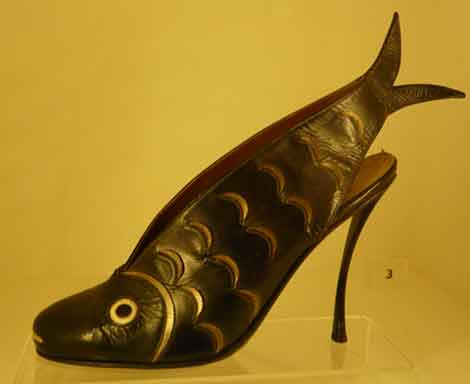 Since Bryan and I were born, Neptune has since moved from Libra through the intervening signs, and settled into to his own sign, Pisces, in 2012. I wrote about Neptune in earlier signs in 2009. Since 2012, our idea of an ideal world includes being interconnected, being more compassionate, being more intuitive, and many other Neptunian things, both positive and negative. I mentioned this too in previous posts: Capricorn 2011 and Pisces 2012. This forms the backdrop for what I really want to talk about. Because I think love is no longer the drug or the addiction. There is a far more dangerous one. Power!

We are all addicts
Most people born between the 1940s and now have what is known as a sextile aspect between Neptune and Pluto in their horoscope. Technically, the two planets have been in a dance where they have been about 60 degrees apart all this time. Sometimes the distance between them is exactly 60 degrees, making it a stronger theme for some. However I basically read this as meaning that this whole generation is ‘addicted (Neptune) to Pluto’. i.e. anything Scorpio-like.

There are other good addictions but we are also…

Did I mention Vladimir Putin? Our man of the moment, who is being eclipsed in the news only by a plane that has mysteriously disappeared. As an aside, Neptune, Pisces and water are very prominent in the chart for the take-off time of Malaysian Airlines flight MH370. A very Piscean story of suffering, deception, guilt, chaos, loss and mystery. But to get back to people in power… It is known that power can corrupt. It can be very addictive, as is evident in many world leaders. Several of the old guard are not willing to give up any of their power. Putin is certainly not alone in this. As I write, the people of the Crimea have voted to become part of Russia. The West is up in arms, “An illegal referendum” they cry, and have recognised the ‘rebel’ parliament in Kiev. But who is to say what is really going on? We are addicted to conspiracy theories too! Stories in the press have a lot of power, but I have no idea what the truth really is.

What is true however, is that the Ukraine has always been a troubled area by virtue of the fact that it forms a buffer between East and West. The story goes that Nikita Khrushchev gave away Crimea to the Ukraine when he was under Neptune’s influence – clearly he was a generous drunk! Perhaps it is fitting that the victims of this gesture want to stand up and be recompensed.

STOP!
The situation could be very dangerous. World wars have started for less. At least it seems that most people are trying to be ‘sensible’, but there is a sense of international honour being tested. Agreements have definitely been broken. Putin, a Plutonic type, knows how to wield power and is a canny politician. Who can stop him? He doesn’t really care about anyone else’s rules, even if he agreed to them in the past. Now I don’t know him personally of course, but from what I have seen and read about Russia, my conclusion is that he is a bully. He says this himself and he likes his thug-like image. He possibly has an addiction. According to Masha Gessen, who wrote a book about him called ‘The Man without a Face’, he suffers from pleonexia — “the insatiable desire to have what rightfully belongs to others.” So should we treat this like any other addiction? Perhaps he can’t help it!

My name is … and I am addicted to …
Perhaps a 12-step programme such as Alcoholics Anonymous (AA) and many other groups employ? But that requires the addict to admit to errors and take responsibility for the addiction. I can’t see either side doing that. So that probably won’t work. And anyway, one of the criticisms levelled at the AA is that members get addicted to the AA. I think that’s probably right. We are all addicted to something to a greater or lesser extent, but some addictions are damaging to other people. So it is better to have a ‘good’ addiction than a ‘bad’ one. We all need to go beyond borders and boundaries and get lost in some other dimension sometimes, otherwise we would be inhibiting our imagination. 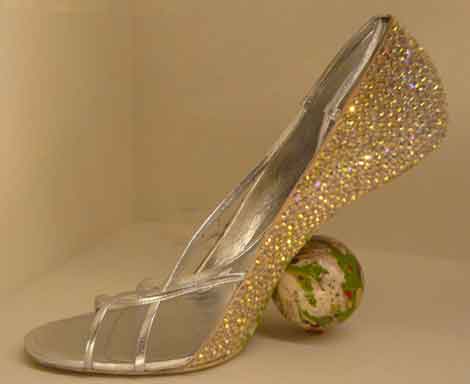 What to do?
So how do we deal with bullies? Schools struggle with this, as do people on the work floor. Bullies need to be stopped, but using retaliatory violence and control often just makes it worse. The West has now thrown financial sanctions at various Russians and Ukrainians. Putin is probably laughing at this, knowing that the West is pretty powerless to control him. Diplomacy is really not going to cut it and that is what makes it so frustrating for Europe and the US. They are powerless when it comes to Russia.

The US addiction to Pluto takes the form of espionage: going way over privacy borders and boundaries. Europe also does this. The UK, for instance, has cameras covering pretty well every inch of it. This from William Davie from the HuffPost Students: “According to statistics that I have read there are some 1.85 million CCTV cameras in the UK right now. You are probably being watched all the time and not even noticing it. And that’s before we take into account private security cameras inside buildings and so on. So we can add another thousand on to that 1.85 figure.” But spying on people only provides information – it doesn’t necessarily make people change – it often just makes them more sneaky. 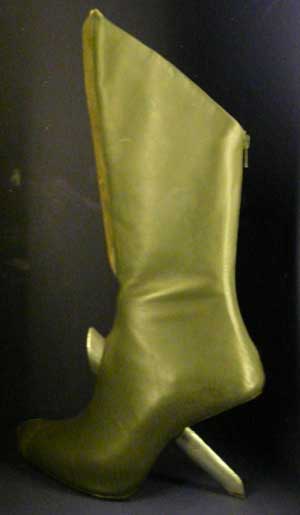 Digging deeper
Behind every addiction is a longing. Addiction to sweet things like chocolate often hides a need to be truly loved and valued. The real problem is a (perhaps unconscious) belief that being loved is impossible. Similarly, behind an internet or mobile phone addiction is often a need to really communicate and connect. But in a world with less time for true connection, this is believed deep down to be unattainable.

So what lies behind a power addiction? A deep longing to have influence. Most bullies have been bullied. They have been made to feel powerless, having had no influence on any situation in early life. Although there is little known about Putin’s early life, it appears to have been pretty tough. By all accounts he was a fighter at a very young age. He is probably suspicious about everything – trust is a big issue for bullies, and the strategy developed to compensate, is one of controlling everything. So how could the world give Putin the influence he probably craves? I have no idea – but I think it’s a better question to ask than what sanctions can be thrown at him to punish him. Although any influence he might have will probably never be enough – that’s the danger of addiction. 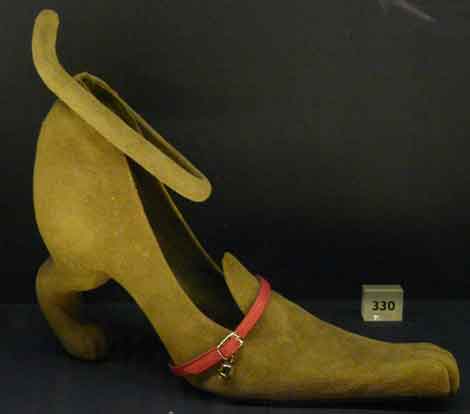 How did Capricorn the goat get in here?
The last thing I want to mention is the fact that Pluto is in Capricorn at present. This is an earth sign, which can literally be about borders. Country borders. Is it any wonder then that power struggles (Pluto) over land are triggered again during this period? This is bound to bring up old issues about who owns what, when it comes to land. This may apply to conflicts with your neighbour as well!

All these themes are relevant for all of us – not just country leaders. What is needed is a sort of therapy at every level of past victimhood. Past hurts need to be brought to the surface and healed. Maybe Crimea returning to Russia does this somehow, whatever the method. Are there areas you need to look at in your own life in order to heal a feeling of having been victimised in the past? Food for thought, I hope. 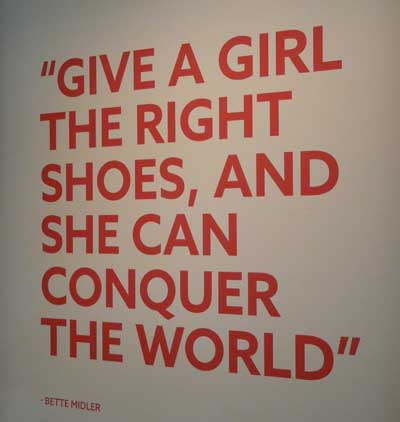 This is a long, but well worth watching, film over what is happening in the world. The beginning gives a good summary of how the current planetary themes are manifesting. The Collective Evolution III: The Shift.

See how borders in Europe have changed in 1000 years.

And in case you want to read about Putin the thug.

“Power is sweet; it is a drug, the desire for which increases with habit”
Bertrand Russell, 1951.

Vladimir Putin: 7 October 1952, 9:30 St Petersburg, Russia. Rodden C rating. There are other dates for Putin including one 2 years earlier. See my later post