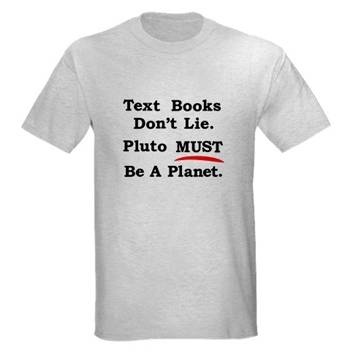 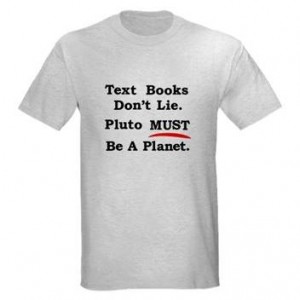 Thank goodness.  In Pluto’s time of the year, Scorpio – when else –  science has proved that he is still the biggest known body in the Kuiper Belt. Part of his reclassification to a Dwarf-planet in 2006 was due to the fact that there were many other objects out there and he was possibly smaller than the then recently discovered Eris.  But now as Eris entered an area where she could be measured – Hurray! It could be proved that Pluto is still bigger.

In 2006 there was much consternation about Pluto no longer being a planet. Many T-shirts later astronomers are still arguing about the classification.

But many were really happy to have yet another thing that they thought proved astrology wrong.

Don’t be fooled – Pluto is still having the same effects he always had. The astrology of Pluto hasn’t changed. As we get more used to him at a consciousness level we can tend to make the most of him. Many are now using Plutonic energy in a positive way. Power with responsibility, transforming in a positive way, unlike when he was first discovered in 1930. Psychology has moved on since its initial fumblings. But he’s still a force to be reckoned with Dwarf or not.