A few years ago when I was doing my dissertation for my MA in Cultural Astronomy and Astrology, I was lucky enough to get an interview with one of the managers at Athos, the managing company of C&A in Amsterdam. This week in the press, there was an article about them, confirming what I had discovered then.

They had just become more ‘open’ as a company, but they were the only one of my research companies for which I couldn’t get a start date and the only one who wouldn’t give me permission to use any of what I found through interviews, in any of my publications. ‘Open’ apparently has different meanings! The article also refers to this fact. They play everything very close to their chest. (Picture of logo is from C&A site).

I was researching how my ‘Company Clock’ model (one that shows organisational development phases), worked for C&A. Because I had followed the phases then, I was interested to see what they were up to now. The article referred to the fact that they are structured in a way that means that they don’t have to publicise any of their figures. I discovered that this structure was set up in the crisis point of the 8th phase – related to Scorpio – the mid-life crisis phase for people and companies. They made sure, in this phase, to do lots of Scorpio things: keep control, maintain privacy and totally reorganise. 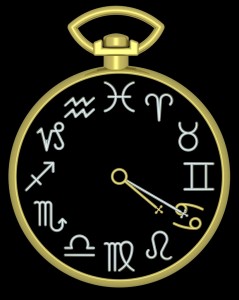 According to the Volkskrant, C&A is 150 this year, a real achievement for a family company. That’s not strictly true as according to their own website they were founded in 1841. However the opening of their first branch was 20 years later. Today, the Brenninkmeijers are one of the richest families in Holland. Now that they are 170 (I use the founding date), they are in the 4th phase again, so I was delighted with the last sentence in the Volkskrant Article of 23 May 2011. “En de volgende generatie is alweer bijna aan bod.” It’s almost the next generation’s (of Brenninkmeijers) turn. My model seems to be working even for them!

What I’ve discovered in this Cancer phase in many companies, is that there are often changes in management. Major new players in the boardroom. For people, this phase, (which happens first between 18 and 24, with a crisis point between 21-22), is when we make our own nest. We leave home and create a new ‘family’. Companies seem to do this too.  It would be interesting to know what happened in C&A the first and second times round in this phase. These were between 1859-1865 and 1931-1937. I tried to discover this during my research, but the only thing I could really ascertain was that in 1861 the 2nd store in its history was started and perhaps more interestingly, looking at the economy now, in 1934 a differentiation in the range was made so that high-class people, now with less money, would feel at home. Also because of their non-Jewish policy, permission was given for a store to open in Leipzig in 1937.

It seems some themes never change! 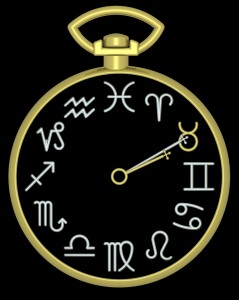 We can use the age of 150 years for the stores, as the 170 applies to the whole company. This means that the stores have their own life-cycle which is even more interesting as they are entering the 2nd phase again, the one concerning Taurus, where core products need to be redefined and finances need to be put in order. It’s all about money! Interesting then, that in the last two rounds of this phase, C&A created the then new slogan  “C&A is toch voordeliger” in 1924 which was used for a long time, (difficult to translate but something like C&A really is cheaper). Today the English version is “Fashion You Choose”. Are we in for a new positioning and slogan in the coming 6 years? And in 1995 H&M started competing heavily with C&A. My advice for C&A is to get ready to go back to basics and expect competition.