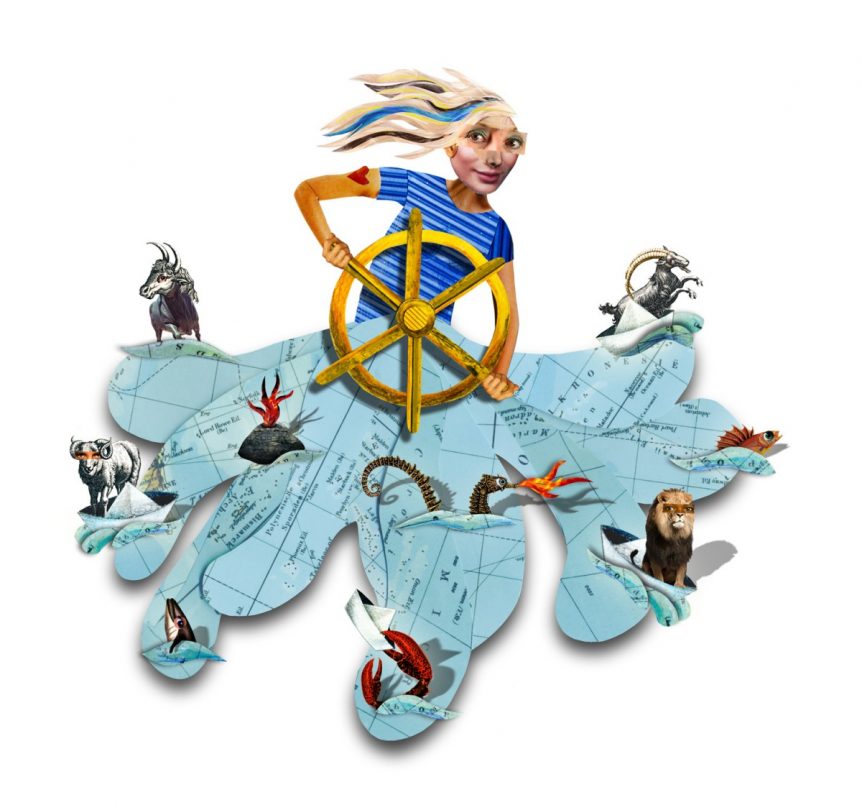 I woke up the other day and for some unknown reason I thought of the valley of death, probably tuning into the Scorpio vibe. But was it supposed to be Death Valley that I should consider? After all, I am planning a trip to the US next year! On further contemplation the words of Psalm 23 came to mind. This was a bit of a shock as I am not religious at all. However I was sent to a Presbyterian girls’ school when I was 13, (another story) and we had to sing hymns every morning – including this version of the lines of Psalm 23: “Yea, though I walk in death’s dark vale, Yet will I fear no ill; For Thou art with me; and Thy rod And staff me comfort still.” I must admit to never having thought about what ‘thy rod and staff’ actually meant – although as teenage girls we probably had our suspicions!

An image from many sites – showing how the rod and staff were used.

But of course it is about Jesus as a shepherd – someone who protects us against danger, yet also disciplines us if we go off the right path. It is a bit of a Saturnian picture, putting authority outside us and aligning us with sheep, who have the reputation of being stupid (which they most definitely are not.) It is an old ‘fearful’ view in religion, which is unfortunately still alive and well. These days we need to develop our own authority and choose our own path in life.

For me, death’s dark vale – or in newer translations, the valley of death –  aligns with the Scorpio part of the sky, which has always been thought of as dangerous. Scorpio has to do with death and sex, which for many religions is very dangerous. Control is the order of the day. Every year the Sun travels through the ‘valley of death’. The veil is supposed to be at its thinnest now and so we can contact and remember the dead more easily at this time of year. I always imagine the planets getting a bit nervous when they are about to travel in this part of the celestial landscape, as indeed ‘here be dragons!’ We still find dragons wondrous creatures so they evoke excitement and danger. Anyone who can slay them or control them, is seen as very powerful! There is Scorpionic fascination with these mythical creatures. 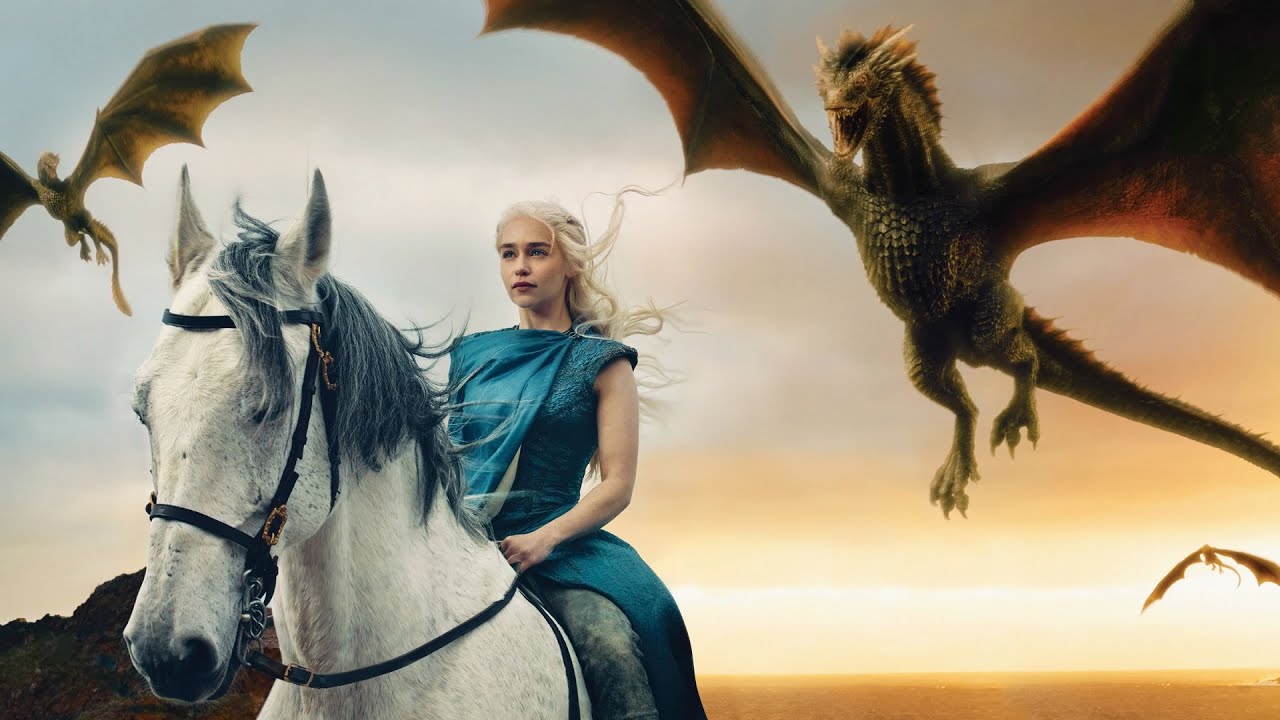 Daenerys Targaryen – Mother of Dragons in Game of Thrones. She is a  wonderfully Scorpionic character –  sexual, powerful, feminine and in control. And of course she has dragons! She is also one of the favourites for Halloween costumes – a Scorpio event.

The phrase ‘here be dragons’ is known to have come from old maps, although while old maps frequently had pictures of dragons and dangerous creatures, only one map is known to have these words: HC SVNT DRACONES.  It is the Lenox Globe – see article below for more information. The phrase has become synonymous with unknown territory, and the unknown is thought of as dangerous. When working with the Scorpio archetype in therapy, one of the fears about digging into the past, is the fear of what you might find. Doing deep work indeed uncovers hidden things, but they are often nowhere near as scary as anticipated and frequently, the reward is the discovery of hidden treasure! 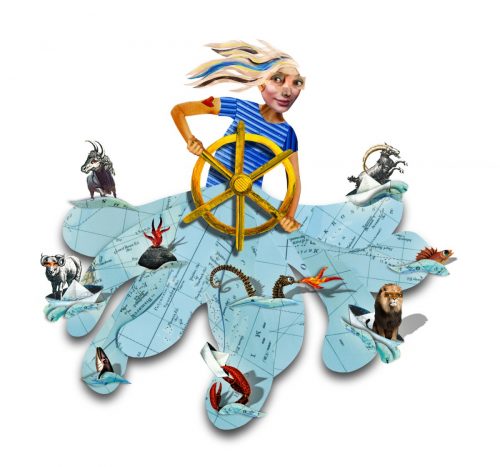 An illustration that was adapted for the cover of the updated version of my book on Vocational Astrology. How to steer your life around the dragons and towards the right zodiac signs for you – I love the zodiac animals that we added!

Back to the valley of death

But sometimes dragons can’t be avoided. There are two planets and the Sun wandering through Scorpio as I write. Maybe they have trembling knees! The Sun and Venus go through at a bit of a sprint. As with all the signs, the Sun only visits this territory for a month each year. Venus is only stopping by between November 8th and December 1st. Mars will soon spend a bit longer – from December 10th to January 26th next year.

Those represented by Venus, Mars and the Sun have only a short time to face their dragons. One of the things in the scorpion’s domain is secrets. The #metoo campaign is ensuring that young women (Venus) are exposing secrets – some from many years ago. They are speaking out on many sexual encounters that have had to remain in the shadows. This can be good therapy for healing, but it can result in the negative sides of Scorpio coming to the fore – revenge, and manipulation. I understand this. It is a natural reaction after feeling powerless for many years, and can be an attempt to gain some power. But lying, underhand, mean and manipulative behaviour never works in the end. Empowerment must come from self-worth and learning to stand up for what we want – and having support for doing this. We need to come face-to-face with our own basement creatures! So ladies, this much needed campaign needs to be pure, coming from a place of empowerment rather than revenge.

What about the men?

The Sun can be a significator of men in authority, such as bosses and fathers. Many men are having secrets exposed now, and a common reaction is to lie about the events. This approach never works when Scorpio is involved. The forensic, detective part of Scorpio energy will always get to the truth. Liars and people who misuse power will not be tolerated when Scorpio works well. 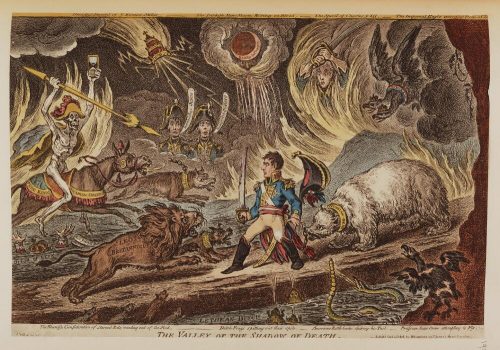 Then there is Jupiter …

… the entrepreneur, the university lecturer, the lawyer, the gambler, those dealing with big money and taxes, the religious leader and especially the politician! Those who can play god. Jupiter walked confidently, as he often does, into our territory of the month on October 10th. Perhaps he will be a transformed (Scorpio) man when he leaves on November 8th next year! The potential is there. The dark secrets kept by these people are coming to light. They are not all men. However in our patriarchal society, many in a position to abuse power, have been men. Right on cue on October 10th, the Harvey Weinstein story broke. We have our own version of it here in the Netherlands too, in the case of Job Gosschalk. It was the start of a deluge of stories of sexual assault by those in power in the movie industry that was to trigger the #metoo campaign – women speaking out about their own experiences. And of course men have been abused too. I think when Mars (young men) goes into Scorpio we might see more of a male version of #metoo as well.

Clearly the same thing is happening in the political arena. The UK parliament, in addition to struggling with ‘big money’ problems caused by Brexit, is also dealing with many allegations of sexual abuse. The US has its fair share as well, including stories of a judge, a very Jupiterian occupation. The Paradise Papers have brought tax evasion to light – another wonderfully Scorpionic area. Russia is also being outed on some of the sneaky social media tactics – Jupiter rules marketing! In this case in politics, but it probably has links to big business as well, of course. British Universities are also in the news. An October headline from the Guardian: “Scale of sexual abuse in UK universities likened to Savile and Catholic scandals.” And of course the Catholic church is still struggling to solve the problem of how to balance the secrecy and privacy of confession with reporting criminal offences, as well as how to deal with the large number of cover-ups there have been.

This is a chance to uncover what is wrong in all these areas. We need to look at our beliefs, our ‘religions’ – Jupiterian concepts. Scorpio can drain swamps or it can make things more fundamentalist and nasty, as people in power try to maintain control. Things could get nasty before they get better, particularly if we stay disempowered. So on a personal level we need to do our own deep work. To really analyse whether we are living out our own belief systems and philosophies, or merely going along with others. We also need to look at whether we are being vindictive in our own lives when it comes to what we believe. Perhaps confronting the real problem might be more rewarding. Making contact with people of another faith or opinion and having a real conversation, might uncover hidden treasure while Jupiter is in Scorpio.

In our tribes we need to confront any misuse of power in the areas mentioned above and this appears to be happening, particularly with sexual abuse and tax evasion. Sex, power and money often go together. They are all powerful motivators – often used to control or given to obtain what is wanted. If sex is denied it will often find a way to be expressed – when will authoritative religions learn this? There will probably always be dragons here, as Scorpio has the will to survive. But like a frightened animal when cornered, it will kill or be killed. 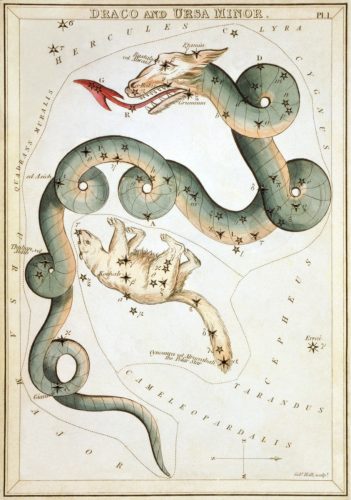 There are dragons everywhere these days and all dragons need to be handled with caution. However they have always been fascinating creatures. Researching what we have in our own psychological cellars can also be fascinating. In the west dragons are usually seen as dangerous and powerful, often with a protective role, while in the East they are powerful and beneficial. This sounds similar to the way Scorpio energy can work – moving mountains to improve situations when good, and darkly destructive when bad. How will you use this time? It’s a good thing that many issues are being brought into the light, but whether we can handle them wisely … only time will tell.

An article on maps and here be dragons.

And on clever sheep.

A wonderful interview on sexual abuse in the movie industry with Emma Thompson.

“Everything in the world is about sex except sex. Sex is about power.” Oscar Wilde.