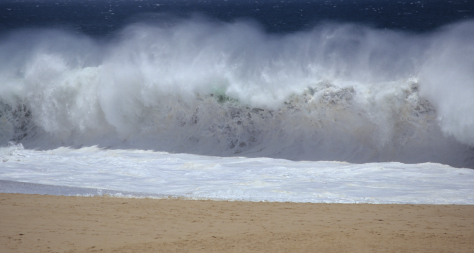 “In every corner of the world people find fulfilment in their area of passion. If you’re still looking for an answer to the question “what do you want to be when you grow up,” it’s probably time to identify your own passion.”
This is a quote from an article by Dan Bobinski “The Power of Passion” (see website section for link), which brings the Scorpio archetype to mind. Scorpio people will recognise these words: power, passion, influence, depth, research – anything where there is a ‘going for it’, a yes or no, no grey, just black or white. A getting to the bottom of things.
But Scorpio is the sign of the zodiac that gets bad press. An emotional water sign.

The negative side of this archetype shows up when passions get out of hand and go too far. We then get obsession, dominance, murder, control, rape, wars and atomic energy problems. The times when power goes wrong. Abuse of power.

Since everyone has the planet Pluto, which rules Scorpio, somewhere in their horoscope and also has this sign present in some way, these themes are relevant to all of us, both at home and particularly at work where company politics, (part of this zodiac sign) can play a large role.
So we all have the ability to be powerful or dominating and passionate or abusive. There is some area of life where we want to be the boss, where we want to have influence and make a difference. The question is: can we do this in a positive way?

What is my passion?
This is a question I am often asked by my clients. We seem to be so busy doing what we do to make money or doing our duty, that we have forgotten what we love. My view of life is that doing what you love for your work is the way to achieve happiness. “Follow your bliss”, as Joseph Campbell once said when talking about the secret of life. Many people now agree with this idea, but the problem for many people is “what is my bliss?” Astrology would say that if bliss equates to passion which is a reasonable assumption, then bliss occurs where we are a little obsessive, where we go for something fully, where the outcome matters, where we want to make a difference. Something which makes us want to dig and delve and find out about a particular theme.

So start by asking yourself these questions.

The answer to these questions might give you a hint as to where your passion lies.

I can’t do that!
The next question is how much of this are you doing? The answer often is, sadly, very little. And there is something slightly scary about passionate people. We don’t like to be out of control, which passionate people sometimes seem to be. When passions take hold they have a lot of power. Nelson Mandela maintained that we are scared of our own power “Our deepest fear is that we are powerful beyond measure.” I tend to agree.  Many people fear therapy for this reason. If they dig and delve too much they might find something bigger and more powerful inside. For instance a rage that is overwhelming. So the rage, along with the passion which is the other side of the coin, gets buried further until we forget what we were ever angry or passionate about. Depression or burnout is often the result.

How did that happen?
Mostly this happens due to a survival strategy. When we try to have power as children, we are often made to feel powerless. We try to get what we want, but when that doesn’t work there are several strategies we can develop. Anything is better than the feeling of powerless. The Pluto archetype is also about survival, so we cannot give up all power or we don’t survive. When you don’t get what you want, what do you do? Express what you want and fight for it? Give up what you want and bury the rage? Manipulate? Dominate? Take it out on someone less powerful? Play politics? Lie? Cheat? Do it anyway and be secretive? Get revenge later? By going underground we lose our power or we may have power, but at the expense of openness and honesty. And frequently at the expense of someone else. This might be fine – they deserve it! However passion goes out the window at the same time. If we don’t have power, we dare not be passionate. Nothing turns us on anymore and since we are powerless as well, we eventually become impotent in many ways. As with all the signs, Scorpio includes themes that are always found together, and if one theme works negatively the others tend to too.

Is there an answer? 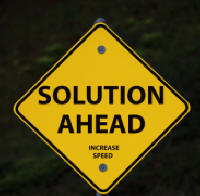 These themes are very recognisable in companies as well as in private relationships. I find the answer is always in the problem. So we can use the Pluto archetype to solve it. By using Scorpio themes positively, we may be able to retrieve the passion we have lost. For individuals, this means we have to get to the bottom of our strategy. We need to research what we fear if we take our power – what is our expectation. Digging and delving will uncover buried treasure which has been buried by not feeling. Therapy itself is a Pluto word. I can tell you, by using a horoscope, what you might be passionate about, but until you look at what’s buried, you probably won’t be able to express your power or your passion. If you dare to look at your powerlessness and see the patterns and strategies you have developed, Pluto gives you the power to transform. Atomic energy can also be used for good – it’s a question of application and intent.

Company passion
Companies can also carry a culture of negative Pluto. Politics, backstabbing, domination and abuse of power can be seen in many companies to a greater or lesser extent. Again, the answer is to uncover the real fears. A company will also have an underlying passion at a company level, which may turn out to be its most powerful asset. Or even its survival.

So is America ready for a passionate leader? 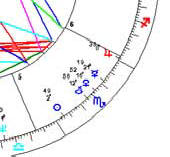 Part of Hillary’s horoscope – there are several birth times floating around the web for Hillary – maybe due to her own secrecy!

Hillary Rodham Clinton has the potential to transform America. She has several planets including the Sun in the sign of Scorpio. But will she succeed in being a positive role model for passion? This archetype can also attract revenge, jealousy and all the other negative traits. We have seen that she is a survivor, a true Scorpio in that sense. It will be interesting to see if she can use her power in a pure way, to win and transform her country for the better.

The full article by Dan Bobinski , “The Power of Passion“.
There are also other interesting articles from him and others on this site about management issues.

Not from Scorpio’s this time…

“Power is like being a lady… if you have to tell people you are, you aren’t.” Margaret Thatcher

“The attempt to combine wisdom and power has only rarely been successful and then only for a short while.” Albert Einstein