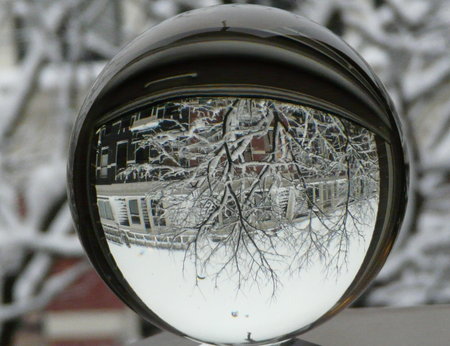 The image most people have of astrologers is that we look into the future, and as such are often expected to be able to predict it. Astrologers themselves are divided on whether we can give accurate predictions. Like anyone who looks at the future, from pollsters and financial advisers to actuaries, we have a right to use our craft to offer our predictions. However, although we are incorrect as often as anyone else, we, like psychics, are judged more harshly when we get it wrong. 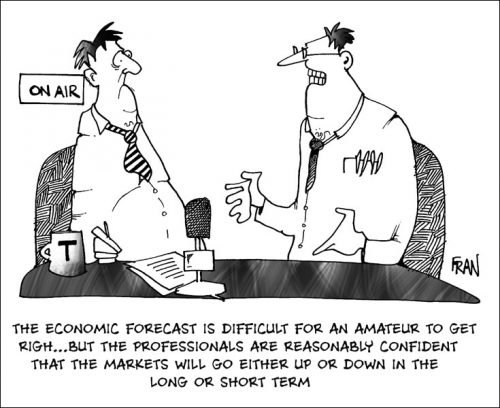 Can we predict the future?

Clearly not always. Professional astrologers at a major conference in the US all called it for Clinton, just weeks before the US elections – a fact widely covered (for a change) in news outlets. Unlike our sign of the month, Scorpio, the predictions were a bit more nuanced than a total yes/no. And many other astrologers had predicted a Trump win. Astrologers often have differing views, as do other future watchers.

If you read my blog, you will know I always sit on the fence when it comes to prediction. I say I am too much of a wimpy Aquarian and don’t like being wrong! But in truth I really don’t think it is possible. To me, what we each do, decide, and especially believe, matters and has influence. As we now know from quantum science, our attention or focus on a particular thing can change the outcome, and this is dynamic. If we are constantly in fear of something, the probability of that ‘something’ happening is higher. Hence the often given ‘spiritual’ advice to focus on the positive and count your blessings.

I think the fact that so many were fearful of a Trump win, and weren’t entirely convinced by Clinton, had an impact on the result. And in my opinion, this influence CANNOT be seen using pure astrology. I believe many astrologers are very intuitive and this muddies the water in terms of what astrologers (not astrology) are capable of.

So knowing that we are being held up to a higher standard than others, should we predict? Well yes. But this is a plea for astrologers to show some humility. I haven’t heard a peep out of many astrologers who got it wrong, but I have seen many who have said they got it right – admittedly not exactly gloating –  and there is nothing wrong with pride in being right. But where does that leave us? So far, I have only seen three brave astrologers (and I’m not saying they are the only ones in existence), reflect on why they got it wrong, although I have heard the argument of ‘Oh well – Clinton won the popular vote so we really got it right.’ Er, sorry – I don’t remember new counting rules coming in during the election!  Bernadette Brady, a well-respected astrologer, was caught between predicting a victory for the democrats, and the fact that Hillary would not be inaugurated. She describes herself as still mulling it over, trying to marry two predictive techniques and, more importantly, learning from the experience. ‘More of this wanted’ I say!

By predicting, astrologers (and others) need to take responsibility for how this affects not only the image astrology has, but also how it affects people’s lives. If the press have a huge influence on how people vote, astrologers must also admit to having one too. Many people think astrologers know what the future has in store. That’s a huge responsibility. Rarely do I see astrologers say before a prediction: ‘This is just my opinion based on my use of astrological techniques’. I wish more people would make that clear. Otherwise it maintains an image of deterministic astrology that many of us are attempting to change. And getting media coverage for predictions exacerbates the problem of astrology being seen as a tool only for these ends. 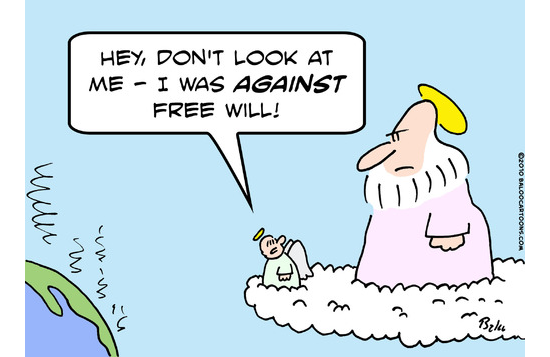 One of my favourite astrologers was Dennis Elwell. He famously wrote a letter to shipping companies warning of possible problems in 1987 (see below for links) which of course they ignored. Sadly there was a tragic accident with one of P and O’s ships, ‘The Herald of Free Enterprise’. Dennis had the courage of his convictions. His book ‘Cosmic Loom’ is on my ‘must read’ list for astrologers. He states in an interview: “Instead of striking an oracular stance we have to educate the public to regard our pronouncements in terms of probabilities – best bets. We need to be able to discuss our failures, and how techniques might be improved. After all, economists and meteorologists are not expected to be infallible.”  I have seen him lecture many times and he always talked about probabilities. He was very witty and liked to use astrology to predict horse race winners. Useful predictions! I miss him at conferences.

And while I am at it…

I have never seen so much horse manure from astrologers pontificating on Hillary Clinton’s birth time. Guys – and most of you who have said that you have found the correct time are guys! –  her birth time is not available to anyone except inside the family and at the birth registry. You haven’t found it. There is no way to prove rectifications of any birth times. The way Hillary’s birth time has been handled in the astrological community is embarrassing and unprofessional – please make it stop. 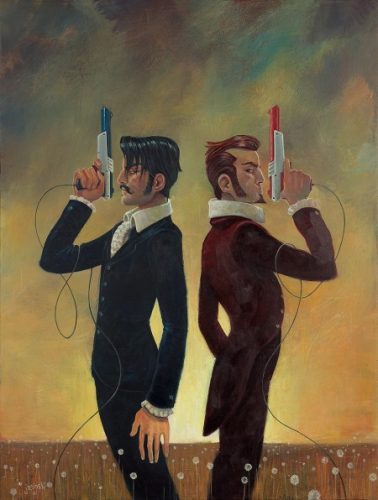 The Duel by Aaron Jasinski

A bit of a passionate Scorpio rant there, but I do feel strongly about this. To those of you who don’t know astrology – there are plenty of things you can do with a horoscope without an accurate birth time. We can do more if we have a birth time of course, but I am constantly amazed by the number of people who think they can’t consult an astrologer if they don’t know their birth time. This is really a pity as there is much we can offer. For astrologers who don’t wish to work without a time, please pass prospective clients on to those of us who are happy to do so.

Why does anyone want to predict the outcome of something? And why do astrologers’ clients want a prediction? Yes it can be fun, a competition or a test for our skills – nothing amiss there. However most other future-watchers do it because there is a decision to be made or a risk to be taken. I don’t imagine pollsters are doing it for fun! What will be the zeitgeist next year if you want to design for fashion? Or if you want to invest? Or if you want to sell your house?

Knowing who will be president of the US before the elections are over won’t really change most people’s decisions about their lives. That’s not to say that astrologers shouldn’t learn by doing predictions. But it means we should reflect on the results. I am constantly trying to understand how the universe works by using astrology, but I do that for myself and to be a better astrologer.

I think we need to make astrology more useful. Clients are often trying to do what I call ‘future control’. Somehow, if they know what to expect, they can prepare for handling it. But are we creating an outcome or a focus for clients by answering their questions about the future? Personally I am much happier with offering advice on positive options that I see as being in tune with the cosmos. And letting clients take responsibility for their own decisions. You can’t control the future, not everything can be influenced. But you can have input and try to co-create with the planets. That’s my take on it and how I aim to help. Although life can be frustrating or downright painful, we can always do something to help ourselves. 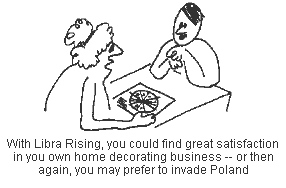 So what about Hillary and Donald?

I know a lot of people are really upset about the results and are worried about the future. But I think we can and must co-create the future. As I mentioned in my last post Hillary and Donald are perfect. This result is getting people, especially women, fired up. However my warning is that we need to have a positive goal, and I’m glad to see this suggestion appearing on social media.

Back in 2011 I wrote: “… Hillary has the planets Mars and Pluto together in Leo. One translation – she is attracted to sexy, powerful men who love the limelight. And she loves to be the power behind the throne. That’s perhaps her calling.” I was discussing her relationship to Obama at the time. Maybe her life path pattern is to be influential by being in the background, where she can get on with real work. Perhaps that’s where she does her best work.  I hope she continues. She has often said that she is unpopular before she gets a job and very popular once she does it!

Trump’s life patterns could make him dangerous, particularly for the rest of the world. His story is about competing and winning, whatever it takes. He bullied his brother, (together with his father) and ended up being top dog in the family. The way he does business is very ‘Mars-y’ and if handled consciously, Mars energy can be very productive and brave. But Trump will clearly employ whatever it takes to win the battle in front of him. Or use money. He will defend and protect his own, no matter what that means. He may be able to extend this quality to defend the US, but I doubt whether he can fight for the world. He can sell, but can he implement? It’s about winning for him and he flourishes when he has a competitor. This is a very patriarchal way to operate. If any competitor, outsider, or country threatens him, Mars will shoot! A short fuse and a macho way of operating is a dangerous combination. 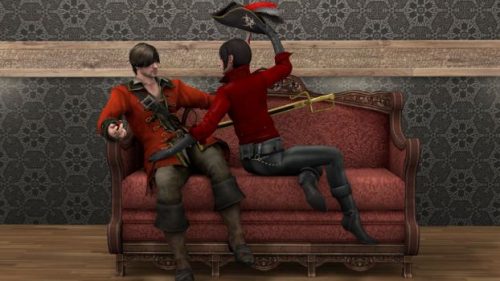 Mars being disarmed by Venus – by Zeus HK

I hope there are enough sensible Republicans to keep him in check. It will be difficult, as he is clever enough to get people around him, such as his family who are getting top posts, who will do as they are ordered. But money can’t buy everything. I wonder what will happen when someone goes against him? Two strong women in the form of Nicola Surgeon and Angela Merkel have already declared their hands! As I have said often, again in my ‘broken democracy‘ post, we need women to step up.  I’m not suggesting we need to go back to matriarchal times – we need a new ‘together-archy’. What isn’t helping from either side is vitriol and blame. I always think the world is as it should be for what we need to learn. It’s what we do next that really matters!

Yes – got carried away again – there are many views!

An article I agree with Trump is proof: Feminism isn’t free

A wonderful article by psychic/ medium  Danielle Egnew on What went wrong with the Clinton Presidental Election.

A good talk by Elizabeth Lesser on how to talk to ‘the other’ – good advice for the future.

An article on the predictions at the conference – Grrr – when will the press learn we are not astrologists!

And Russell – at his splendid best.

Background for astrologers on Hillary’s birth time in the TMA.

An article on Dennis Elwell’s predictions.

A round up of predictions by Mark Cullen.

A long and honest reflection from Chris Brennan on the astrology podcast. To be clear, his type of astrology is not mine, but he makes some interesting points.

An interesting article about this song.

Lyrics of Democracy – Leonard Cohen’s words maybe giving some hope. He seemed to have a gift for seeing the future. No wonder I loved him. May he rest in peace.