Taurus time again – it seems to come around quicker each year. Am I sounding like an elderly person? According to scientists, time is actually speeding up, so maybe it isn’t just me! Anyway, I have taken the time to enjoy the wonders of nature at this fertile time of year here in the north. My photos this month will be testament to that. 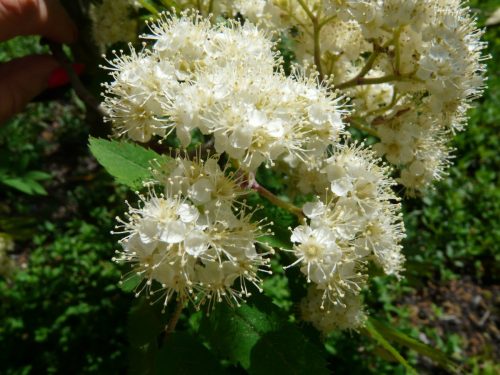 Hawthorn or maybe a Myrtle – or even a Ninebark – anyone?

It’s been a funny Taurus period this year, as we have had a lot of planets backing up all at once. My view on this is that it is not necessarily negative, we just need to go back to things. Take the chance to re-think and revise opinions (Mercury), review strategy (Jupiter – although he is now going forward again), redefine our responsibilities (Saturn), investigate why an old approach might need an update (Mars), and then there is Pluto retrograde from April all the way until September – enough time to really research power and passion and what they mean in your life. But this is the Taurus post – so back to the simplicity and calmness of the bull… 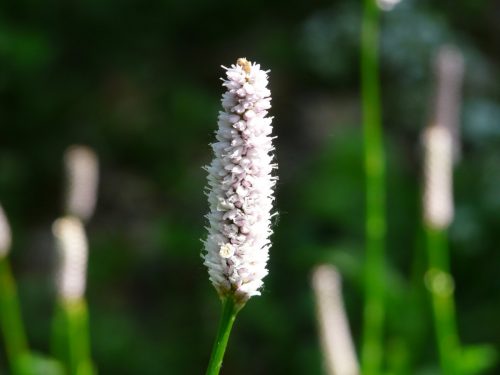 No idea what this is but it was very strokable – important for Taurus time!

My two men of the moment, who have quite a lot in common astrologically, are both up for a fight! Sadiq Khan won his battle and was elected Mayor of London on May 7th. At age 45 (a significant turning point in one of the astro systems I use), he is a seasoned Labour politician, who has broken an eight-year conservative hold of London. No mean feat. As the son of an immigrant from Pakistan, he has seen various facets of UK life on his road to becoming Mayor of one of the great cities of the world. Sadiq has been a valued politician for many years, however the main fact that was reported in most media outlets is that he happens to be a Muslim. At least there were some news items that didn’t have it in the headline, but they were few and far between. Of course it is an interesting fact, but is it really the most important one? 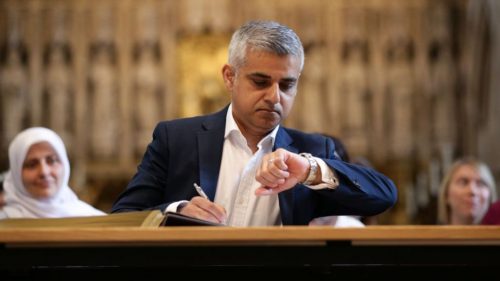 Bernie, on the other hand, gets labelled as a socialist, with which he agrees. However in the US, that often appears to be an insult. He too has had an exceptional career and is the longest serving independent member of congress in history. Also no mean feat. He is still very much in fight mode against Hillary Clinton. 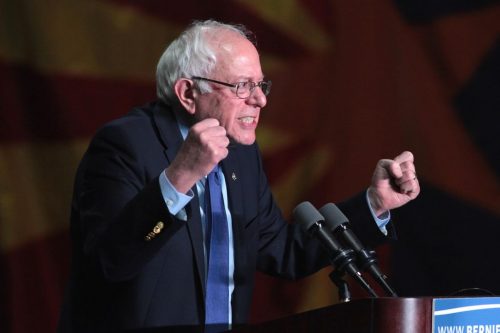 Bernie Sanders ready for a fight – his Aries planets are often visible!

Although I have no idea what these two men think of each other (Sadiq is backing Hillary, as he finds her a good role model for his two daughters), I was struck by their astrology and the fact that they both share many planets in Libra and Virgo. And they both have Saturn in our sign of the month, Taurus. 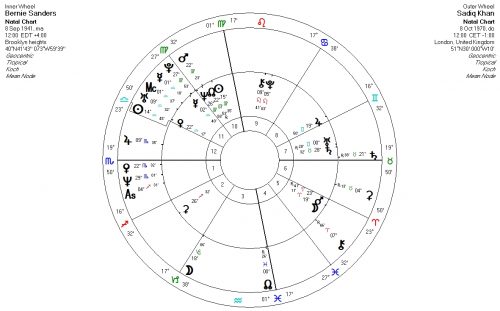 So what are they good for?

Although there is a birth time floating around the web for Bernie, it has not been verified, and there isn’t one for Sadiq as far as I know. However, there is a lot that can be said without a birth time. Here’s a part of my Vocational Profile book:

‘Saturn is often said to be an indicator of profession. Personally I have never found this to work very well. By sign and house he does describe where our goals might lie but more often I feel he represents fears which can cause stumbling blocks in life and particularly in our work. However I do feel that whatever Saturn touches by aspect has the potential for expertise. Saturn gets very bad press from many astrologers, and I think we need to stop that.’

Saturn in Taurus can represent a fear, perhaps of being poor or of having to be careful with money. Sadiq Khan’s top manifesto promise was to provide new homes for all Londoners. Saturn in Taurus likes to have safety in concrete possessions. Bernie Sanders is a member of the Committee on budget; he knows the value of a buck. He’s always criticising billionaires and talking about the unfair divide between rich and poor.

Bernie’s Saturn picks up two planets in aspects (for you astrologers – quintiles) that, for me, highlight talents. One is Venus, showing that Bernie takes financial responsibility, fairness and decency very seriously. He has budgetary expertise and he respects relationships. He will value the norms and values of others, he is not just saying so. He is known for his ability to bring people together. And for his consistency.

Sadiq’s Saturn also picks up Venus, so he will share these talents, and he is no stranger to budgets either, having been in business himself before entering politics. He was a human rights lawyer – also emphasising the idea of being an expert on ‘fairness’. He takes it seriously. He has Saturn contacting several other planets too: Mars (a disciplined and responsible style), Neptune (takes concrete steps to make the world a better place and able to manifest his dreams), Pluto (able to take on major tasks and handle difficult situations through a determination to win), possibly the Moon, depending on his time of birth, and perhaps the most important, the Sun, which I use as an indication of vocation – more later. 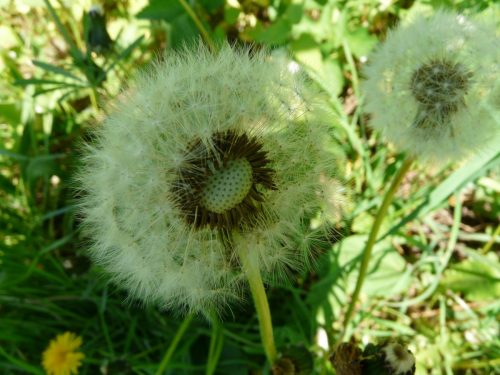 Apparently we should be eating these before they get to this stage!

So what are they here for?

As I mentioned above, both their charts show an emphasis on Libra and Virgo energy. The ideas of decency, fairness and building dialogue and relationships, as well as wanting to serve in a practical way, will be important for them both. But of course there are differences. Bernie is a Virgo. His heart lies in being helpful, useful and serving the greater whole. He has been active in Virgo areas such as health care, labour laws and pensions. His vocation lies here, along with a Jupiterian twist – a true politician, interested in the law and education. His service to the world is to offer a vision or strategy to the US. He is able to see the bigger picture and to change philosophies and belief systems. It works in him as having a positive and optimistic  view – one that gives hope. That is his gift. But Virgos don’t really want to lead – manage maybe! His Moon in Aries next to Mars means he needs to ignite a movement and be a pioneer. He loves defending the underdog. And he is surely doing that with his enthusiasm and ability to confront important issues. He is a leader in this way – as a spark for a new direction in US politics. He likes a good fight and loves to win. A true competitor and a worthy opponent for Hillary. ” 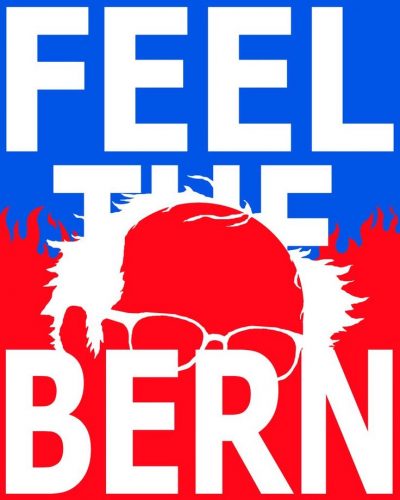 Sadiq also has this Virgo energy, but his heart is Libran – making these values more important for him in his role as a leader. He is a good negotiator who will work for equality and be able to bring people together. His Sun makes more connections too. His vocation shows shades of Saturn as I mentioned already, so he is a good manager, teacher and a good planner. An expert in all sorts of structuring. He has vision, but in a different way from Bernie; he has a compassionate view of how London (and the world) could be. He is a true creator and can visualise the future. Along with Donald Trump and Hillary Clinton he has the Sun contacting Uranus – he too is a change agent. He will wake up London and although he is solid and dependable he has a rebellious, unorthodox streak. A man for the future.

Where Bernie has the pioneering Aries energy, Sadiq has more Scorpio energy (as does Hillary who is a Scorpio – which is maybe why he likes her). This will give him more ability to take on power and lead people by being able to read them well. He does his research and therefore will be up to date on issues. He probably likes to be in control and if he is set on getting something, he will be hard to move – stubborn emotionally as well as mentally (Uranus), and passionate and loyal. 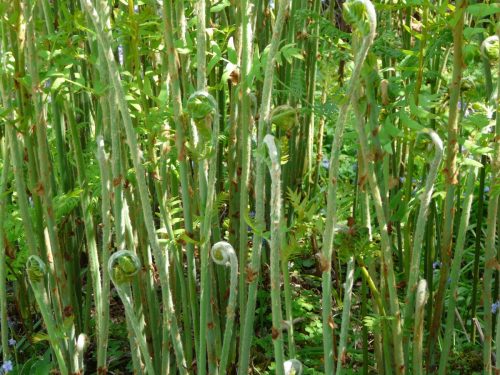 It will be interesting to see what Bernie can achieve, but whether he wins of loses the nomination, he is being true to who he really is and living out his horoscope in an authentic way. That, to my mind, is success!

Interesting websites of the month –  Sadiq

Sadiq Khan has said that he will visit the US before January 2017 just in case Trump gets elected and Muslims are banned from entering the US!  Donald Trump on Sadiq – doing what he does best!

An interesting article on Khan by fellow astrologer Jessica Adams. 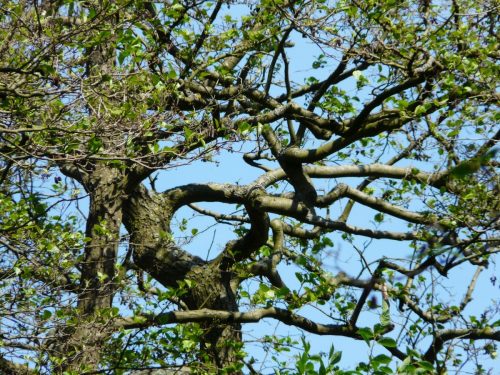 Interesting websites of the month – Bernie

Three views on the maths – you’d think they could agree on that!

This is What Will Happen at the Democratic Convention

How steep is Sanders’ ‘uphill climb’ when it comes to pledged delegates?

And one for fun

But as prediction is not my thing, who knows what might happen? However  I do so agree with this. I was alluding to this last time, but Danielle does it so much better – even in her pyjamas!

“I think to try and look for differences, to try and turn communities against each other is not conducive to living successfully and amicably”. If Trump won the U.S. election I’ll be stopped from going there by virtue of my faith, which means I can’t engage with American mayors and swap ideas. Conservative tacticians thought those sorts of tactics would win London and they were wrong. I’m confident that Donald Trump’s approach to politics won’t win in America.” Sadiq Khan showing his Libran ideals.

“Donald Trump and those around him think that Western liberal values are incompatible with mainstream Islam – London has proved him wrong”. “I hope she trounces him”. Sadiq Khan – shades of Scorpio?

“Balancing the budget on the backs of the elderly, the sick, the children and the poor is not only immoral, it is bad economic policy. It is something that must be vigorously opposed.” Bernie Sanders also showing Libran principles of fairness.

“The rich people apparently are leaving America. They’re giving up their citizenship. These great lovers of America who made their money in this country- when you ask them to pay their fair share of taxes- they’re running abroad. We have 19 year-old kids who died in Iraq and Afghanistan defending this country. They went abroad. Not to escape taxes.” Bernie Sanders – calling it how he sees it – Aries?