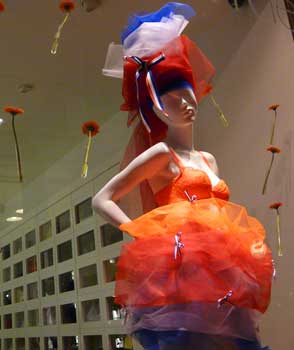 It’s Taurus time again – and after a very cold winter, everything is finally growing madly – as it should in the time of the Bull.

However, in recent weeks, this fecundity of green has been somewhat overshadowed by the preparations for the inauguration of the Netherlands’ new king. This culminated in Amsterdam – enough reason for everything around me to turn orange (and red, white, and blue of course)!

In my blog post, Branding the Bull, written before the main event, we (Strut your Stuff) had fun making a new logo for our new King, Willem-Alexander. I said in the blog: “The inauguration of Willem-Alexander as King, together with his Queen, Maxima, has got astrologers waiting with bated breath to see what time he takes the oath. The walk to the church starts at 14:00 – I couldn’t have picked a better time for it. It is the perfect time of year, as Willem-Alexander is Taurus the bull, as is Maxima.” 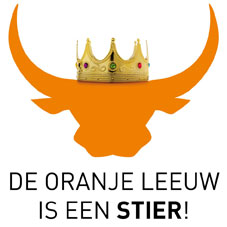 Translation: The orange lion is a bull

And indeed there was a LOT of astrological discussion, after the event, about the actual times. The question of Queen Maxima’s birth time raised its head again too, an ongoing source of delightful postulating.

We astrologers are obsessed with minutes – but why? After all – why should we care if Queen Maxima was born at 20:05 in Buenos Aires, as is allegedly stated on her birth certificate, or at 20:04? And did the people noting the time round it up to 5 minutes, as often happens, or was that really the time. And was the timekeeper’s watch correct? These are deadly serious questions for any astrologer worth their salt.

It’s all about what’s coming up!

Many coming to my practice have heard of the ascendant, although most have trouble saying the word (understandably) and many more don’t know what it is. So I am going to expand on it here, as it has proven to be important throughout astrology’s history. Firstly, it is an actual point that can be measured. It describes an astronomical rather than astrological point. It is the sign of the tropical zodiac that is on the eastern horizon at a particular moment. This changes during the 24 hours of the day – how much, depends on the season and where you are on earth. On average it moves through the zodiac at about one degree every 4 minutes. So this means that twins can be born when different signs are on the eastern horizon – i.e. they can have a different ascendant or rising sign. Astronomically no problem – but astrology always wants to know – what does that mean? How does that manifest in anything born at a particular moment?

The trouble with Maxima

So here’s where we get into trouble – because astrologers always have their own arguments as to why their ideas are right. If Maxima is born at 20:05 she has Capricorn rising. However if she was born at 20:04 she has Sagittarius rising, which many of my colleagues are adamant is the right one for her. Yes – nothing like arguing about things like this – we have to get our fun somewhere! My view is that we will never know. I tend to go with the birth certificate, but keep an open mind. The problem with Maxima is that you can see both these archetypes in her character. 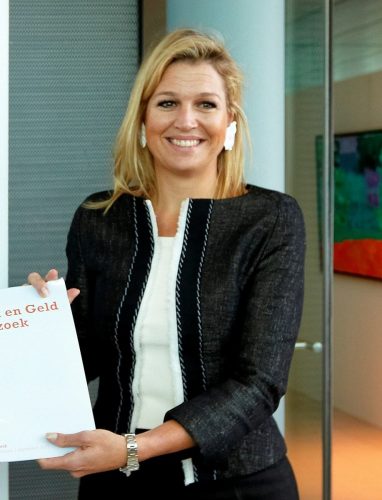 Princess Maxima in 2011 from Wikipedia

But what does the ascendant mean? – I hear you ask…

and what if I haven’t got one? Indeed, if your birth time is unknown, it is the Ascendant that can’t be calculated. With the exception of the Moon, which moves fairly quickly, the planets dont move much during one day and most people know their birth date and place (although I have had clients who don’t know their birth date!) I can still give a lot of information even if the birth time is unknown, but the time adds a lot to the chart, as it provides a symbolic orientation to our surroundings. The symbolism of the sign rising in the east has an element of sunrise. The start of something, the birth moment, our first look at the world. Some would say it is the lens through which we see the world. It is also described as our front door – how we meet and welcome others. The clothes we wear. What we emanate. In branding I call it our image. So it is important, as it defines how others see us, even though we might be very different inside.

So I started to think about the word ascendant. It means rising, as it comes from ‘to ascend’. But it has a taste of hierarchy about it – ascending to the throne means gaining superiority. Perhaps the rising sign is superior in some way. I think it is important, as it describes our birth moment. In my opinion, how that moment is experienced has a life-long influence.

I really wanted the moment of our new king’s inauguration to have the royal sign of Leo rising. I know that’s a bit ‘signist’, but I thought that it would be fitting for the occasion. However, I always try to stay open and learn from what the reality shows. That’s why I was glued to the screen watching what happened at what time. Yes – sad I know – but I did venture out later.

14:00 All the guests were in the church after a few delays, but broadly, things went according to schedule. The whole entourage including King Willem-Alexander and Queen Maxima arrived. As an aside, Prince Albert of Monaco was the last to arrive before them, and the first to leave after them. He was the exception to a rule that I didn’t know about, which states that no-one who is of equal or higher status than the monarch being inaugurated, can attend the inauguration. That’s why the guests were all crown princes or princesses and why no kings, queens or presidents were invited. (I’m not sure how Prince Albert got an invitation – obviously who you know!)

You could take the official beginning of the meeting (which is actually what it was) as the important time, and indeed, 14:00 does have Leo rising! 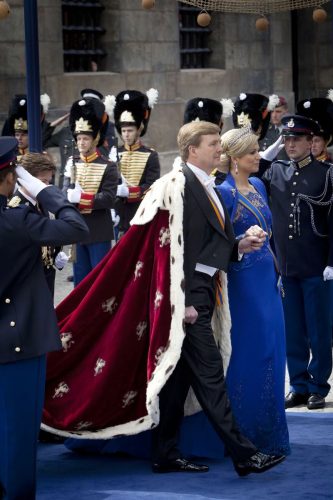 But am I getting ahead of myself?

Legally, Willem-Alexander became king at 10:07 in the morning when his mother, now Princess Beatrix, signed the abdication document. Some astrologers argue that this is the most important moment. At the signing, Cancer was on the eastern horizon. For me this suggests that the zeitgeist of the moment was about Cancer, the mother, children, families. There was a huge emotional charge at this time for Beatrix. This moment was for her. Shortly afterwards, she introduced her son as the new king and he kissed her. Family bonds. Princess Beatrix also embraced Maxima. Shortly after that the three royal children – all girls – known by the king as Triple A, appeared with their parents on the balcony. Amalia, at age 9 now the crown princess, Alexia and Ariane. Happy families – Cancer at its best! And Cancerian tradition carries on. 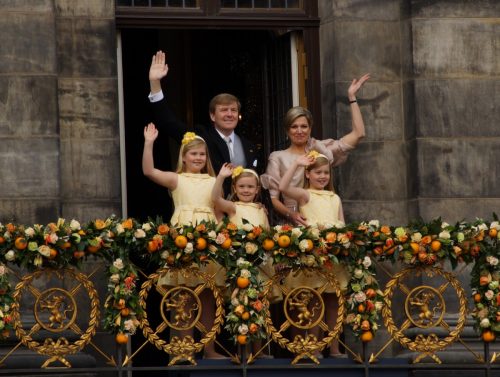 Personally I thought that the moment he swore the oath would be the important one. This is when he actually accepted the job and agreed to abide by the statutes of the country and the constitution. He is not crowned (the crown is displayed beside him) and he is not above the law. I wonder what he did between 10:07 and swearing the oath! I hope he made the most of it. He had to give a speech first (more of that later) – so would he make the oath before 14:14 when the rising sign changed from that sign of kings, Leo, to service-oriented Virgo?

And of course the universe always knows best!

Noooooo – he swore the oath at 14:21. Virgo. Of course I was curious to see what actually happened at 14:14. And indeed it was fascinating. King Willem-Alexander gave a speech and included in this was warm praise for his mother. At the end of this part there was a prolonged applause for the abdicating queen – nearly a minute in fact. A long thank-you. During the time that the sign of Leo had been rising there was all the pomp and ceremony of everyone arriving and some great hats! 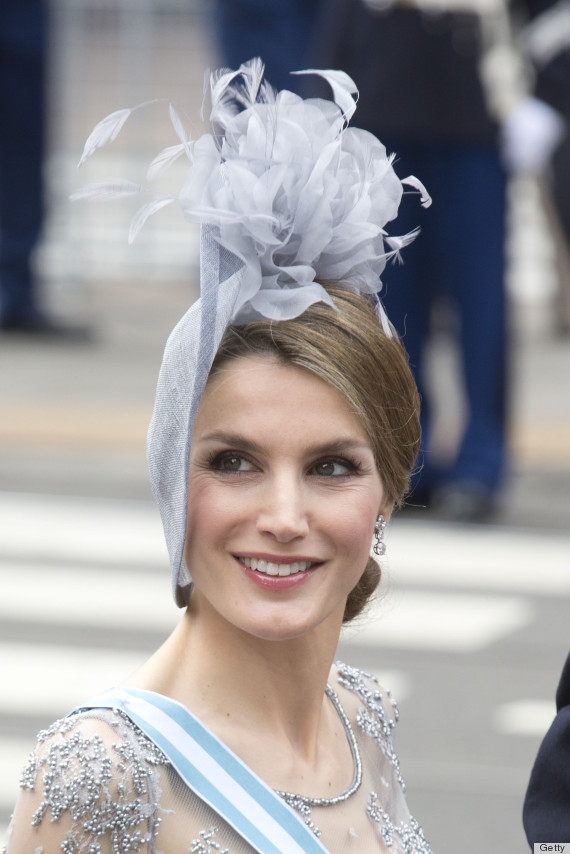 But at 14:14 there was an ending – the last salute to Beatrix. The king’s speech then continued:

“Each monarch fulfils his duties in his own fashion. He is a different person from his predecessor, and he is of a different time. The monarchy is not a static institution. Within the bounds of our constitutional rules it has always managed to adapt to changing circumstances. The States General and the ministers have always given the monarch the necessary scope.

At the same time, the monarchy is a symbol of continuity and unity. It is a direct link with our constitutional past. It is a historical tapestry, which together we are still weaving today. The basis for the values we share can be found in our history. One of those values is the monarch’s role as servant of the people. The King performs the duties of his office in the service of the community. This deeply rooted principle was laid down by the States General as early as 1581, in the Act of Abjuration, the birth certificate of what would eventually become the Netherlands.”

I have highlighted a few words in bold because they are Virgo-like. As an aside, I have noticed in my research, that Virgo is often involved when families hand down power to the next generation. This part of the speech is about him serving and promising to do his duty. After all the Leo displays, having seen ‘the dress’ and heard about family bonds – (Leo is also the sign of the father and Prince Claus, who died a while ago, was also praised by Willem-Alexander earlier in his speech) – it was down to the Virgoan daily grind – back to business! The mood changed. Virgo rose.

King Willem-Alexander takes the oath photo from www.koningsdagnederland.com (no photo credit given)

But there was a lot of Taurus about –  so it’s goodbye to intellect, and hello to a sensual, earthy, practical, business-like monarchy!

The full king’s speech in English.
and in Dutch.

I think the king may have been reading my book where I advocate daring to be authentic! This is from an interview before the big day.

Of course he does have an Aquarian mother who he, quite rightly, clearly listened to. She gave him this advice: “Blijf jezelf, … Als je authentiek bent en gewoon jezelf blijft en aantoont waar je voor staat, dan kan je het lang volhouden op deze manier.” Stay yourself,… If you are authentic and stay true to yourself, you can carry on for a long time.

Both quotes from the then Crown Prince of the Netherlands, Willem-Alexander.